Unlike Apple, Huawei is Confident about the Strength of 2019 with a new Folding Phone, 5G and a 3D Camera 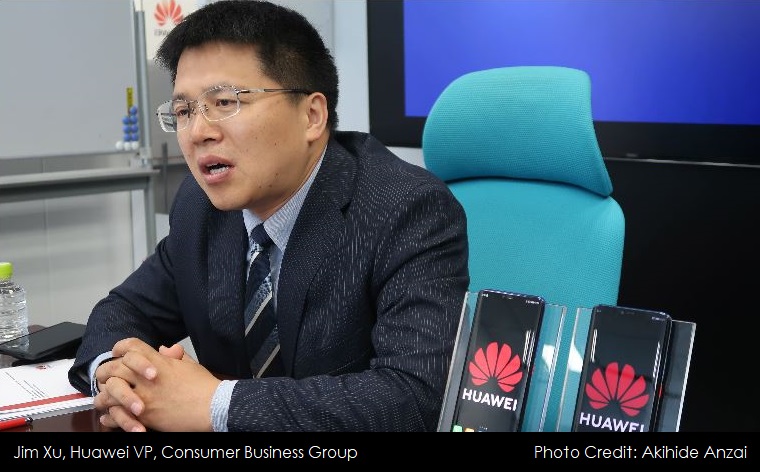 With Apple's forecast for the holiday quarter being cautious and their announcement that they would no longer be reporting hardware data, Apple's competitor Huawei has decided to go on the offensive aggressively promoting his company as seeing strong growth for 2019 with great new products to stimulate consumer excitement including a folding phone and 5G. In addition there's a new rumor out today of an advanced 3D camera from Huawei soon to be revealed.

The Nikkei Asian Review (NAR) reports that "Huawei Technologies is expecting the global mobile market to be 'stable' in 2019, in stark contrast to growing pessimism from rivals over the outlook for sales next year.

In the second quarter of this year, Huawei overtook Apple to become the world's second-largest smartphone maker after Samsung with roughly 16% of shipments. The South Korean group meanwhile, saw its share drop by almost a quarter to about 21%."

For Q3 2018, Counterpoint's Global smartphone chart shown below has Huawei with 14% and Apple with 12% market share. 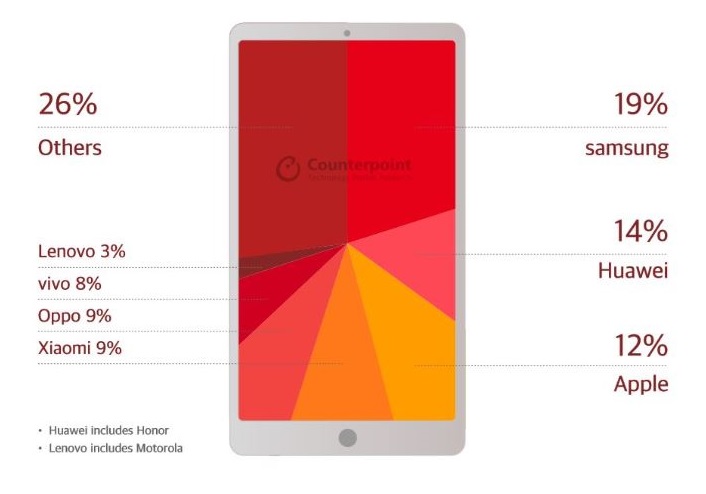 The report further noted that "Apple decided earlier this year not to disclose iPhone shipments from this quarter, reinforcing suspicions about sluggish iPhone sales.

Huawei is hoping that its planned 5G-compatible foldable phone will help to boost smartphone sales. Jim Xu, vice president of Huawei's consumer unit told NAR that "We will introduce details of the new foldable smartphone in the first quarter of 2019," which is likely going to be at the Mobile World Congress in Barcelona in February -- to score maximum publicity."

Samsung may also play up it's coming foldable smartphone due late in Q2 2018 (at minimum) which we covered back in early November in a report titled "Samsung reveals that their new Infinity Flex Display for Foldable Smartphones will go into Mass Production in 2019."

Xu went on to tell the NAR that "The next generation of mobile technology, 5G -- which features faster data transfers -- would be a new driving force for growth in this industry after 2020, (when Apple is due to launch a 5G iPhone), even though the company is likely to unveil a 5G ready phone in 2019.

Xu added that Huawei's smartphone was being designed with 5G in mind. Users will be able to enjoy a big screen in a foldable smartphone. It is very important for 5G services, which will offer high-speed communication. He pointed to gaming as an example and said a big screen and quick response would offer new experiences.

Xu admitted that Huawei would have to crack the U.S. market if it was to continue expanding. This could be difficult, given Washington's claim that its communications business is a national security risk.

Nevertheless, Xu said Huawei had not given up on expanding its smartphone business in the U.S. "If conditions permit, we are sure to do this," he said. For more on this read the full NAR report here.

Huawei may Surprise the market with a 3D Smartphone Camera

Bloomberg is reporting today that their sources reveal that "Huawei Technologies Co. is planning to unveil a new phone with a camera capable of taking three-dimensional pictures.

"The phone, code-named Princeton internally, will be announced this month and go on sale within a few weeks, according to one of the people who requested anonymity discussing private plans. The technology uses sensors developed by Sony Corp. that can accurately measure distances by bouncing light off surfaces, another person said. 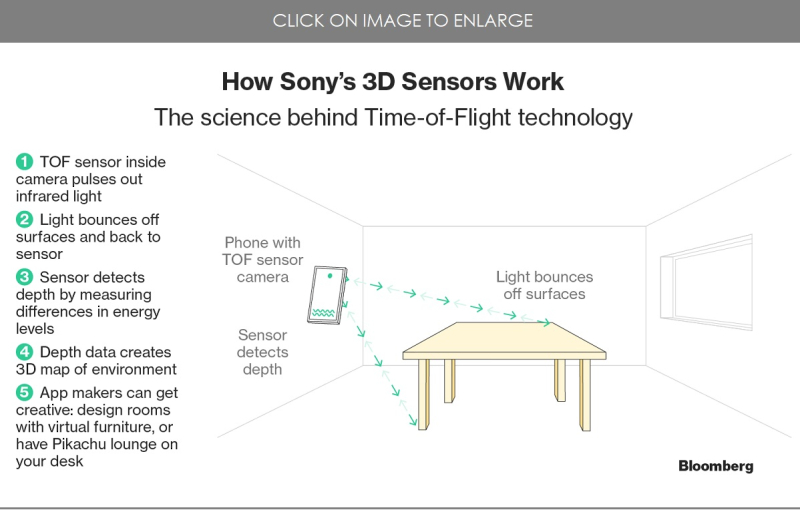 The new feature — simply dubbed '3D Camera' at Huawei — comes at a critical juncture for the smartphone industry, which is facing cooling global demand as consumers find fewer reasons to upgrade to new phones. Huawei is aiming to boost sales and win market share from competitors such as Apple Inc. by offering users the ability to generate 3-D models of themselves and the environment in real-time and share it with others.

Yusuke Toyoda, a sensors analyst at Fuji Chimera Research Inc. in Tokyo told Bloomberg that 'This is technology that has never been seen before and, at the extreme, has the potential to change how we view the world.'

Besides generating pictures that can be viewed from numerous angles, Huawei’s new camera can create 3-D models of people and objects that can be used by augmented-reality apps, according to one of the people. The new camera will also let developers control apps and games in new ways, such as hand gestures, the person said, who added that some of the details may change as developers work with the technology.

Huawei will probably feature the camera in more than one phone model, including some slated for later in 2019." For more on this, read the full Bloomberg report here.

Back in August 2015 Patently Apple posted a patent application report titled "Apple Invents Advanced Parallax Depth Rendering for Next-Gen 3D Photo/Video Apps and Beyond." Between that patent-pending invention, working with partner Sony and their ongoing work with their 3D depth camera team led by PrimeSense engineers in Israel, it's pretty clear that when this technology is right for market consumption, Apple will deliver it.