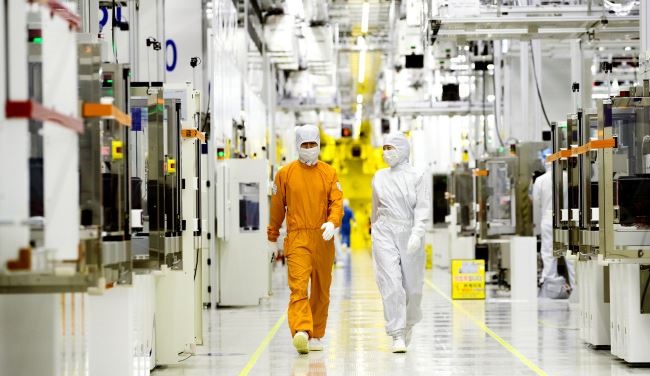 The tension between China and South Korea has been building. The sentiment of the Chinese consumer has turned against Samsung smartphones in favor of local brands sending Samsung's market share crashing to only 1% in the last year. Samsung was the number #1 smartphone in China for several years running.

Samsung still controls the majority of OLED smartphone displays sold to Chinese smartphone vendors and China obviously wants to change this situation so as to give local brands access to Chinese made displays.

Last week it was reported in Korea that "One of the main display manufacturing equipment suppliers of Samsung Display is being investigated by the prosecution for illegally selling the tech giant’s OLED display technologies to Chinese firms.

The Suwon District Prosecutors’ Office stated on Nov. 29 that it had indicted 11 executives and employees of Gumi-headquartered Toptec and its paper company based in China for leaking details of the 3D lamination manufacturing equipment, which allows an OLED display to be wrapped around the sides, to Samsung’s Chinese rivals, including presumably BOE.

Among the indicted, three of them, including Toptec President Bang In-bok, have been arrested while eight others will be investigated without detention. The two companies allegedly made 15.5 billion won (US$13.80 million) profits from the scheme.

The alleged leakage of the display technology, which is considered one of the nation’s key industrial assets, hit the Gumi-based equipment firm hard with its stock price nose-diving for two days in a row.

The company denied the allegations in an official statement saying that "We have been working with Samsung Display for the past 26 years and exported its pressing tech for curved displays to China in March this year after notifying the firm."