Today the US Patent & Trademark Office published a series of six Apple Watch related patent applications covering things like GymKit, Activity Rings, the new ECG app and even threw in a little hint that an Apple fitness band could be on the minds of Apple's engineers. 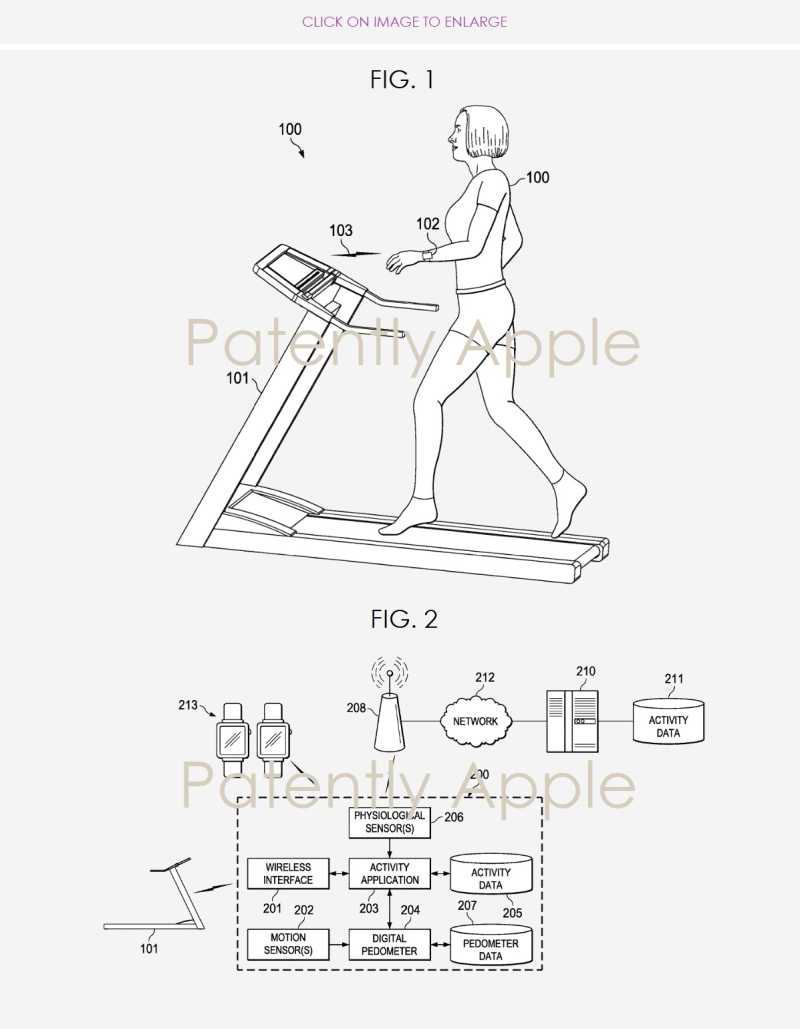 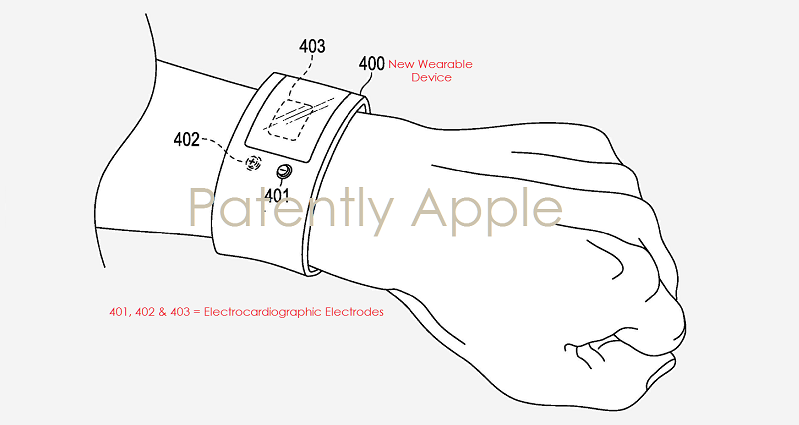 Patently Apple first covered Apple's invention to include an ECG system for an Apple Watch back in August 2016. Apple actually launched it this year with the Apple Watch Series 4. 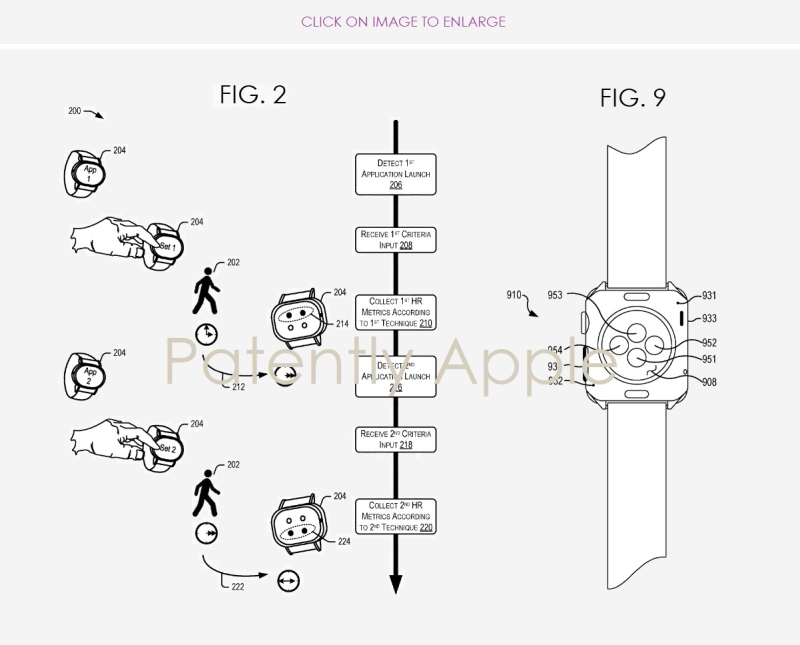 Additional patents regarding Apple Watch for fitness and health include: Physical Activity Monitoring and Motivating with an Electronic Device (This covers Apple Watch Activity Rings); and Physiological Sampling During Predetermined Activities

Could Apple's Engineers be thinking of an Apple Fitness Band?

The last patent for a fitness watch is one titled "Fitness Tracking for Constrained-Arm Usage" which is a rather interesting one. The one phrase peppered through the filing is "Fitness tracking." The main illustrations are Patent FIGS. 4 and 5 as noted below. Apple engineers and illustrators know the difference between an Apple Watch and a fitness band. Even though the patent throws us off by telling us and illustrating that device #100 is an Apple Watch, the illustrations tell us something else. Is Apple trying to throw us off, or is it a graphical anomaly? 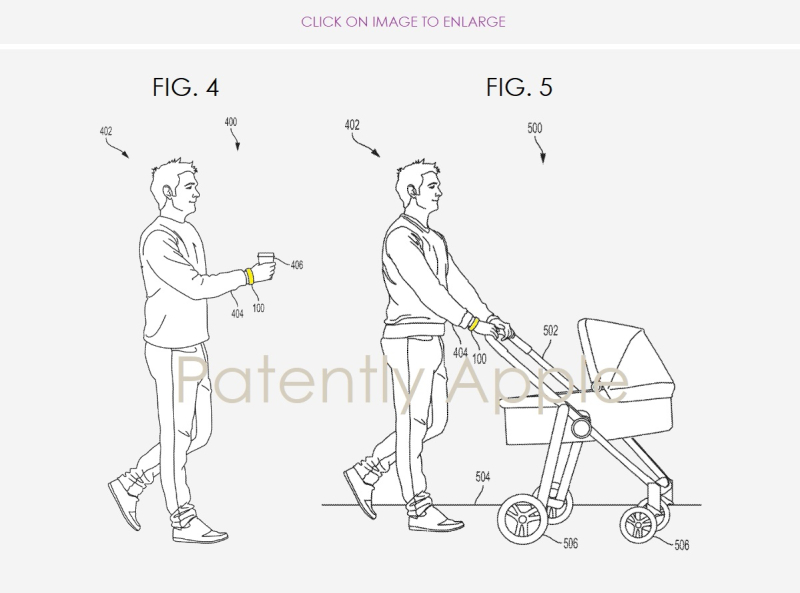 Generally I would say don't pay attention to the patent image as it's not a design patent and therefore Apple can use any graphic to express an idea or concept, which is true. However, in an earlier patent report this morning we find that it's Apple's own engineers who describe both a "smartwatch" and a "fitness watch" in the same sentence. It was a clear distinction, not an error. I highlighted that in our report because it was such an in-your-face oddity. Apple's engineers definitely know these are two distinct devices.

Is it a smoking gun? Of course not. But it could be a hint worth noting over time because the bands shown in Apple's patent figures are just too specific. It's a band without a watch head.

Clearly there's a market for a cheaper watch in the form of a "fitness band" and Apple may want to join in that market so that once on Apple's system they might upgrade to an Apple Watch over time.

It would never mean Apple producing a cheap $79 fitness band like Xiaomi's, but they could find a price point between the cheap bands and the Apple Watch to make it profitable. Think of it as a "Premium" fitness band.

Did Apple's engineers provide us with a clue about a "possible" fitness band in the future? Only time will tell.

All in all, it was a big day at the Patent Office for Apple Watch.