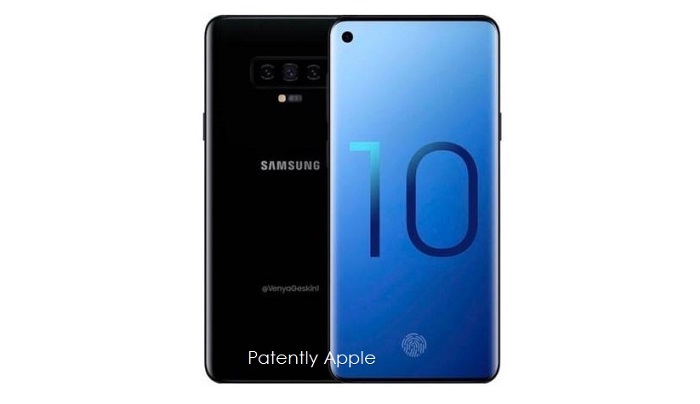 In November Patently Apple posted a report that talked about the crisis that Samsung was undergoing with their smartphone division losing a lot of ground in 2018 to Chinese rivals Huawei, Oppo and Xiaomi in Asian markets. The report also touched on a "punch-hole" display coming to the Galaxy S10 in early 2019 along with a fingerprint scanner under the display using ultrasonic technology.

The rumor of the "punch-hole' display coming to the Galaxy S10 became a reality yesterday when Samsung decided to first introduce their new Infinity-O display on their  next-gen Galaxy A8 for China well ahead of schedule. The images of the new display are presented below. They were taken from the Samsung shop found on their Chinese Site. 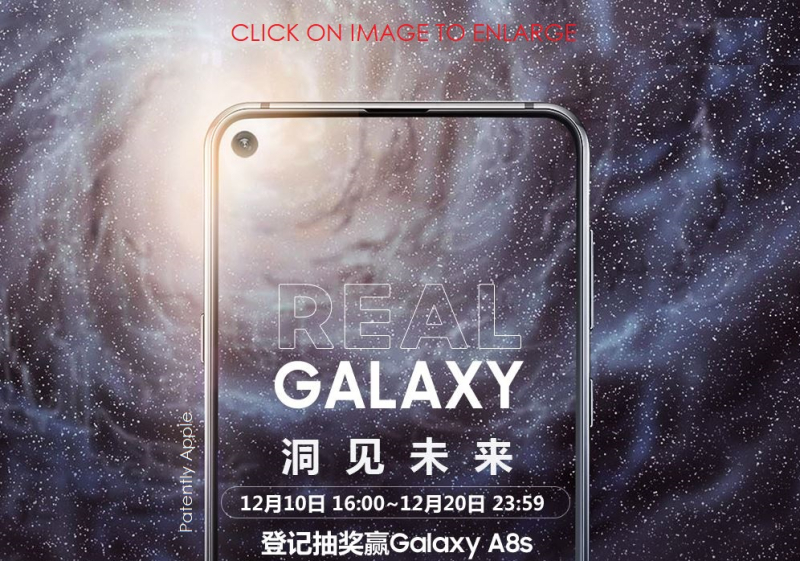 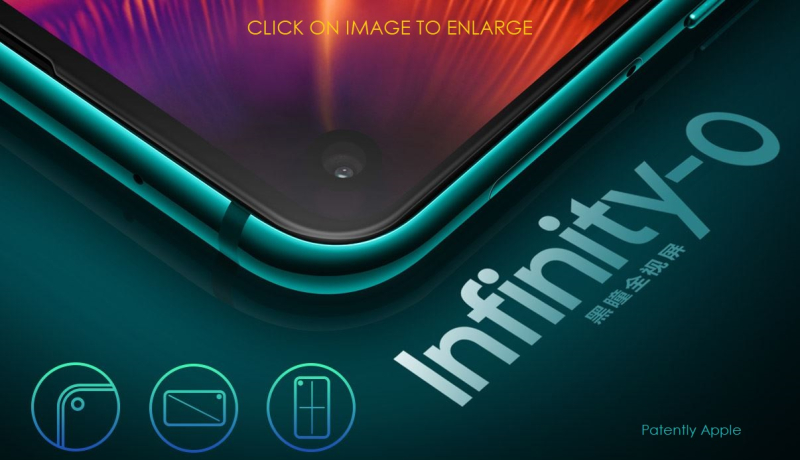 In a bid to increase its presence in the mid-end sector, Samsung mobile chief Koh Dong-jin vowed that the firm would beef up the mid-tier lineup by employing cutting-edge technologies before adding them to high-end models. The A8 going on sale on December 21 proves he is delivering on his word.

While the display design is nice and clean and definitely anti-notch, it's unlikely that Samsung will be offering both 3D Face ID and under display fingerprint as the Huawei Porsche Mate 20 RS does, as noted in the image below. 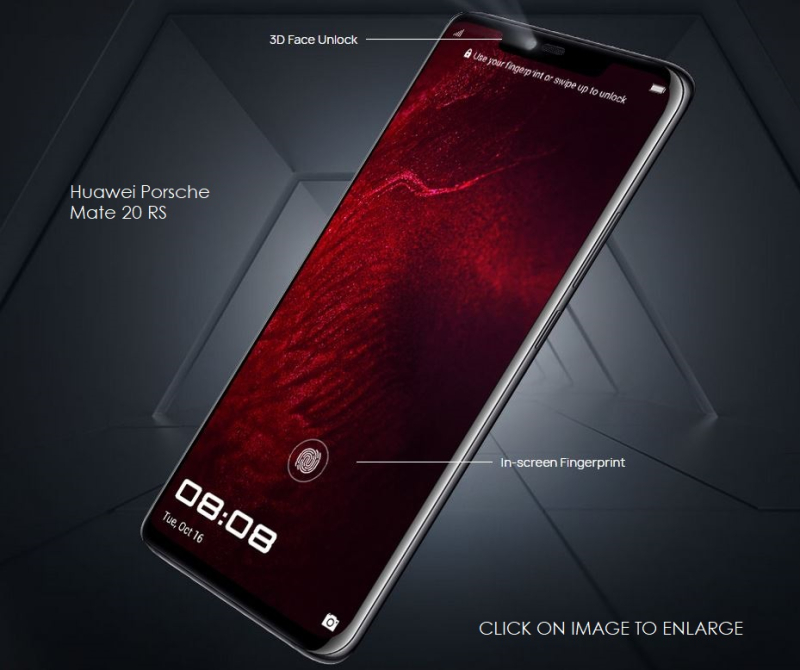 According to the specifications published on its Chinese website, the A8s will hit shelves on Dec. 21 in the local market. It is powered by Qualcomm’s Snapdragon 710 and equipped with 24MP, 8MP and 5MP triple camera modules on the back while sporting a 24MP single camera on the front. It also features a 3,300mAh battery, and comes with either 6GB or 8GB RAM options and 128GB internal storage.

The Infinity-O display with 19.5 to 9 aspect ratio will likely be a killer feature as it frees up more screen real estate for users, especially those who heavily consume media content. The latest unveiling is thought to be in line with the anticipated debut of other smartphones featuring a similar punch-hole display, including Huawei’s Honor View 20.

A Possible Shift in Fingerprint Technologies for the Galaxy S10

Industry sources told the Korean publication with knowledge of Samsung’s plans for future smartphones that the two higher-end S10 variants are expected to utilize an ultrasonic fingerprint sensor while the lower-end will likely use an optical sensor.

The Korean report lastly noted that "Rumor also has it that the mid-range S10 may have a biometric sensor installed inside the power button located on the right side of the phone. 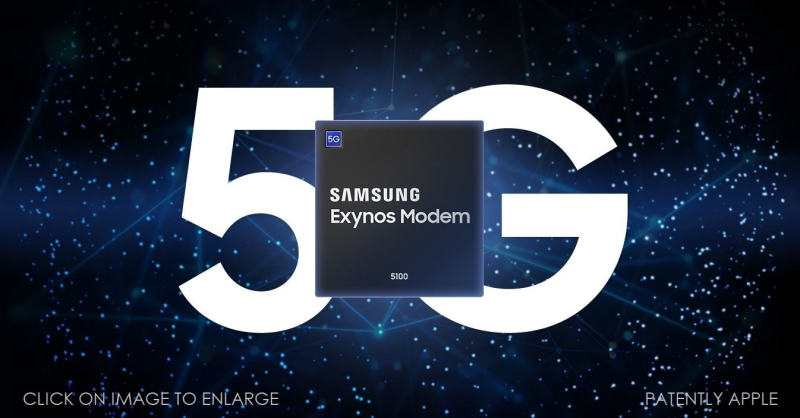 During Qualcomm's 3-day Snapdragon Tech Conference last week, Verizon confirmed that they have partnered with Samsung to deliver a 5G ready smartphone in the U.S. in early 2019. Samsung will use its own Exynos modem 5100 and not Qualcomm's 5G modem.

The official announcement was made last week in addition to the company launching a new website dedicated to promoting the new 5G mobile modem.