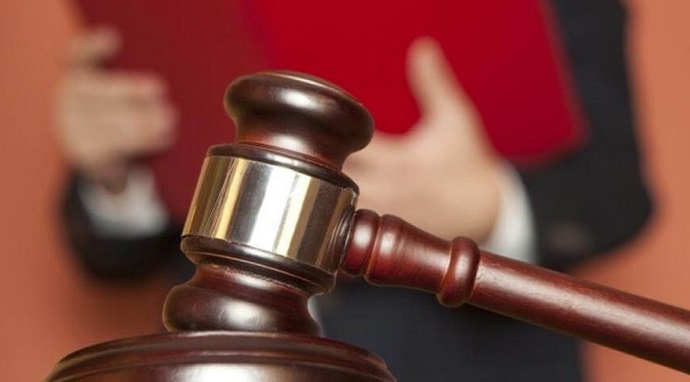 It was fully expected that the winner in the Qualcomm-Apple patent infringement cases today in a Munich Court would gloat and do a little victory dance. Rightfully or not, Qualcomm wasted no time in hammering home their great victories over the past few weeks and gladly pushed it in Apple's face.

Qualcomm's press release in-part stated that "the District Court of Munich found that Apple is infringing Qualcomm’s intellectual property for power savings in smartphones and granted Qualcomm’s request for a permanent injunction, ordering Apple to cease the sale, offer for sale and importation for sale in Germany of infringing iPhones.

The injunction covers all models of iPhones that contain the infringing functionalities and apply to Apple’s European Union entities as well as Apple Incorporated.

The judgment is immediately enforceable once Qualcomm posts bonds covering potential damages incurred by Apple should the judgment be overturned or amended on appeal. Apple’s request to the court for a stay of the injunction was denied. The court has also determined that Apple is liable for monetary damages in an amount to be determined at a later time."

Don Rosenberg, executive vice president and general counsel, Qualcomm Incorporated: "Two respected courts in two different jurisdictions just in the past two weeks have now confirmed the value of Qualcomm’s patents and declared Apple an infringer, ordering a ban on iPhones in the important markets of Germany and China."

Apple's Response: "We are of course disappointed by this verdict and we plan to appeal,” Apple said in a statement. “All iPhone models remain available to customers through carriers and resellers in 4,300 locations across Germany. During the appeal process, iPhone 7 and iPhone 8 models will not be available at Apple’s 15 retail stores in Germany. iPhone XS, iPhone XS Max and iPhone XR will remain available in all our stores."

Reuters noted that U.S. regulators have thus far sided with Apple and their U.S. supplier Qorvo. If higher courts in Germany take this position when Apple appeals today's verdict – Qualcomm could be forced to forfeit its hefty bond if the decision becomes final.

Intel's Response to the Verdict in Germany

Steven R. Rodgers is executive vice president and general counsel of Intel Corporation and he was quick to respond to the verdict in Germany handing Qualcomm a big win over Apple.

Rodgers stated that "Competition authorities around the world have repeatedly found Qualcomm’s licensing practices unlawful, yet Qualcomm continues to try to achieve the same results through a campaign of patent lawsuits. These lawsuits have been largely unsuccessful, and at best would reduce innovation and raise prices.

Qualcomm’s goal is not to vindicate its intellectual property rights, but rather to drive competition out of the market for premium modem chips, and to defend a business model that ultimately harms consumers. As we’ve noted before, in the last several years, Qualcomm has been fined nearly a billion dollars in China, $850 million in Korea, $1.2 billion by the European Commission and $773 million in Taiwan (later reduced in a settlement) for anti-competitive practices.

Meanwhile, the U.S. Federal Trade Commission continues to pursue claims against Qualcomm in federal court for alleged violation of U.S. antitrust law. Just last month, the Northern California federal district court rejected Qualcomm’s arguments that it has a legal basis for its refusal to license its standards-essential patents to modem chip competitors. Judge Lucy Koh rejected Qualcomm’s strained arguments that its conduct has a basis in the rules of its standards bodies participation. She concluded that, “Qualcomm never attempts to explain how discrimination against modem chip suppliers is consistent with the stated purposes of the IPR policies.”

Opening arguments in the Federal Trade Commission case will begin Jan. 4. We encourage everyone interested in the future of mobile communications to pay attention to this case.

Qualcomm’s litigation campaign notwithstanding, we hope that these actions by global competition authorities help preserve competition in the premium modem chip market, to the benefit of equipment makers and consumers everywhere. Competition will also encourage continued innovation in 5G wireless technology, which will be essential to connected cars, connected health, smarter industry and other applications critical to our future economy.

The world benefits from competition in the wireless technology market. We hope that it flourishes."

We've made it clear before that this is a marathon and that the battle axe could swing back and forth before the final gavel falls. Apple had a series of nice wins over the past few months with a nice one in October that we covered in a report titled "Munich Court Throws out Qualcomm Patent Infringement Lawsuit against Apple."

Today was a big temporary win for Qualcomm that could be overturned on appeal, and tomorrow the fight goes on in Germany and the U.S. While Qualcomm is hoping that losing iPhone sales will make Apple buckle and negotiate a deal. Apple's legal team have made it crystal clear that there will be no deal prior to all the cases concluding. Unlike other companies that caved in to Qualcomm's pressure tactics, Apple has the funds to see this through to the end. For Apple it's about principles. At least for the time being.