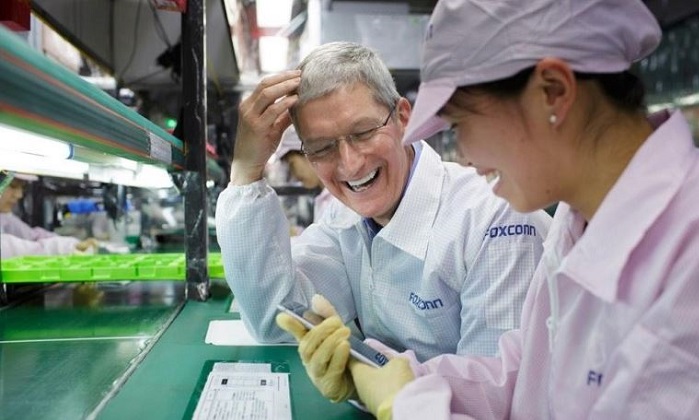 The lead attorney representing the group of contract manufacturers for Apple devices stated yesterday that they're seeking at least $9 billion in damages from Qualcomm and are in no way in settlement talks with the mobile chip supplier. In fact they're "gearing up and heading to trial" in April, Reuters reports.

The contract manufacturers have since filed claims of their own against Qualcomm, alleging the San Diego company's practice of charging money for chips but then also asking for a cut of the adjusted selling price of a mobile phone as a patent royalty payment constitutes an anticompetitive business practice.

Does that sound familiar?  Well it should for Patently Apple readers as we posted two reports on this same tactic regarding false statements made by Qualcomm CEO in a CNBC interview. Apple's lead attorney set the record straight in late November by telling the court that the rumors of a settlement were false and in fact a settlement wasn't in the cards.

Qualcomm is the classic corporate wolf in sheep's clothing. They always try to maintain a calm cool reasonable public face while behind the scenes they unjustly gouge industry suppliers by demanding prices that are far above the actual components that they're selling because they demand a percentage of the entire product that they're parts are in. This is the issue that Apple and their suppliers are challenging Qualcomm in court with: their abuse of power (not market power).

Last week Qualcomm argued in court papers that the new market conditions of Apple using Intel would likely show that it does not have the monopoly on modem chips that the FTC alleges.

But Judge Lucy Koh rejected the request in a pre-trial decision, saying that the case was about Qualcomm’s business conduct and not its market power.