Apple's annual beer bash included entertainment from Idina Menzel who recently released her version of Bridge over Troubled Waters as presented further below in our report.

Menzel said it was an honor to entertain at the Apple Beer Bash and thanked Apple's CEO Tim Cook. 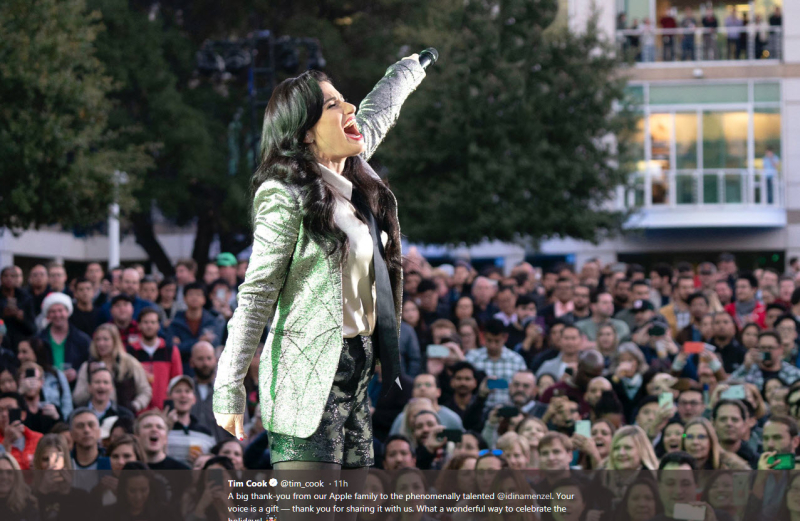 Tim Cook sent out a tweet last night saying: "A big thank-you from our Apple family to the phenomenally talented @idinamenzel. Your voice is a gift — thank you for sharing it with us. What a wonderful way to celebrate the holidays!" 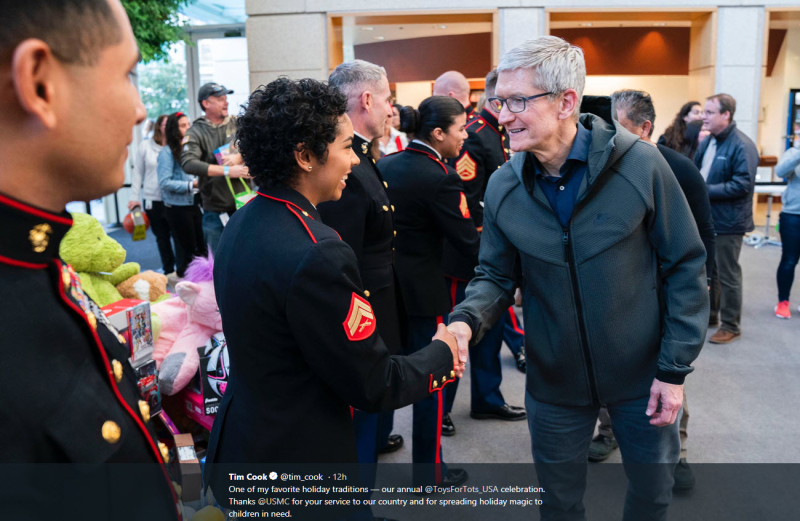 Prior to the Beer Bash, Apple's CEO tweeted out: "One of my favorite holiday traditions — our annual @ToysForTots_USA celebration. Thanks @USMC for your service to our country and for spreading holiday magic to children in need."

One of the tunes played at the Beer Bash by Menzel was captured on Instagram by Phonotastic. Menzel's choice of songs included those from the Disney animated film Frozen, including the soundtrack Let It Go.

Menzel's Jazzier version of the original tune from Simon and Garfunkel will be appreciated by many. You could review some of Idina's other song collections here.