Home Archives Contact Us Subscribe Twitter MeWe Facebook Patently Mobile
Research Firm Reveals that 16% of Apple's iPhone XR sales in the first 30 days in the U.S. were from Android Switchers
Foxconn will Reportedly Expand its Current Plant in India to Manufacture Higher-End iPhones as early as 2019 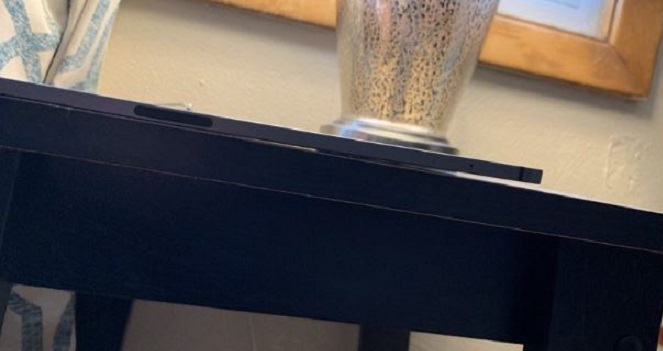 Last Friday Patently Apple posted a report titled "The Surface Pro 6 is Amazingly Flat. Abnormally Flat. Microsoft blew it by not Matching Apple's new bendy Quality Standard." The report from MacRumors included a photo of a bend in a new iPad Pro sitting on a table, clearly showing an unacceptable bend. Yet Apple's Dan Riccio, SVP of Hardware Engineering was out to say it was normal. Of course that was a ridiculous move on Apple's part to insult customers. Microsoft uses aluminum for Surface tablets and they're perfectly flat.

Today we're learning that Apple's former Senior Marketing Director Michael Gartenberg has gone public to say that he bought an iPad Pro with a bend in it and he returned it saying that Apple's tolerances shouldn't allow for a clear noticeable bend."

Most could understand that  perhaps a bad batch left the plant not complying with Apple's standards. Apple's VP of Hardware stating that it's normal is what Apple customers are objecting to.

A commenter by the name of Danny K responding to Gartenberg's Tweet stated: "ridiculous , I was going to buy one but not with that issue, not for that price, and not with that unacceptable explanation from apple."