The U.S. Patent and Trademark Office officially published a series of 50 newly granted patents for Apple Inc. today. In this particular report we briefly touch on a speaker array that is part of a family of next-gen speakers that started with HomePod; an alternative Apple Watch form factor;and  a 3D depth camera system. Apple was also granted a design patent for a three person sitting bench. And as always, we wrap up this week's granted patent report with our traditional listing of the remaining granted patents that were issued to Apple today. 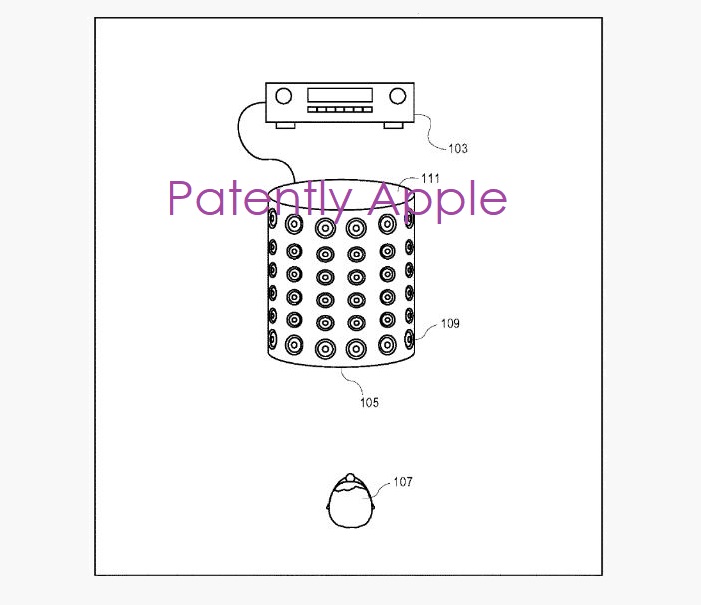 Patently Apple first covered this as a patent application report back in May 2017 titled "Apple reveals all-new Apple Watch Design with a Display covering the Face and Band."

Apple Granted a Design Patent for a Bench

Apple was granted a design patent today for a bench. Whether this was designed for Apple Park facilities or certain Apple Stores is unknown at this time. 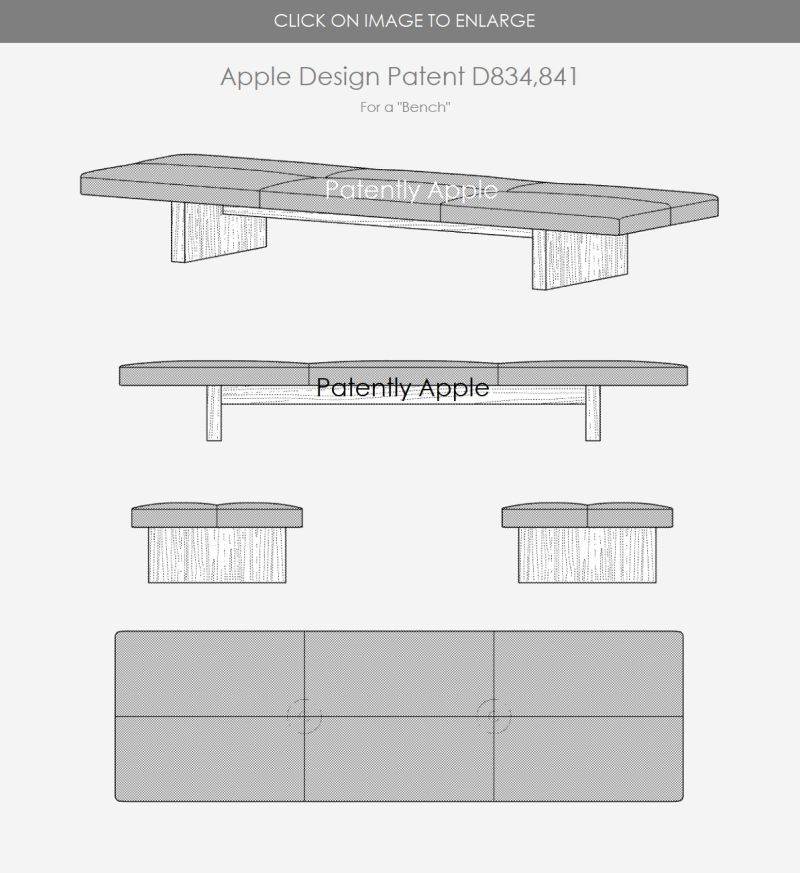 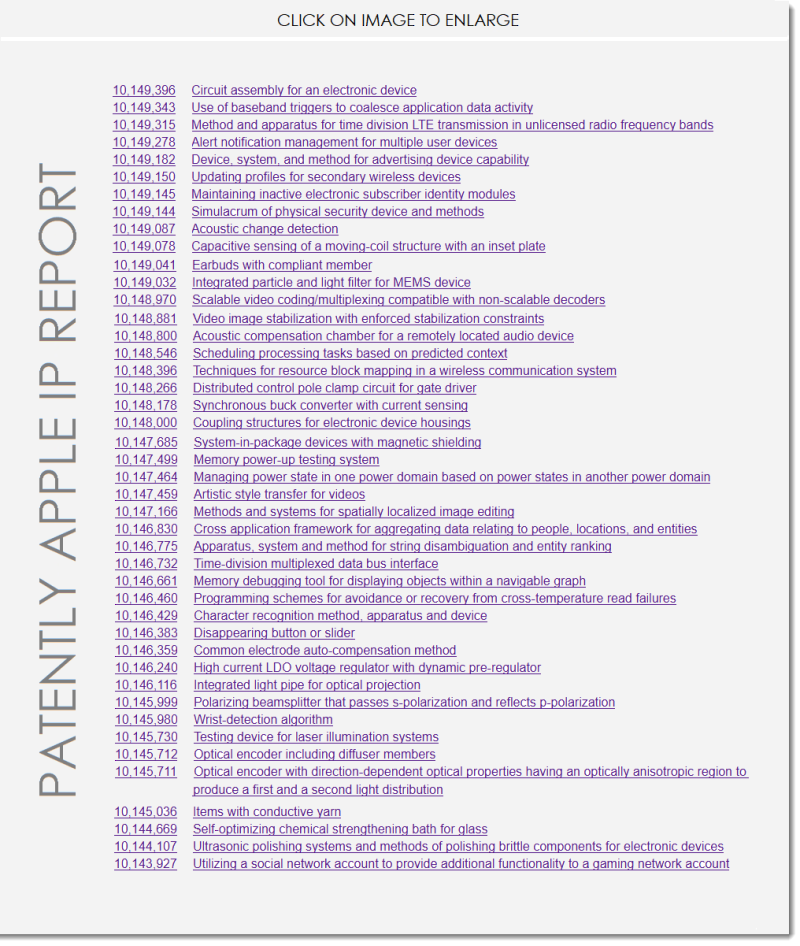