The U.S. Patent and Trademark Office officially published a series of 45 newly granted patents for Apple Inc. today. In this particular report we briefly cover (1) Apple's robotic system that places electric car batteries into place, (2) a possible future auto adjustment Apple Watch band, and (3) a depth mapping system that could work with a possible new Mac, television or gaming system (Apple TV). Apple was also granted design patents for the iPhone 5s and Animoji dog icon. As usual, we wrap up this week's granted patent report with our traditional listing of the remaining granted patents that were issued to Apple today.

Depth Mapping based on Pattern Matching and Stereoscopic Information

Apple's newly granted patent 10,152,801 covers their invention relating to o computer vision, and specifically to three-dimensional (3D) mapping and imaging for the desktop and beyond which is capable of gesture recognition. The PrimeSense team that brought us Face ID has filed many patents covering gesture recognition and 3D depth cameras. Patently Apple covered today's granted patent in a patent application report posted in February 2017. You could review that report here. A few other patent-pending inventions in this family include: 01, 02 and 03. Apple was granted a patent today for a "Charging system" which relates to a robotic system for moving a vehicle battery into a target electronic vehicle.  The invention relates to Apple's long term Project Titan which covers electric vehicles, semi and fully autonomous vehicles. In one scenario, in which target device is an electric vehicle, control circuitry in circuitry #32 may be used in controlling functions such as steering, braking, acceleration and controlling other vehicle functions. The circuitry may also include power circuitry for use in recharging battery #34. 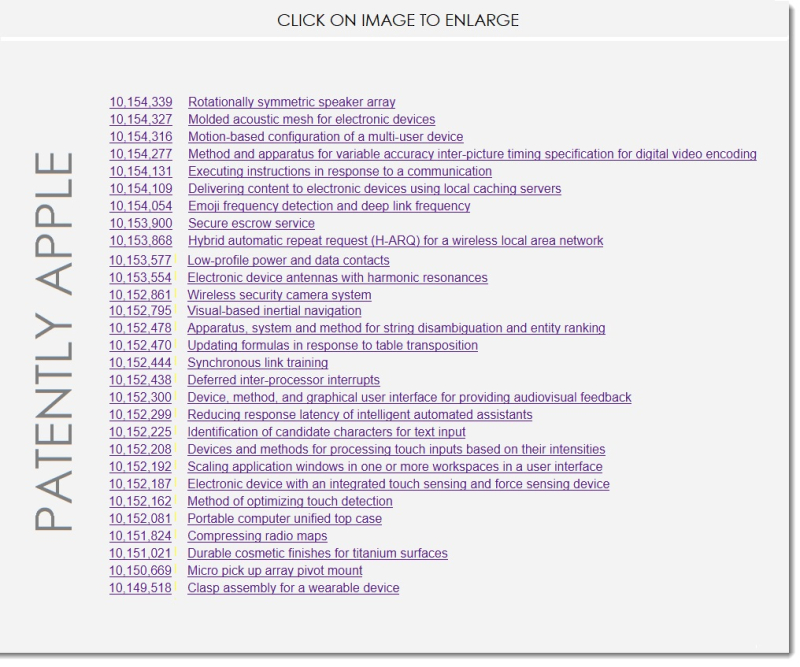