Home Archives Contact Us Subscribe Twitter MeWe Facebook Patently Mobile
Doctor Warns Apple Watch 4 users to be Careful with the new ECG App not always being accurate
Finger Icon Art is Always a Little Entertaining, and the Caricature of the Late Steve Jobs is just one that has to be seen 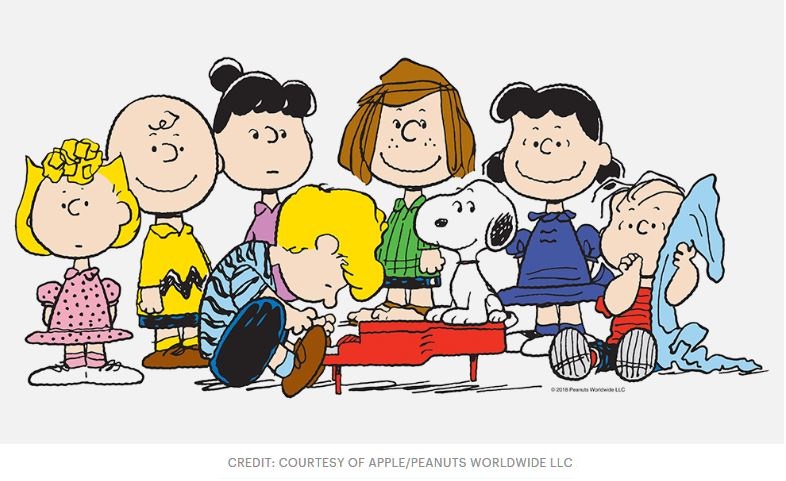 It's being reported that in a highly competitive situation against Netflix and others, Apple closed the deal with the Canadian children’s programming company DHX Media to produce new "Peanuts" content for Apple's upcoming streaming service. The "Peanuts" characters were originally created by Charles M. Schulz in 1950.

DHX and its subsidiary, Peanuts Worldwide, will develop and produce original series, specials and shorts based on the iconic gang of characters created by Charles M. Schulz.

Variety's report further noted that "As part of the partnership, DHX will produce original short-form STEM content that will be exclusive to Apple featuring astronaut Snoopy. Peanuts Worldwide and NASA recently signed a Space Act Agreement, designed to inspire a passion for space exploration and the STEM fields among the next generation of students."

The image below is from the Charles M. Schulz Museum. Click on image to enlarge.

Last year the NYTimes published a report titled "Tech Firms Add $300 Million to Trump Administration’s Computer Science Push," related to STEM. Apple, Salesforce, Microsoft, Amazon and others pledged $300 for computer science education in a partnership with the Trump Administration to assist in preparing students for careers in technology.