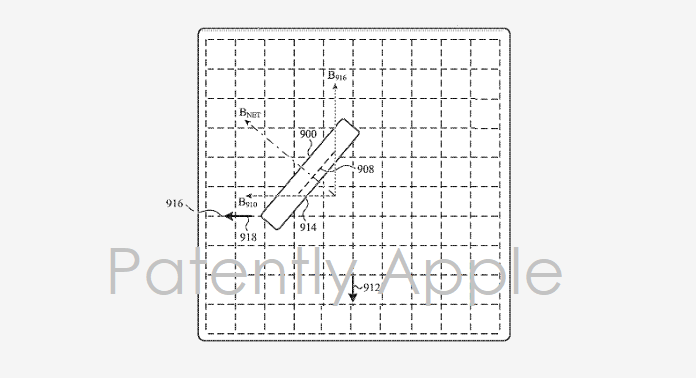 The U.S. Patent and Trademark Office officially published a series of 37 newly granted patents for Apple Inc. today. The two biggest patent stories of the day covered smart fabrics used on future computers and smartphones with backside touch controls to turn pages, to scroll, play games and more. In this final granted patent report of the day we cover a single utility patent related to Apple's AirPower multi-device and one for a design patent for an Apple Watch table for Apple Stores. And as always, we wrap up this week's granted patent report with our traditional listing of the remaining granted patents that were issued to Apple today. 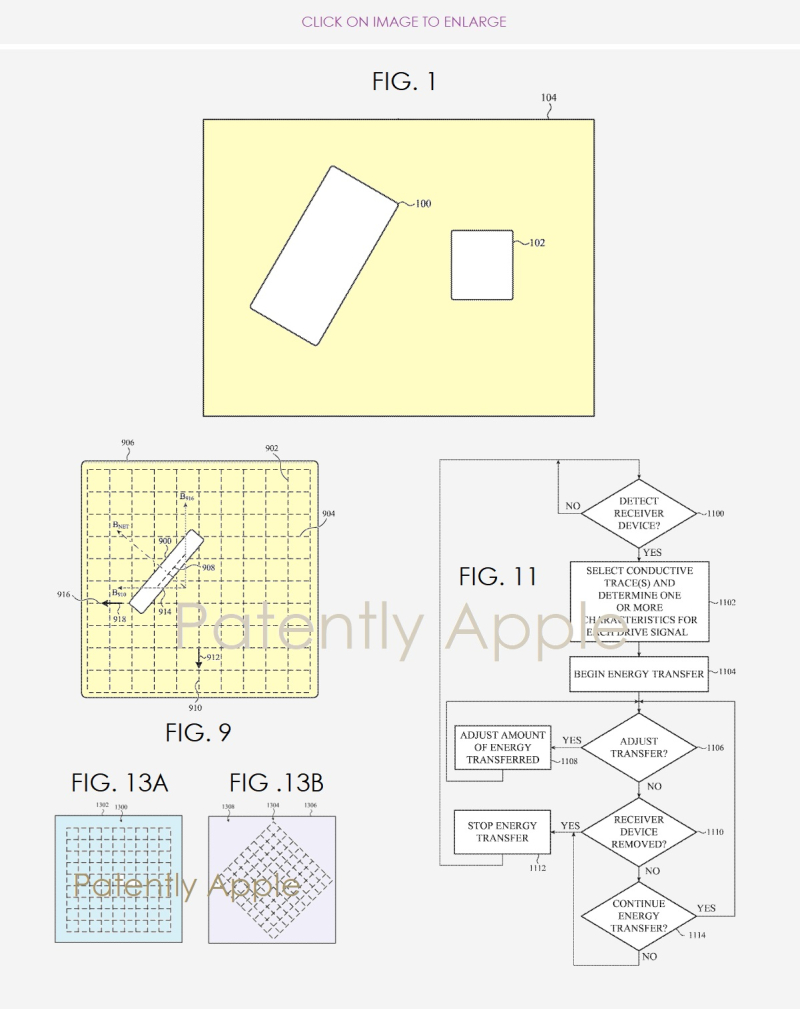 Apple's patent FIG. 1 above shows a plan view of two electronic devices on a charging surface of a wireless transmitter device; FIG. 9 shows a second plan view of a charging surface with an example receiver device positioned thereon; FIG. 11 shows a flowchart of a first method of operating a wireless transmitter device; and FIGS. 13A-13B show one example of two grids of conductive traces.

Apple's granted patent was originally filed in Q3 2016 and published today by the US Patent and Trademark Office. You could check out the details here.

In case you missed our December 9th report titled "Apple Patent reveals a Security Feature Built-into Future AirPower," you could check it out here.

Apple was granted 3 major design patents today. The first covers an Apple Watch display table for Apple Stores as presented below. The others cover Apple Watch and the iPhone 5s. This is the second granted patent for the iPhone 5s with one being issued last week. 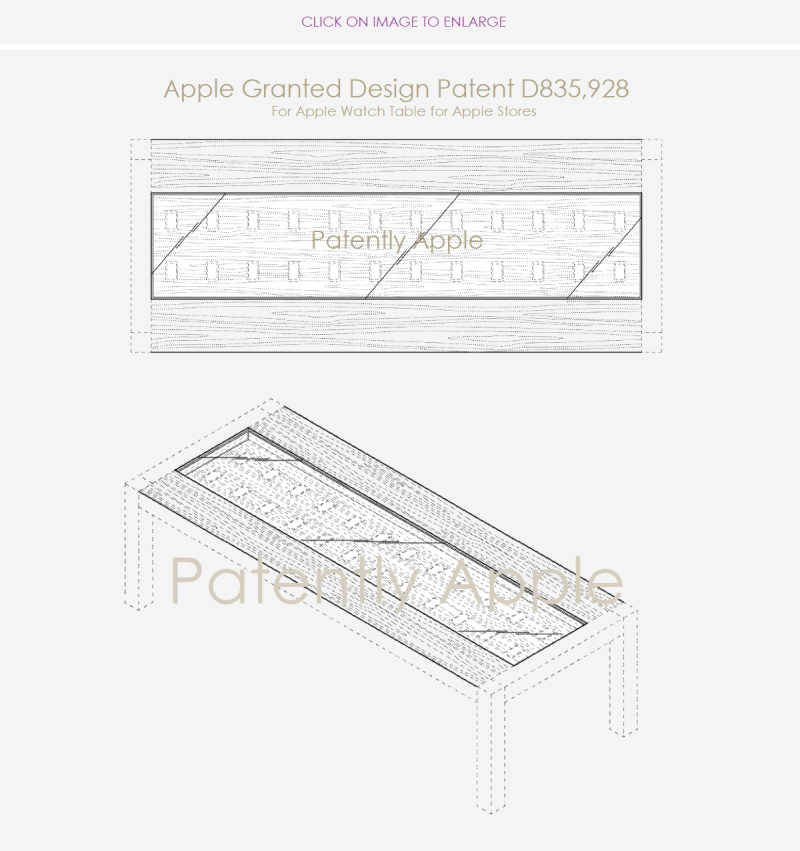 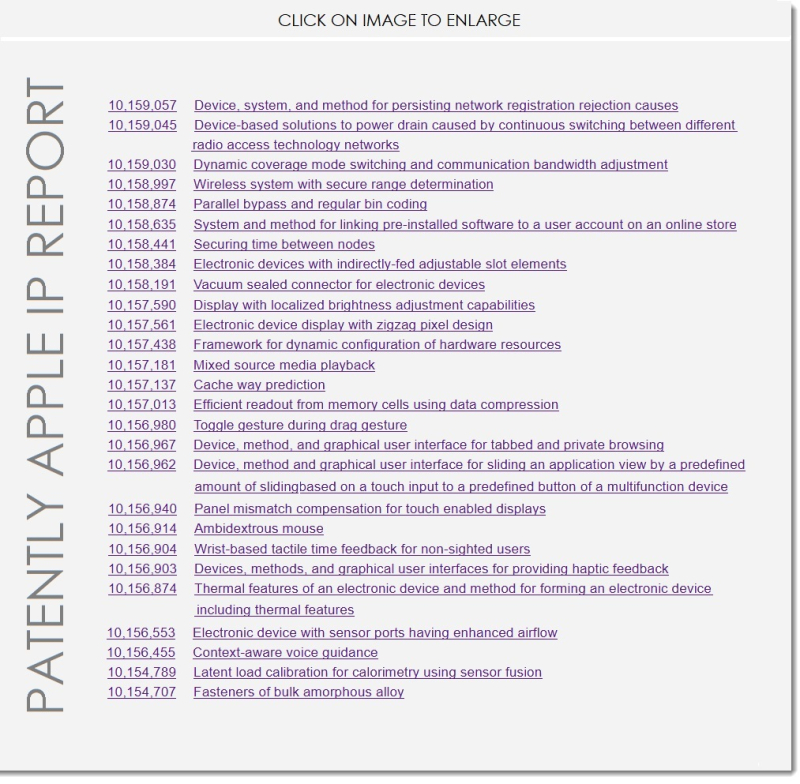