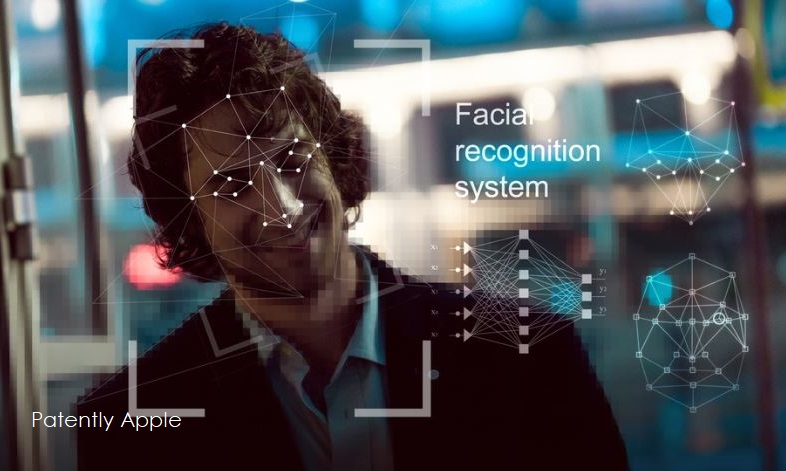 Today the US Patent & Trademark Office published a patent application from Apple that relates to adjustments and advancements made to vertical-cavity surface emitting laser (VCSEL's). Apple introduced the ability to record ultra-high resolution videos such as 4K videos with the iPhone 6s. However as cameras evolve Apple is able to eliminate elements that could possibly result in a thinner camera construction while delivering better capture detail in HD videos and more.The importance of high-definition video capture is listed in Apple's patent claim #2 in terms of priority.

One of the side benefits of the latest VCSEL design is that it eliminates parts that could allow the camera to naturally be thinner. Whether that translates to reducing iPhone camera bump or eliminates it entirely is unknown at this time.

To confirm this point, Apple notes in patent point #034:

Apple isn't only attempting to reduce the makeup of the camera but how it communicates to deliver sharper video images. Apple notes in patent point #036:

For example, in some embodiments a light source module and light sensor may be capable of communicating a gigabyte per second of data or more.

Also, in some embodiments sets of light source modules and corresponding light sensors may communicate image data in parallel to increase a data transmission rate of image data between an image sensor of a mobile device camera and another component of the mobile device, such as an electrical backplane that includes a processor component.

Such high data transmission rates may enable high-definition videos to be captured by an image sensor and communicated to a processing component."

Photonic communication links are mentioned twice in patent point #059 associated with Apple's patent FIG. 3A as presented below. 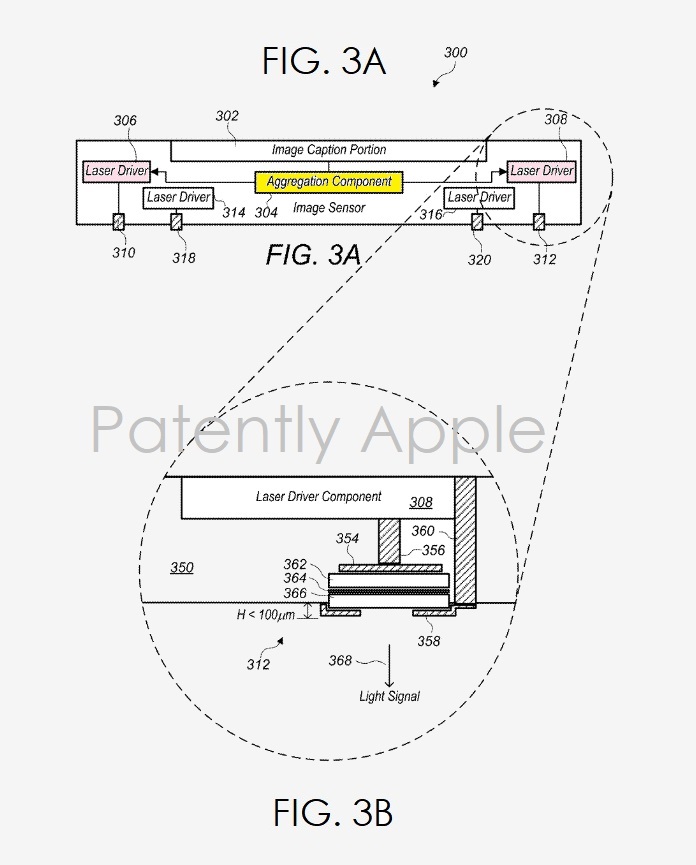 Earlier this year Apple supplier Finisar introduced VCSELs For Depth-Sensing At Photonics West 2018 where they talked about next-gen VCSEL's using analogue photonic links and microwave photonics. The top VCSEL applications for Finisar today include facial recognition (our cover graphic is from Finisar), augmented reality, in-vehicle sensing and LIDAR. Apple's focus on allowing users to capture higher quality imagery with their Photonic links is a unique application.

The improved camera VCSELs could be used in many devices beyond iDevices such as all Macs, Apple TV, a high-end TV and more.

Apple's patent application 20180367767 was filed back in June 2018. Some of the original work dates back to June 2017. Considering that this is a patent application, the timing of such a product to market is unknown at this time.

You could view more of Apple's patent figures here.