Apple's HomePod will land in China and Hong Kong Apple Store's in early 2019, according to Apple's Chinese websites (Hong Kong and Mainland China). The speaker will cost HK $2,799 (US$358), according to the website, roughly in line with pricing in the U.S. and other countries. The image below is from Apple's Hong Kong (English) Store. 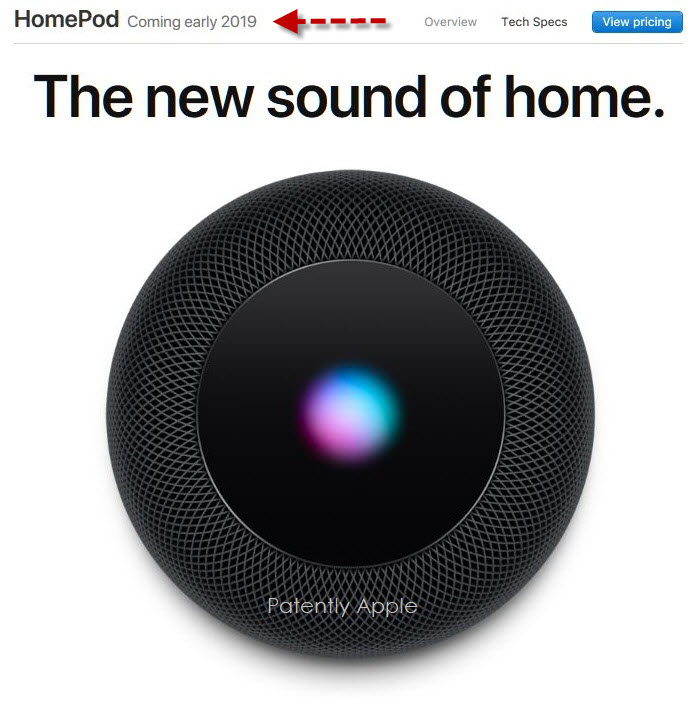 Bloomberg reports that "The launch in China is notable as this would make Apple the first major smart speaker maker from the U.S. to launch in China’s huge internet market. Amazon and Alphabet Inc.’s Google don’t sell their popular smart speakers in China currently. Major local players, like Xiaomi Corp. and Alibaba Group Holding Ltd., dominate the Chinese market for the devices at the moment.

Apple has an advantage over Google and Amazon in the Chinese smart speaker market as the company’s Siri voice assistant supports Cantonese and Mandarin, while Google’s digital assistant and Amazon’s Alexa don’t. Apple also already has a slew of integrated services in China and Hong Kong, like iCloud, Maps and Apple Music. On the other hand, Google’s internet offerings in mainland China have long been limited." For more on this, read the full Bloomberg report here.

As of November 2018, the top three smart speaker vendors were Alibaba, Xiaomi and Baidu as the Canalys report graphic confirms. The second chart shows the top five vendors from Q1 2017 to Q3 2018. 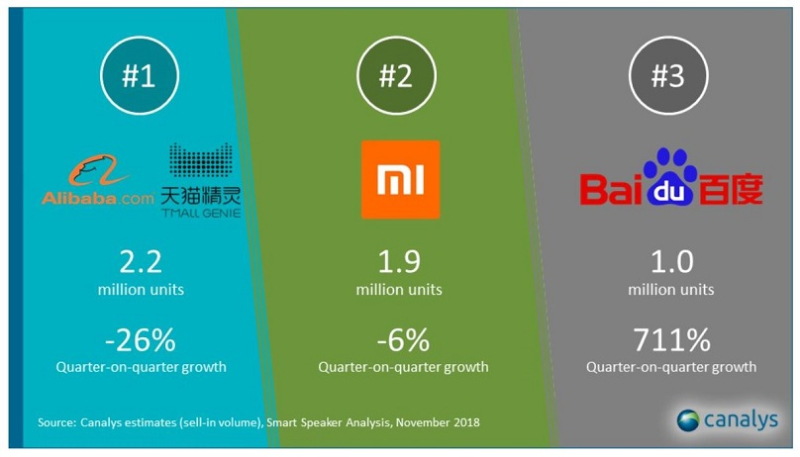 Apple has a huge iPhone base in China and Hong Kong that will be open to purchasing the HomePod. Apple's HomePod will cater to the premium side of Chinese markets.