Home Archives Contact Us Subscribe Twitter Facebook Patently Mobile
U.S. President Thanks Apple for their Huge Investment in Texas that could come back to Haunt him in 2020
Lead Attorney for Apple Device Assemblers Says Rumors of a Deal with Qualcomm are False

This week the European Patent Office published two major patent applications from Apple that relates to biometrics and more specifically to both Face and Touch ID on the same iPhone.

Apple further notes that "techniques for implementing biometric authentication using electronic devices are generally cumbersome. For example, some existing techniques, such as those directed to facial recognition, require a user to almost perfectly align a biometric feature in a same manner during both enrollment and each iteration of authentication.

This is why Apple introduced 3D Face ID which requires the user to rotate their head as their TrueDepth camera scans it from many angles to make it easier for facial recognition to work at a higher rate.

Apple interestingly added that "Such methods and interfaces also reduce the number of unnecessary, extraneous, or repetitive input required at computing devices, such as smartphones and smartwatches" which is supported by other Apple Watch patents (one and two).

While 99% of the patent is about setting up Face ID and using it in different scenarios, Apple does mention Touch ID once in patent point # 1061 as follows in-part: 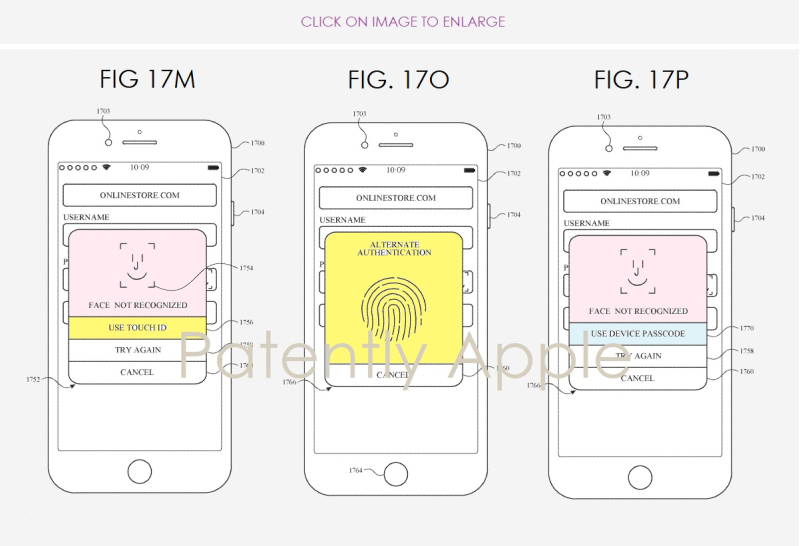 As shown in Apple's patent figures 7R, 7S and flowchart FIG. 8B Apple is illustrating the setup process for Face ID as Apple's Face ID webpage does here and an overview of what you can do with Face ID here. 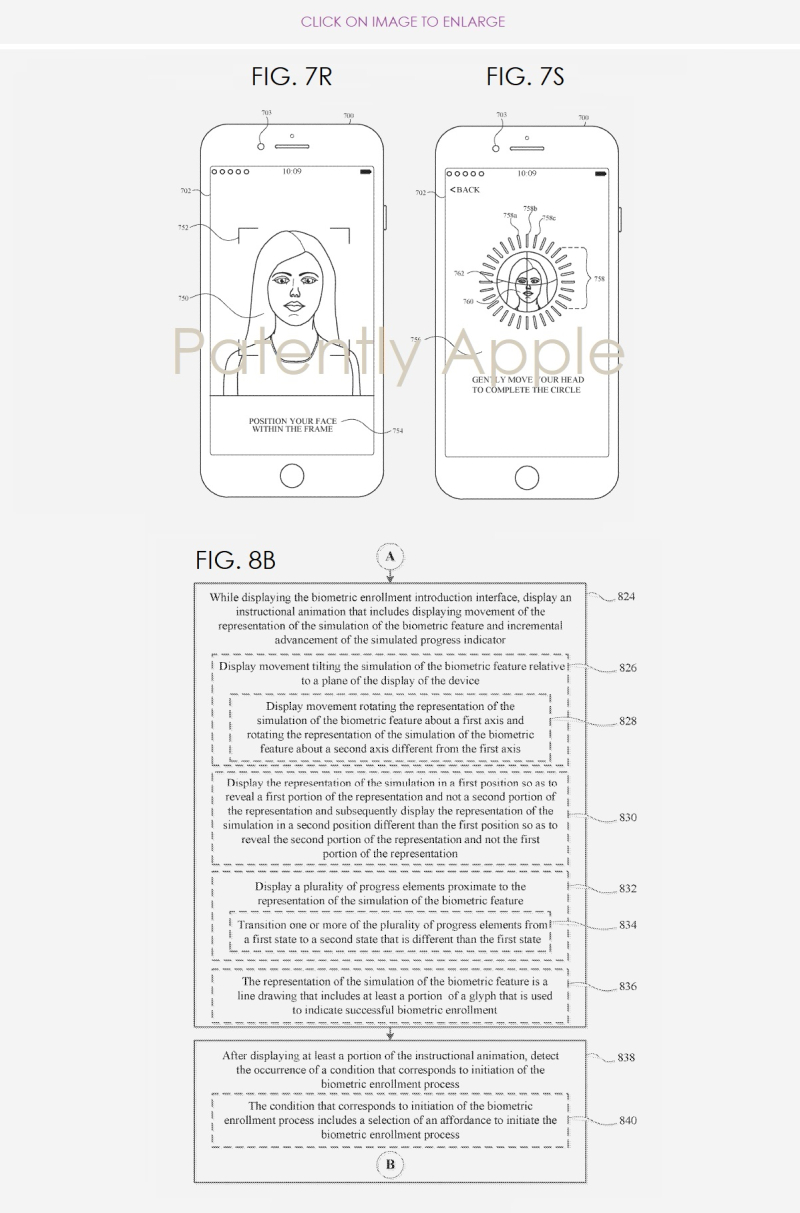 Below is a screenshot of the Huawei Mate 20 RS Porsche smartphone that offers their customers dual biometric options. 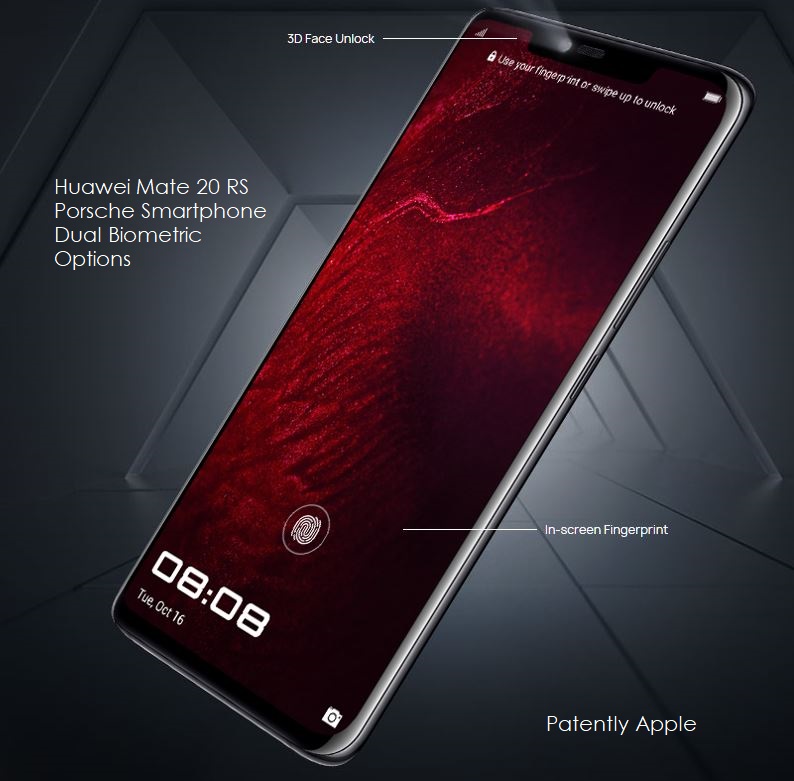 The rest of Apple's patent covers every imaginable scenario with Face ID for messaging with Animojis and making purchases online or in retail stores. There has to be well over 150 patent figures supporting every aspect of Face ID.

Side Note: It should be pointed out to those new to patents, that images shown in Apple's patent filing are those on an older iPhone model with face and Touch ID. The images only represent 'an iPhone" and not a specific iPhone. Apple didn't want to illustrate an iPhone X model which would have allowed patent examiners and others to see Apple's next-gen iPhone design. Secondly, this is a utility patent and not a "design" patent where the design must be exact. In a utility patent, Apple's engineers only have to present a concept of a smartphone. The history of the patent also goes back to 2017, prior to the iPhone X launching - hence Apple's engineers wanting to keep their next-gen iPhone design a secret.

UPDATE 12/16/2018, 3:36 p.m.: Apple's second European patent Application #2018/226265 published today primarily covers users making purchases with Face ID being required to double click the side button of multiple iPhone X models to finalize a purchase. This is a patent fulfilled, as this is the current methodology being implemented.

Strengthening purchases made with Face ID could be as simple as adding a second biometric method to finalize a transaction. It would better for both users and retailers.  Why Apple hasn't gone that extra mile to set a new biometrics standard for commercial purchases is unknown at this time. While I was hoping that the second Euro patent would have confirmed such a move by Apple, the patent restricted itself to the current methodology.

The good news is that Apple's first patent covered in today's report does in fact show interfaces confirming that dual biometrics could be coming to future iPhones as it is on Huawei's high-end Porsche smartphone and various smartphones from Samsung (fingerprint, face and Iris).