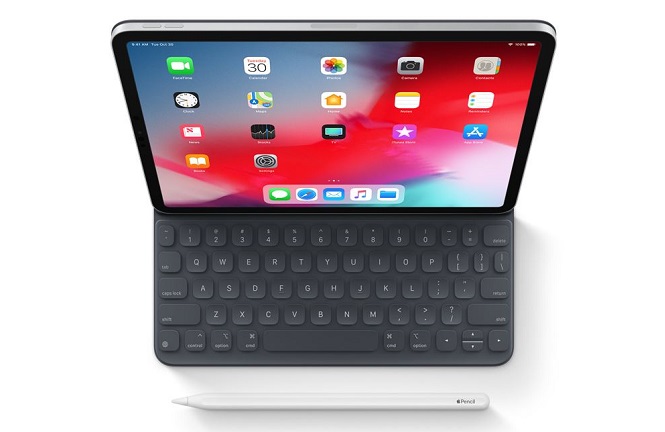 Though personal computing isn't just about the device's speed. It's also about a user's workflow and how they use their mouse or trackpad and how they've set up their files and so forth.

PCMag's new survey asked the following question: "Can the new iPad Pro accomplish the work you need to do as your primary computer?" 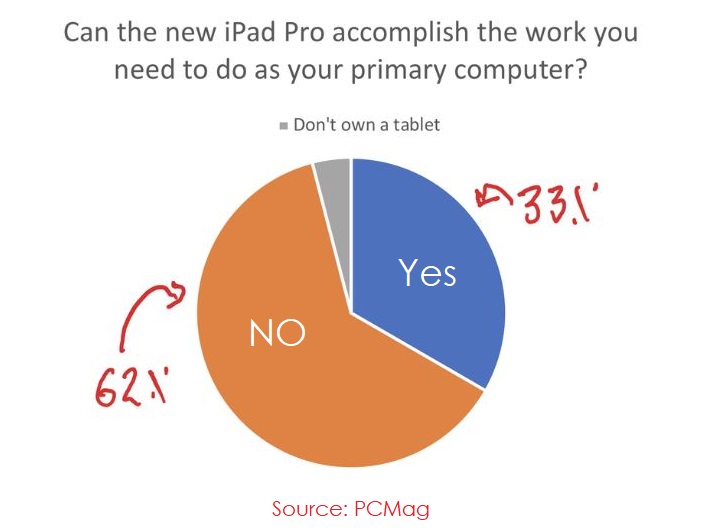 The survey results were clear with 62% saying "No" the iPad couldn't replace their primary computer while 33% answered in the affirmative.

PCMag's author Sascha Segan noted: "This story may be an example of the challenges the iPad Pro faces in business. I wrote this story and created the charts in Microsoft Office on an iPad Pro, but to upload it to our content management system, I had to use a Windows PC, as our production systems don't support creation on an iPad." he adds that Apple's iPad ads are full of millennial creatives, but the Pro seems to appeal to more of an older crowd, according to the survey.

The report further noted that "What's keeping the remaining folks from seeing the iPad as a legitimate PC? It might be the mouse, actually. Most people said that "capacity" and "accessibility concerns" (meaning, input devices) were the things most keeping them from replacing their laptops with iPads." You could check out the PCMag report here.

I have to confess that this is true for me. If it's to be my mobile work device, it has to be able to work with a mouse. I'm not even a fan of trackpads.

Of course you have to take the survey with a grain of salt because of the nature of the Apple-PC world war. How many in the survey were die-hard PC users? How many were die-hard iPad Pro or Apple fans in general? How many were using a Microsoft Surface 2-in-1 device that supports a mouse and trackpad? The variables are important and we don't have the data to get a clearer picture.

At the end of the day, one of the stubborn reasons why the iPad Pro has hit a wall in sales does have to do with it not supporting a mouse or trackpad like Microsoft's Surface. The Surface with it's various foibles, at least gets that part right. It's an instant turn off for many not being able to use a mouse.

Creatives will continue to love the iPad Pro more and more, especially once it gains Photoshop Creative Cloud next year. For general business users the iPad Pro isn't being taken seriously as a notebook replacement.

It's clear that Apple is determined to stay the course believing that if they say it enough times that consumers will eventually abandon their notebooks and/or Surface devices and rush out to buy the wiser, faster iPad Pro. Maybe Apple is hoping that baby boomers will retire and stop interfering with their master plan.

Even though their ad with a teen asking the stupid question of "what is a computer" has been mocked, ridiculed and hated – Apple remains deaf, dumb and blind. The iPad Pro is faster than 92% of portables out there and therefore it's superior. What is with these dumb consumers anyways? Why don't you see the light already and join the Apple way.

With all of their efforts to date, the iPad Pro thus far has been unable to put their tablet sales into positive growth. And now with Apple not reporting iPad unit numbers going forward, I  guess we'll never know.