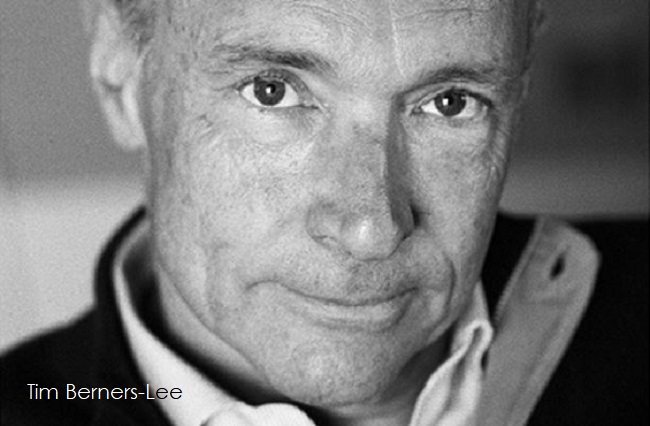 The father of the World Wide Web, Tim Berners-Lee, said back in 1990 that the 'NeXT' computer that Steve Jobs invented was "intuitive on the outside and extensible and cool engineering on the inside." He went on to describe the ease of working with the NeXT computer: "Programming the WorldWideWeb client was remarkably easy on the NeXT." Tim Berners-Lee in 2018 is now saying that the big Tech Giants have to be split up.

In a new Reuters report today they note that "The digital revolution has spawned a handful of U.S.-based technology companies since the 1990s that now have a combined financial and cultural power greater than most sovereign states.

Tim Berners-Lee, a London-born computer scientist who invented the Web in 1989, said he was disappointed with the current state of the internet, following scandals over the abuse of personal data and the use of social media to spread hate.

Now a professor at the Massachusetts Institute of Technology and the University of Oxford, Berners-Lee expressed dismay at the way consultancy Cambridge Analytica obtained the personal data of 87 million Facebook users from a researcher.

That scandal, he said, was a tipping point for many. 'We have lost the feeling of individual empowerment and to a certain extent also I think the optimism has cracked'

Berners-Lee went on to say that “If you put a drop of love into Twitter it seems to decay but if you put in a drop of hatred you feel it actually propagates much more strongly. And you wonder: ‘Well is that because of the way that Twitter as a medium has been built?'" for more on this story, read the full Reuters report here.