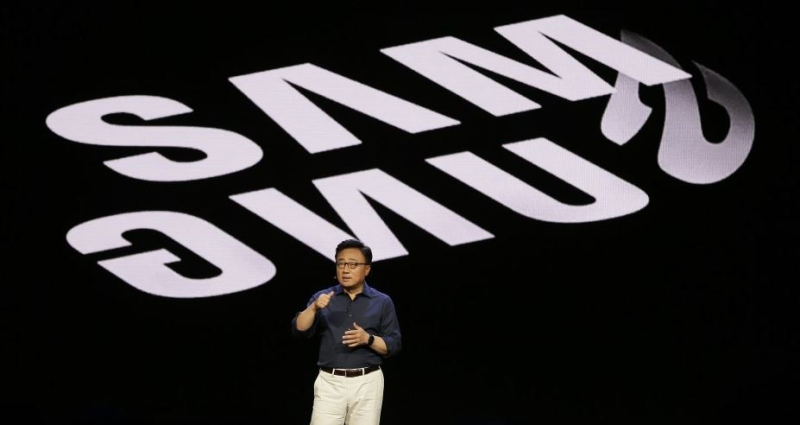 While Apple announced another record breaking quarter on November first, they also noted that the holiday quarter could fall short of Wall Street expectations due to currency exchanges, weakness in emerging markets and uncertainty about meeting product demands.

I think the weakness in emerging markets has been what Wall Street and the media have been focusing on lately with a string a haywire-rumors that Apple has cut back on iPhone XR orders even though iPhone XR suppliers have openly contradicted those rumors thus far.

There's no doubt that China's smartphone OEMs such as Huawei, Oppo and Xiaomi are beginning to cause real havoc in China, India and emerging markets like a whirlwind. Out of nowhere Xiaomi became the leading smartphone brand in India, pulling the rug from under Samsung's feet in record time. Samsung held the leadership position in India for a decade or more.

Apple has held its ground in China to date and their premium smartphones have continued to remain top sellers. Kantar reported in July that the iPhone X had been the best-selling model in China every month since its release in November 2017. In Q3 Apple's iPhone was #2 in China behind Xiaomi's Mi 8.

The big story of 2018 was and is the aggressive pricing from Chinese OEMs that have taken Samsung and others by surprise.

In Samsung's case, they went from being number one in China a few years back to being in sixth position in Q3 2018, down 67% from Q3 2017. It's been absolutely brutal for Samsung who is being eaten alive in the mid-to-low end of the market in China and now India.

This week we learned that Samsung is seeking a breakthrough for their Galaxy S10 due to be introduced in late February. Koh Dong-jin, CEO of Samsung Electronics’ smartphone business, is making all-out efforts to deliver a breakthrough in the 10th edition of the Galaxy

Koh recently said in a corporate message sent out to mobile communications division executives and employees that he felt sorry about the current struggling status of their smartphone business and that he would do his best to overcome the crisis with the upcoming Galaxy 10 and foldable phones due later in 2019.

Current rumors and reports claim that the Galaxy S10 will introduce an in-display fingerprint scanner that could be based on ultrasonic  technology (though they have alternative designs on record (see one & two)).

It will also include their new AI processor in an attempt to counter Huawei's new Mate 20 Pro with the Kirin 980 AI processor that includes support for 5G. They're also attempting to counter Apple's A12Bionic chip with advanced AI capabilities. It will also introduce a full face display with only a single "punch hole" camera design as noted in the graphic image above to avoid the notch trend that Apple started with last year's iPhone X.

With Samsung's new A9 offering customers a back side quad camera, this could be forwarded to the next-gen Galaxy S10.

And lastly, the S10 may end up being Samsung's first smartphones to offer 5G capabilities and I'm sure Qualcomm is trying to make that happen to get under Apple's corporate skin.

Whether any of the noted smartphone features from Samsung will do anything to push back Samsung's aggressive Chinese competitors is unknown at this time.

Unless Samsung drops their pricing dramatically to counter the war-like strategy that the Chinese OEM's have been implementing, I'm not sure Samsung's new features will do much to turn the tide for them in China, India or elsewhere.

This year T-Mobile is promoting the new smartphone from Chinese OEM OnePlus that will begins the Chinese attack against Samsung in the U.S. Xiaomi has been hinting for some time now that they may be entering the U.S. market in 2019. The only U.S. smartphone vendor to suffer from such a move is Samsung.

Will Samsung raise the Pirate flag and begin to battle back in 2019 or will they continue to weaken as Chinese vendors push to smash Samsung in Europe and beyond.

The market is gnarly at the moment and continued pricing pressure from Chinese OEMs will win over more fans. These same vendors are trying to break out of just lower prices and are beginning to offer new smartphone features customers seem to like. They'll likely adopt 5G quickly in 2019.

For now it's up to Samsung to deliver a home run in late February with the Galaxy S10 and in 2019 in general with their new folding smartphone. Can they find a spark to win back the market share that they lost in China and India in 2018?

At the moment it looks gloomy for Samsung as their Chinese competitors smell blood in the water like a Great White. It'll be a feeding frenzy in 2019 if Samsung can't turn it around.