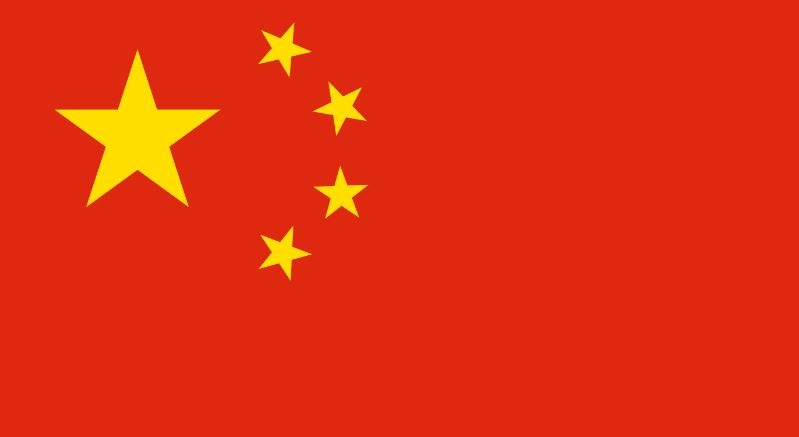 A new analytical report that was published over the weekend shows how four local Chinese smartphone makers are now in total control of their home market. While Apple held on to fifth spot, Samsung was totally wiped out.

While Xiaomi and Apple were fighting for fourth spot for a couple of years, Xiaomi has now overtaken Apple for the last four quarters and is unlikely to ever look back. With Xiaomi rocketing to the #1 position in India overtaking Samsung along with new European stores opening, Xiaomi will likely be growing at a faster clip than Apple going forward.

A new Counterpoint Year-over-Year (YoY) chart covering China's smartphone statistics shows us that Apple landed in fifth spot with YoY growth of 9% in Q3. Click on the image below to slightly enlarge the image. 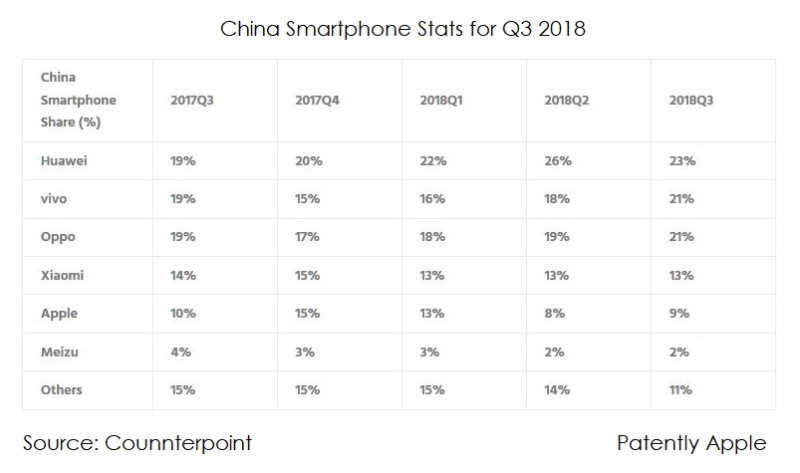 In a second Counterpoint chart below we're able to see a fuller range of smartphone stats from China and see where Xiaomi began to overtake Apple in Q2 2017 and never looked back. It also shows that in Q1 2016 Samsung held 8% and crashed to 1% by Q4 2017. They didn't even make the list in 2018. Click on the image below to slightly enlarge the image. 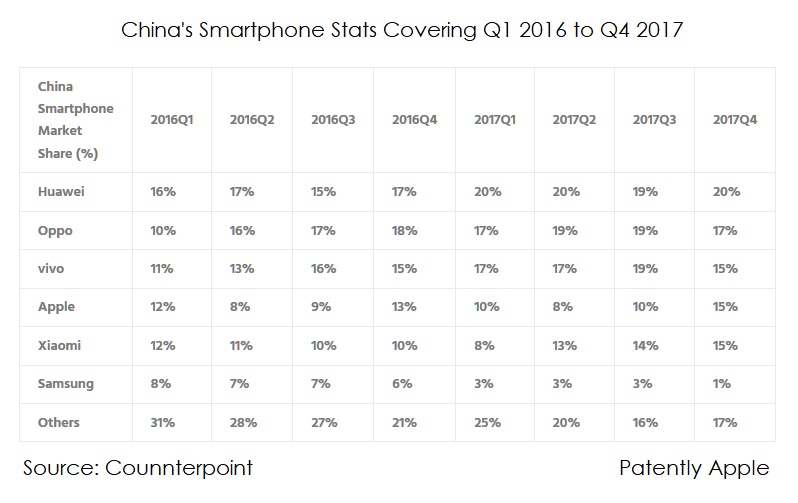 For further insight into the Chinese smartphone market, review the full Counterpoint report here. In addition, you could now review other Counterpoint smartphone statistical reports published recently for the U.S., Global and Indian markets.