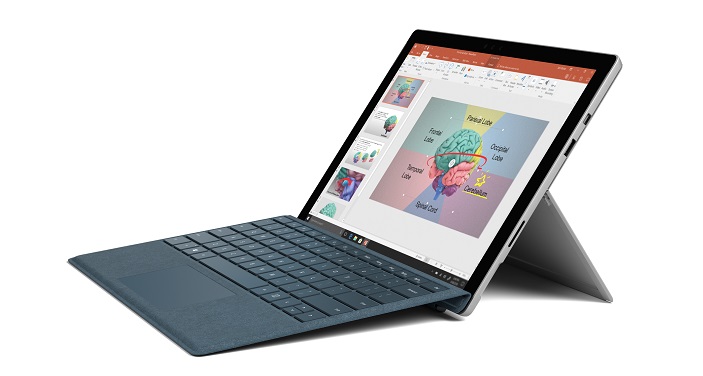 On Friday Patently Apple posted a report titled "Apple Remained the Tablet Leader in Q3 2018 Despite a Continuing Decline." While Microsoft's Surface was not listed in the top 5 tablet vendors, Huawei and Samsung use both Windows and Android. It's impossible to know which is doing better, Android or Windows OS on those tablets. Microsoft is trying to innovate on Surface devices and in Microsoft's latest Surface related patent that was published by the U.S. Patent Office last week, it appears that they're looking to add a secondary display on the backside of Surface devices.

According to Microsoft, some implementations of the disclosed technology further integrate touch sensing technology to facilitate use of the reflective external surface as an interactive writing surface. For example, a user may draw on the reflective external surface with a finger or stylus and the underlying display may selectively illuminate pixels at corresponding locations of the light-emitting display.

Microsoft's patent FIG. 1 below illustrates an example system #100 with a reflective display #102 for presenting information (e.g., illuminated text "Metallic Writing Surface") on an external surface #104 of a computing device #106.

The reflective display appears opaque and/or "metallic" in outward appearance but also facilitates transmission of select polarization(s) of light projected by an underlying light-emitting display #110 (as shown in View B). 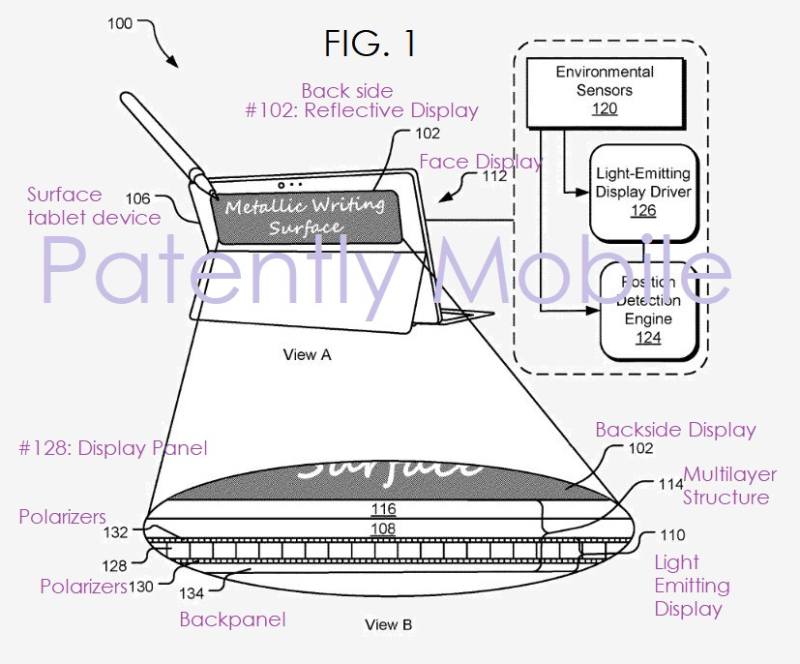 As shown in View A, the computing device [A Surface Device] of FIG. 1 is a laptop and the reflective display is a supplemental display included on the back side of the laptop that is separate from a primary display (e.g., a computer screen 112).

In various implementations, the Surface device and reflective display may take on a variety of forms different from the laptop shown in FIG. 1. For example, the computing device may be integrated into a household appliance, such as a smart refrigerator or desk with an external surface including the reflective display.