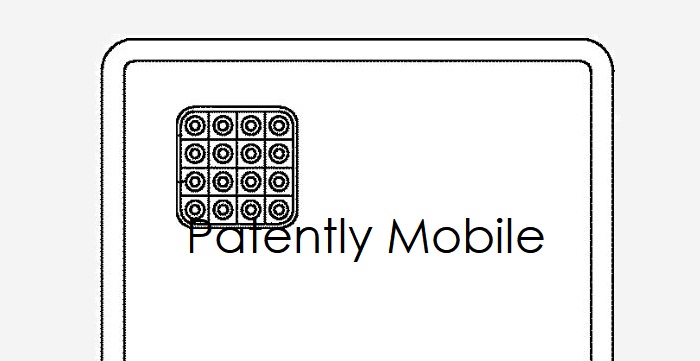 In a recent smartphone chart by Counterpoint we're able to see that LG is the number 3 smartphone brand in the U.S. behind Samsung and Apple. LG is seeking to deliver a killer app or feature for future smartphones that could give them an edge over Samsung.

In a LG granted patent published last week we see an invention with two foci. The first is creating a smartphone that could deliver mobile TV which will be a popular feature once 5G networks launch in 2020-2021.

The second and dominating aspect of the patent covers a smartphone with a unique backside camera cluster containing 16 differing lenses. Each lens is set to deliver a slightly different angle which will provide users with many choices to choose from when deciding which is best. The camera is also able to focus on things in motion. The camera cluster described is presented in patent FIG. 2C below. 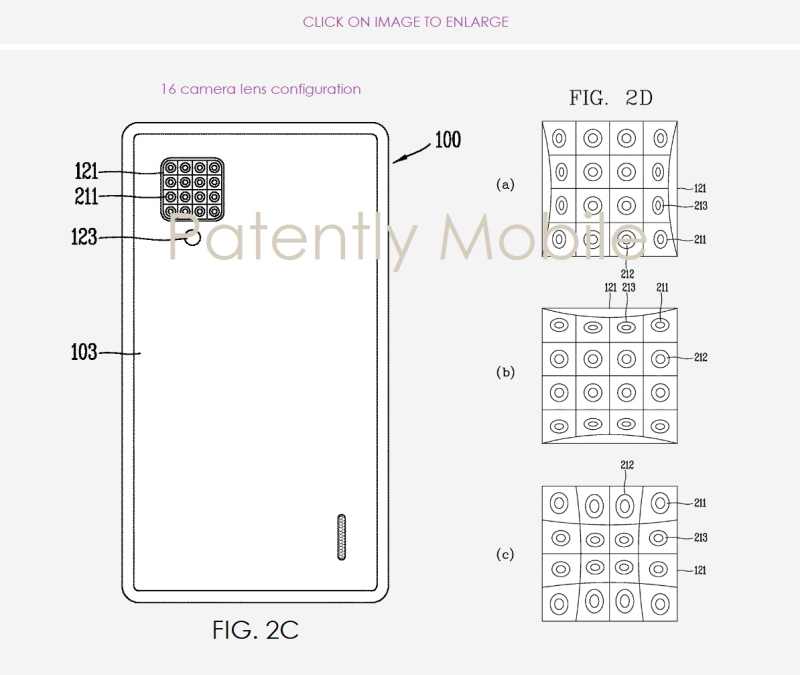 In LG's patent FIG. 2d above (a, b and c), the plurality of lenses may be arranged along a curve of which a plurality of lines in either a horizontal direction or a vertical direction are formed to be concave as shown in (a) and (b) of FIG. 2d.

Also, the plurality of lenses may be arranged along a curve, that is, a spherical surface, of which a plurality of lines in either a horizontal direction or a vertical direction are formed to be concave as shown in (c) of FIG. 2c.

The 16 camera lenses may produce up to 16 images for a user to choose from as presented in two patent figures below. However, LG notes that sometimes the camera may decide to only take 9 photos depending on how the user swings or rotates the smartphone in any one of up, down, left and right directions while taking a photo.

Any one of the plurality of lenses may be selected in accordance with a moving direction. The smartphone controller, not the user, determines how many pictures will be taken depending on how the user is taking their shot in realtime. 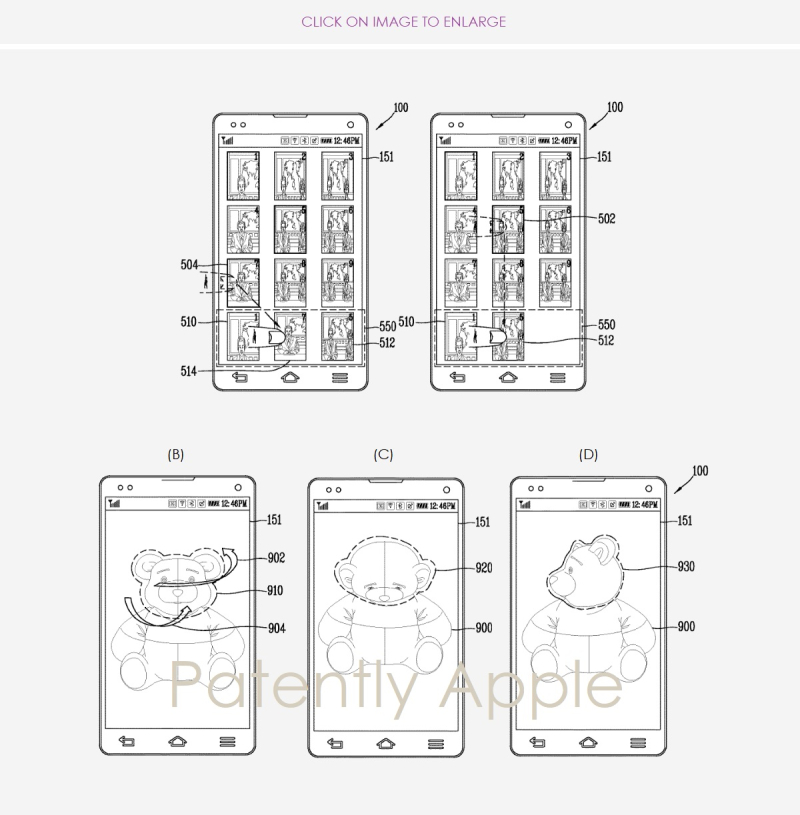 Although it's a little foggy in how they explain it, in this one example the end result is either the user is able to change the direction of bear's head by simply using touch to rotate it, or, the user gets to mix and match parts of the bear from the 16 photos taken and allows the user to switch out one head angle for another.

As the smartphone camera wars escalate, expect to see the leading smartphone OEMs go all out to advance their respective camera systems to provide users with a lot of interesting choices. One crazy off-the-chart camera idea could have the power of gaining a switcher from one brand to another.  Well, at least in the Android world. Interesting times are definitely ahead for camera buffs.