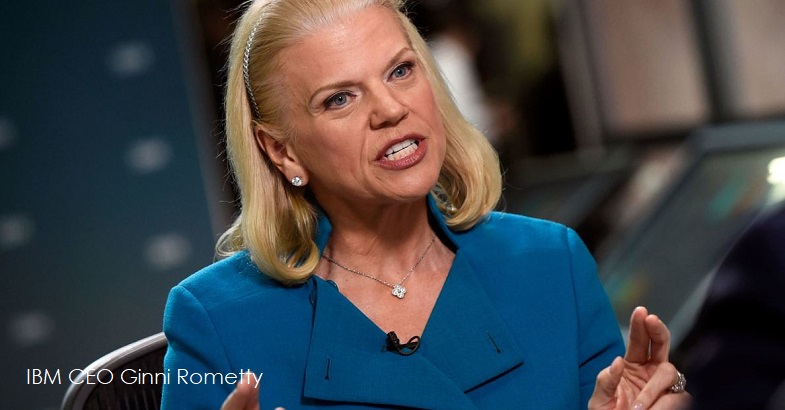 IBM's CEO Ginni Rometty joined a growing chorus of tech executives such as Apple's CEO in lambasting web platforms, like Google and Facebook Inc., over their collection of user data and urged governments to target regulation at those companies.

Without naming company names, Rometty pointed to the "irresponsible handling of personal data by a few dominant consumer-facing platform companies" as the cause of a "trust crisis" between users and tech companies, according to an advanced copy of her remarks.

Rometty’s comments, given at a Brussels event with top EU officials Monday, echoed recent statements by Apple CEO Tim Cook, who in October slammed Silicon Valley rivals over their use of data, equating their services to "surveillance."

The comments by the tech executives come as both Facebook and Alphabet Inc.’s Google are under intense scrutiny by lawmakers in the U.S. and Europe over privacy breaches and election interference on their platforms.

"Dominant online platforms have more power to shape public opinion than newspapers or the television ever had, yet they face very little regulation or liability,” Rometty said. "On liability, new thinking is needed."

Bloomberg further reported that Rometty called on the European Union to change laws that have previously handed web platforms immunity from what appears on their sites.