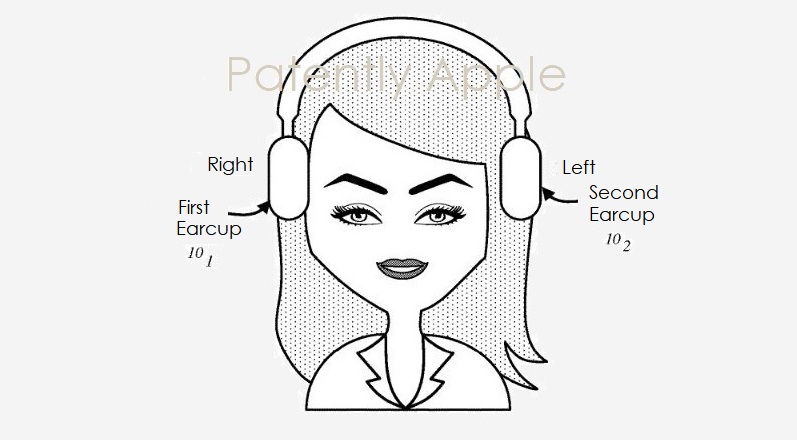 It was reported by Bloomberg in early March that Apple was working on noise-canceling, over-ear headphones that rival headsets from market leaders like Bose and even the company’s own 'Beats' by Dre brand. The timing to market wasn't known, though their sources had said that it could be towards the end of the year. What we got instead was Microsoft beating Apple to market with new adjustable noise cancellation headphones that they launched at their fall Surface event. 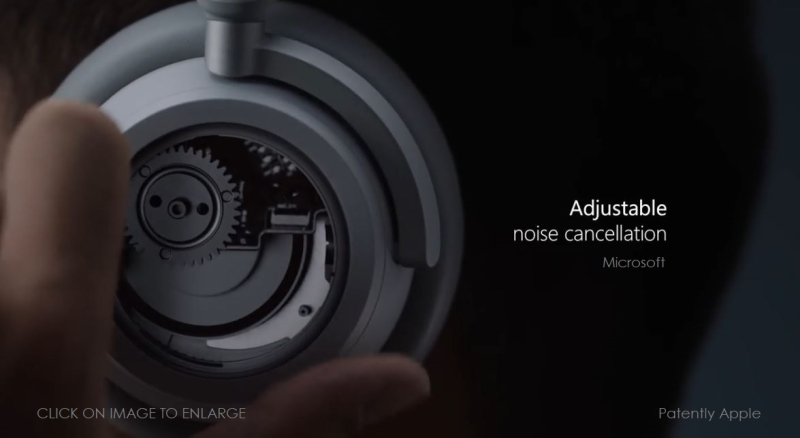 Although Apple has an over-the-ear headphone patent on record, today the US Patent & Trademark Office published a modern up to date patent application from Apple regarding their next-gen headphones with noise cancellation or suppression and more.

Other aspects of the headphones will function much like Apple's AirPods, just with more microphones and deeper quality for telephony and communications with Siri, although the patent is focused on the hardware and doesn't cover Siri or a digital assistant in any way. 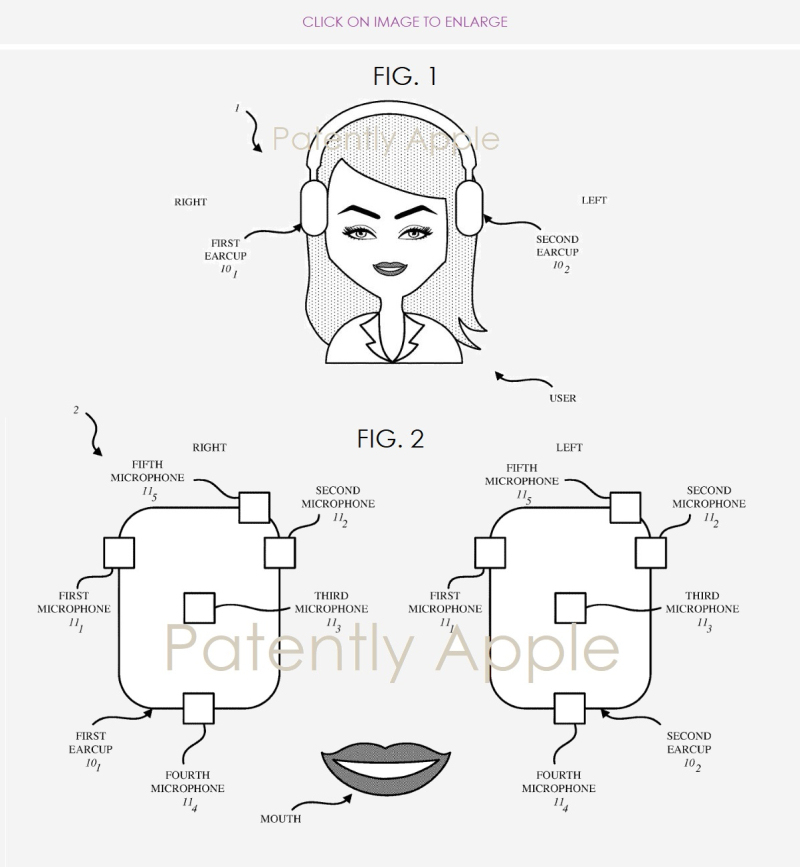 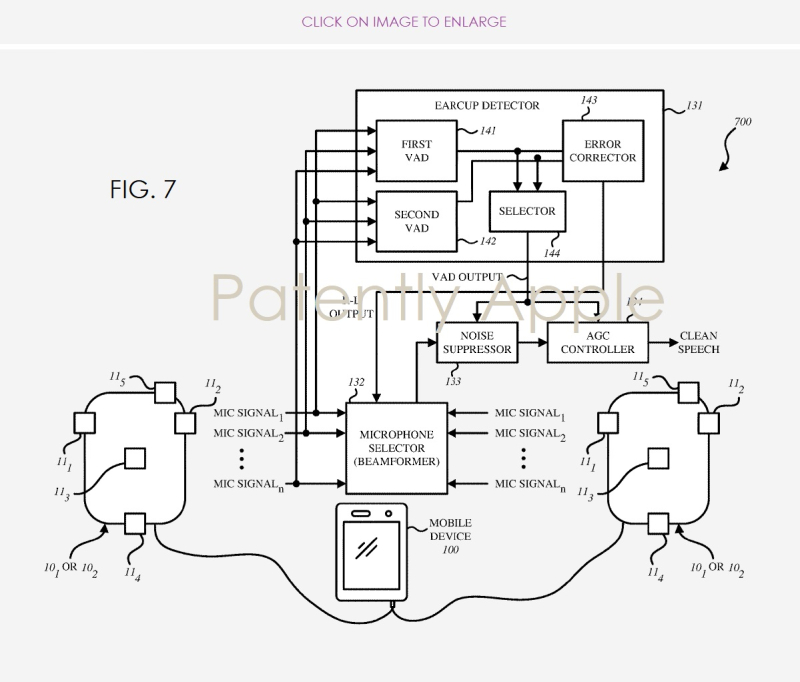 Apple's patent FIG. 7 illustrates a block diagram of a system #700 for right-left ear detection for a headphone which includes the headphone having the pair of earcups 10.sub.1, 10.sub.2.

The system also includes an earcup detector #131 that includes a first voice activity detector (VAD) #141, a second VAD #142, a selector #144 which may act as a VAD signal combiner.

The system also includes a microphone selector (beamformer) #132, a noise suppressor #133, and an AGC controller #134.

Apple notes that the earcup detector may be used during a calibration of the headphone. For example, the user may say a short word or phrase after placing the headphones on her ears. 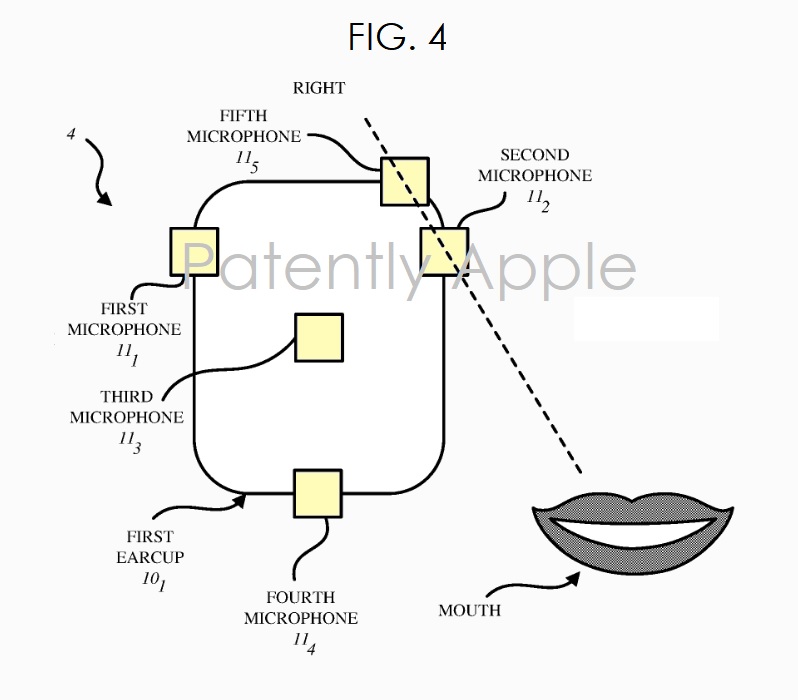 Apple later notes in patent FIG. 4: "since the headphones that include two identical earcups 10.sub.1, 10.sub.2 that may be worn in two alternative placements (FIGS. 2 and 3), the system needs to know which earcup 10.sub.1, 10.sub.2 is currently worn on the right ear in order to allow for audio beamforming of the optimal microphones towards the direction of the user's mouth (FIG. 4), to allow for playing audio on the correct right and left ear correspondingly to the right and left stereo channels, and to provide an accurate voice activity detection (VAD) signal that can be used to estimate the ambient noise for noise suppression or to drive an automatic gain controller (AGC) as well as being used in other modules of the audio voice processing uplink chain.

Apple lists a single inventor, Sorin Dusan who has been with Apple since 2011 coming from Dolby Laboratories who worked in Voice/Speech Processing. At Apple he's a Senior DSP Engineer, Lead.