Apple's Cathedral in the Sky Opens in Thailand this Saturday

In February Patently Apple posted a report about Apple's first flagship store coming to Thailand along with concept drawings and construction photos. The new Apple store is now set to open this Saturday.

SVP of Apple Retail Angela Ahrendts sat down a Thai YouTuber Ceemeagain Chatpawee to talk about the upcoming new store. 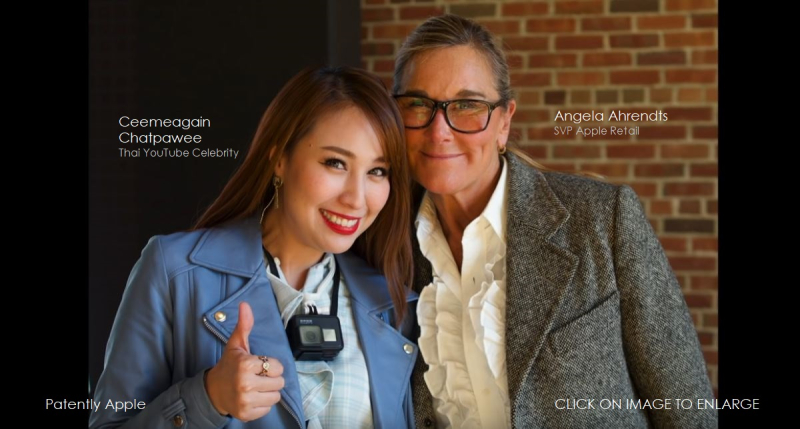 Angela told Chatpawee that Apple loves the project. They love the whole complex that's being built. "It's the newest railway in and the tallest building in the country. We love the whole energy that's going to come out of their. We also love that it's up and we could actually build a beautiful catherdral for Thailand overlooking the river and right with this beautiful landscape garden outside so that we could create the ultimate gathering place for everybody to come and be inspired and learn new things."

Most of the video is in Thai, but there are a few more segments in English with Ahrendts that you review here. 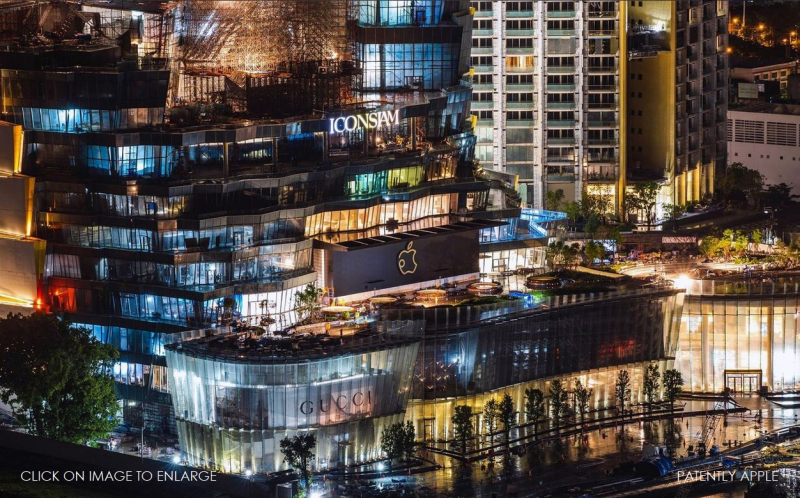 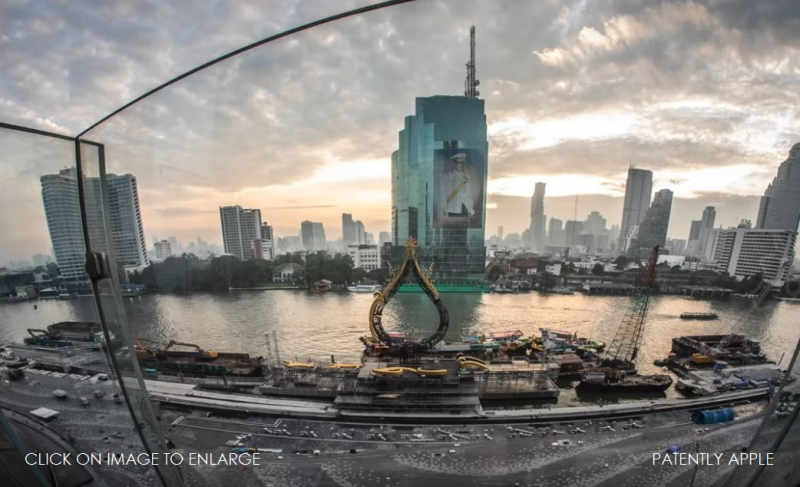 The different angles and views of the photos of the new Apple Store in Thailand could at times appear a little confusing. Is it ground level? Is it the middle of the Shopping Complex? The Apple Store is actually mid-level of the complex where there's an outdoor garden that Apple fans can access through the store. Yet in reality, there a two levels of stores below the Apple Store where you could see the Gucci store just below the garden area.

The photo above was taken in front of the glass wall that's found in the garden overlooking the river. It's definitely going to be a popular destination for tourists around the world to be sure. The view is going to be fantastic for taking photos - especially with one of the new iPhone XS models. 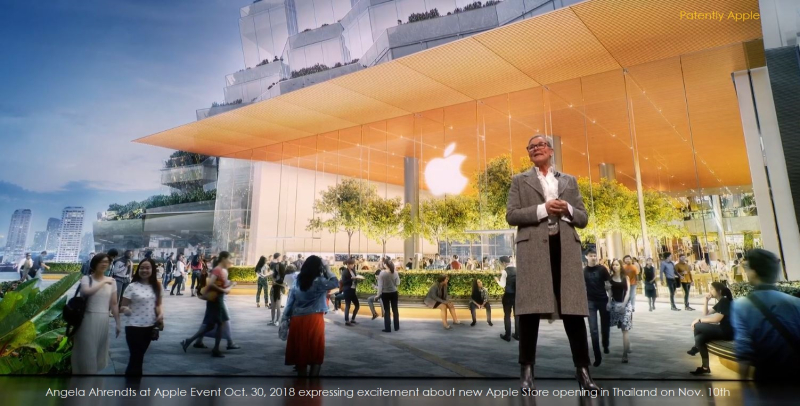 Angela Ahrendts showed us an artist concept image of the new store in Thailand last month during Apple's special iPad Pro event. As you cans see, the store will have huge panes of glass that will be able to brighten the garden area in the evening.