Home Archives Contact Us Subscribe Twitter MeWe Facebook Patently Mobile
While Apple has Gotten the Industry talking about Laptop Replacements, they're making the Case for Wintel Hybrids
Apple Continues their work on a new Medical Component and App for Apple Watch that Alerts users to UV Overexposure 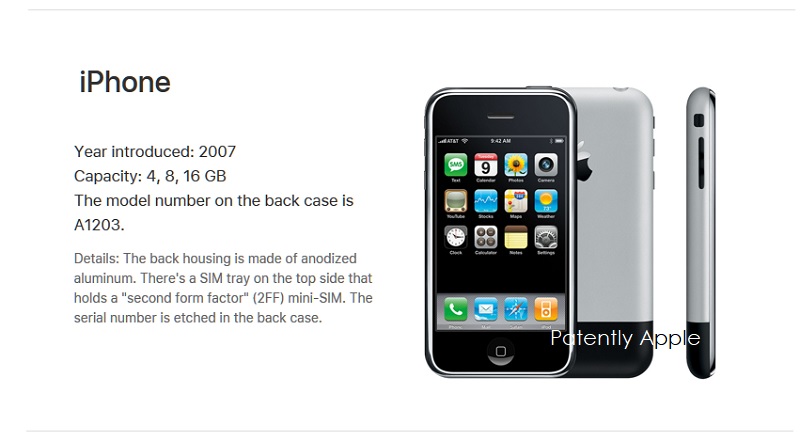 The U.S. Patent and Trademark Office officially published a series of 57 newly granted patents for Apple Inc. today. In this particular report we cover Apple's use of liquid metal in the integral housing of the iPhone fusing metal with glass. Apple was also granted five design patents today with one of them being for the original 2017. We wrap up this week's granted patent report with our traditional listing of the remaining granted patents that were issued to Apple today.

Apple's newly granted patent 10,131,022 titled "Methods and systems for forming a glass insert in an amorphous metal alloy bezel" covers their invention relating to the use of liquid metal in construction of iDevices, mainly the iPhone. 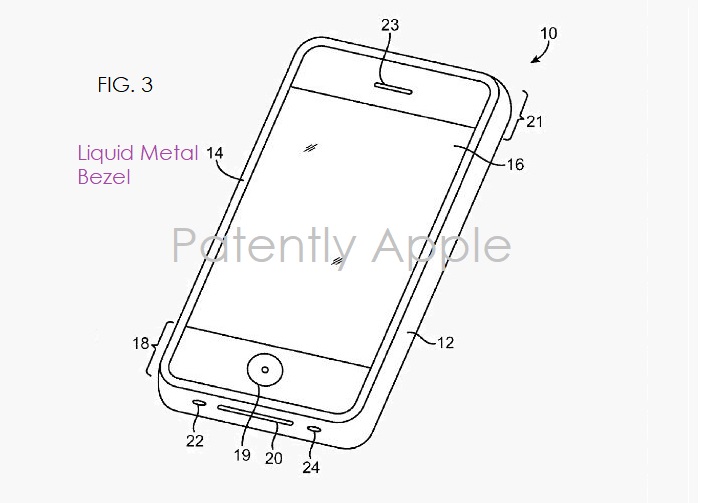 Under the sub-section of the patent titled Forming the "Integral Housing and Transparent Member" Apple describes "The integral assembly may be an overall housing in that the overall housing may include a glass member and the bulk-solidifying amorphous alloy [which is the technical description of the marketing term "liquid metal"]. When the integral assembly is a part that is arranged to be assembled into the overall assembly, the bulk-solidifying amorphous alloy may effectively be a bezel #14 that is formed around the edge of a glass member 16, (FIG. 3)."

Apple was granted 5 design patents today. The first is the most important in the group being that it's for their original 2007 iPhone (D834, 013). Apple's original iPhone's first design patent was granted in 2008 (D558758). Apple's late CEO Steve Jobs is credited as one of the inventors. The term of the patent stands for 14 years. 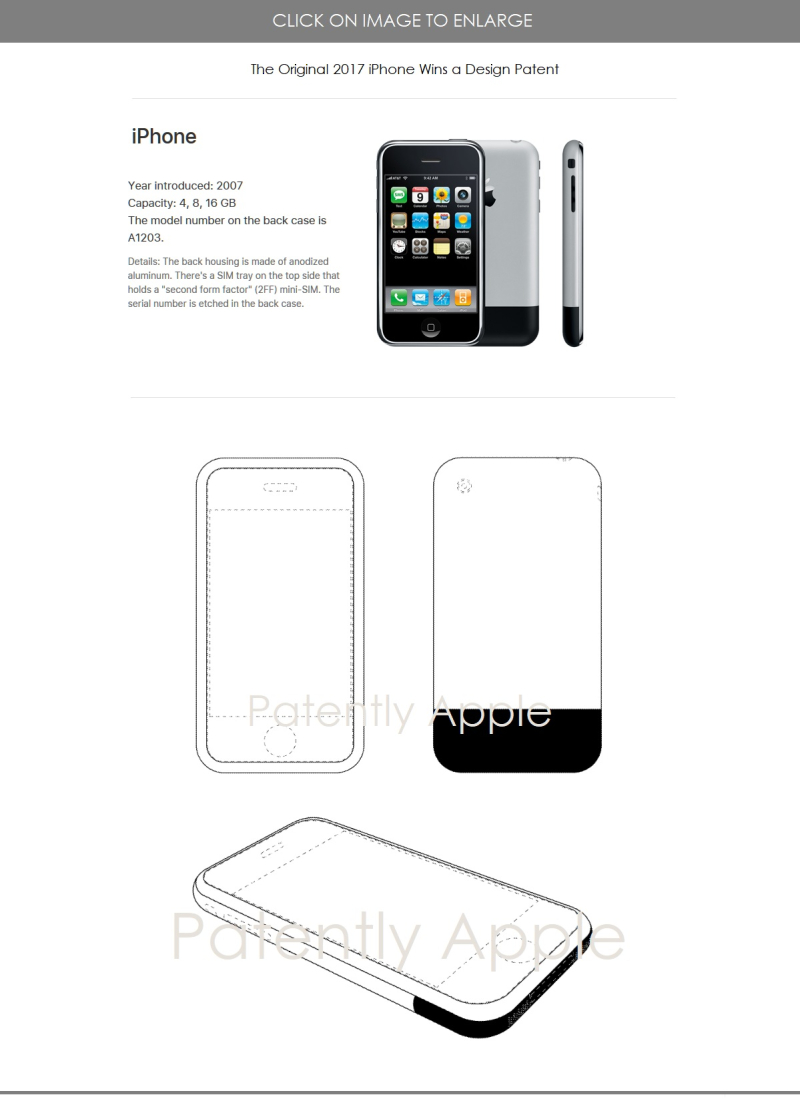 The other four design patents include: an Apple Store Apple Watch table (D833,789) as illustrated below that has a partial glass top where the watches sit beneath;  the GUI for the iPad Pro's Split View (D834,057); EarPods packaging (D833,887); and the Apple Watch Magnetic Leather Loop Band (D833,909). 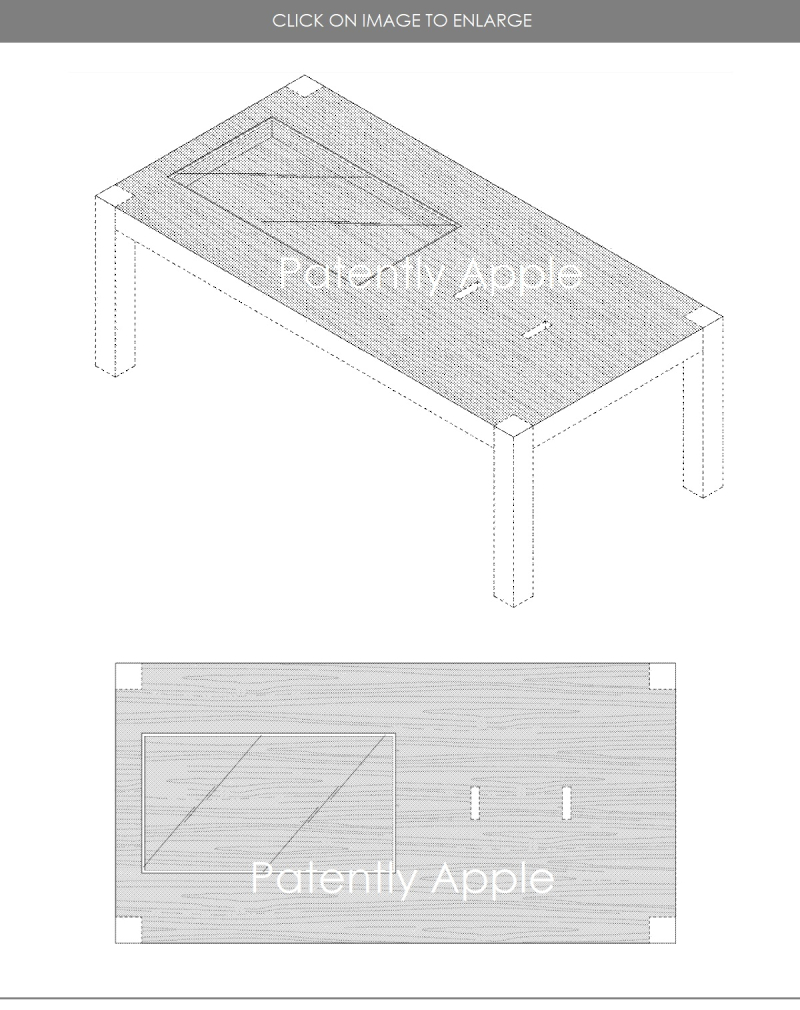 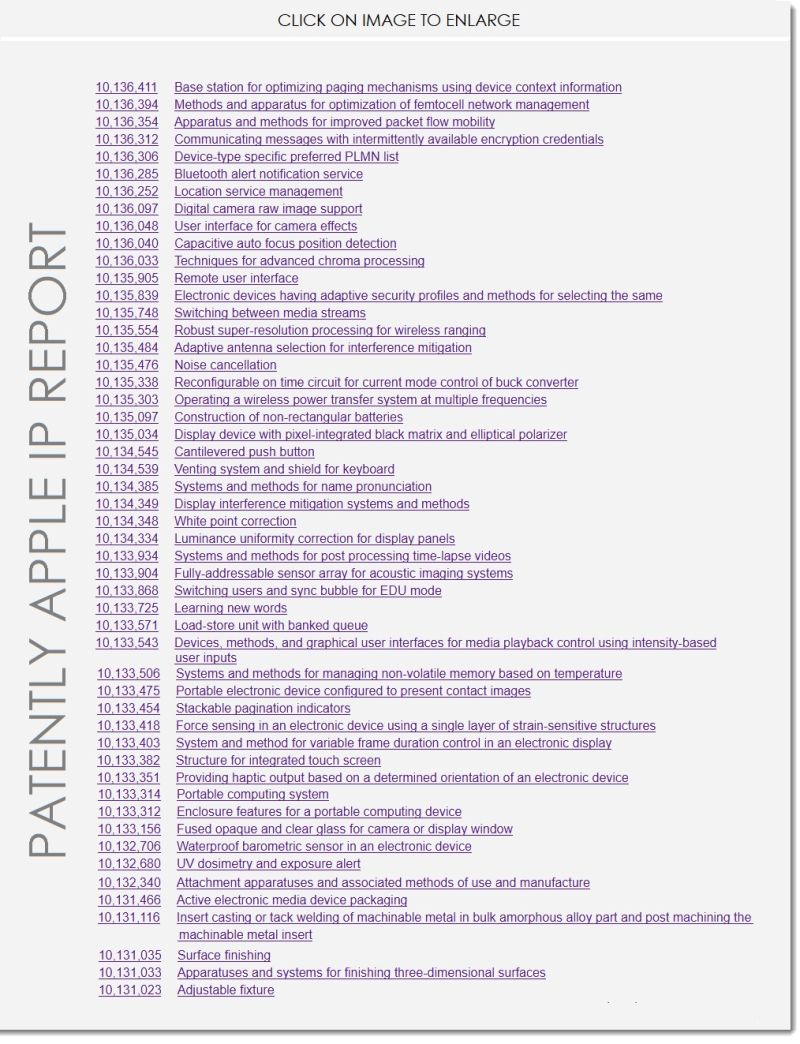