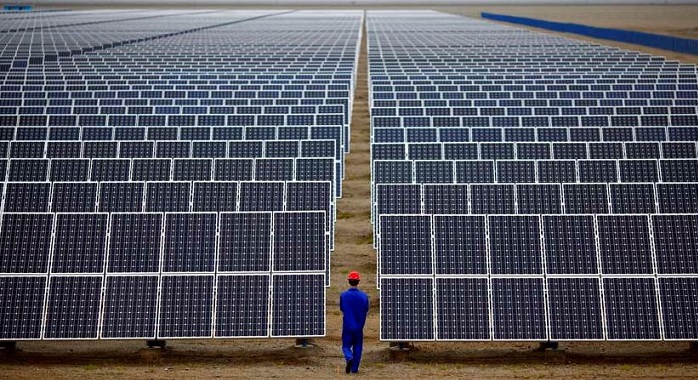 According to a new report, Apple has almost tripled the amount of land it owns over the past two years, as the company makes purchases of vast tracts across the US for data centers and solar farms that can also help secure lucrative tax breaks.

The Financial Times further reported late yesterday that "The iPhone maker’s annual report, published earlier this week, revealed that Apple owns 7,376 acres of land, up from 4,928 last year and 2,583 in 2016. In 2011 it owned just 584 acres, older filings show. 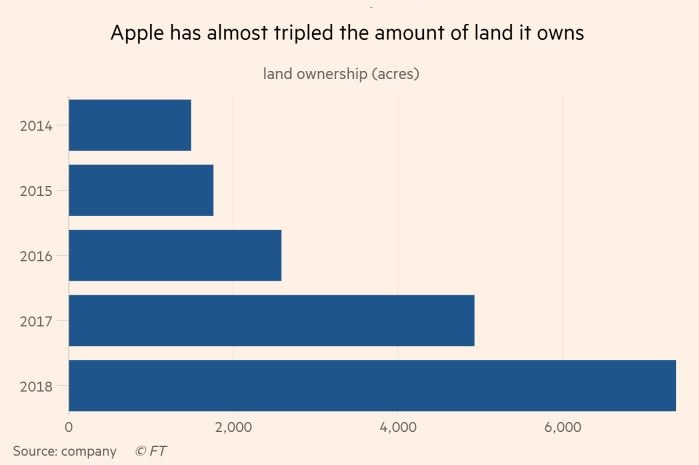 The land — which is equivalent to more than 11.5 square miles, an area greater than Apple’s home town of Cupertino — is listed as being in addition to the 40.8m sq ft of building space that Apple owns or leases for its offices and retail stores.

Apple’s annual report filing states that it owns 'facilities and land for corporate functions, R&D and data centers at various locations throughout the US.'

While analysts have speculated that the land — much more than Apple would need for its current corporate activities — might be earmarked for new US manufacturing facilities, or private testing tracks for its autonomous cars in remote areas such as Arizona, a large slice of Apple’s property is already given over to vast data centers.

Apple says that data centers are just one part of its role as a "powerful engine of growth in the US" that supports 2 million jobs across the country.

Apple further noted that "We’re investing billions of dollars in state-of the-art, environmentally friendly data centers to power the App Store and other services, including iMessage, FaceTime and Siri.

Like Amazon, Apple is also on the hunt for a new campus to build somewhere in the US. Apple announced the new campus in January as part of a pledge to make a $350 billion 'direct contribution' to the US economy over the next five years.

While the Financial Time report noted that Apple has stated that only "$10bn of that investment will be made in its data centers," it was revealed in January that has plans to invest more than $30bn into its US operations, establishing a new campus and creating more than 20,000 jobs. What will Apple's additional $320 billion be spent on? Only time will tell as they reveal their investments in quarterly filings over the next 5 years.