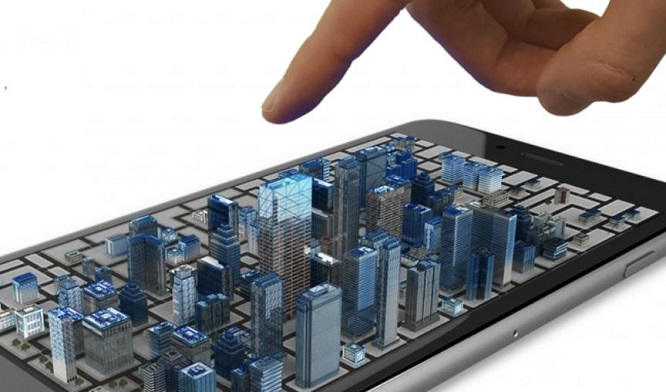 Today the US Patent & Trademark Office published a patent application from Apple that relates to micro-LED displays that provide an angle-of-view adjustment layer that may be formed from holographic structures. The patent application is all technical without an overview of how Apple could implement this holographic technology. All we know is that it could apply to any future Apple products from Macs to iDevices, with the iPhone the key focus.

With that said, it should be noted that in August Apple acquired Akonia Holographics, inventors of advanced optical technologies based on Holography for AR Headsets. The company has over 200 patents related to holographic technologies and displays.

In September Patently Apple discovered a patent application from Apple in Europe covering a head-mounted display system for mixed reality and holographic content.

In October a patent application from Apple revealed work being done to integrate a holographic layer into a Quantum Dot Display.

Beyond a headset, Apple won a patent in May that covered on a wild holographic-type of invention related to Apple TV going back to 2011. 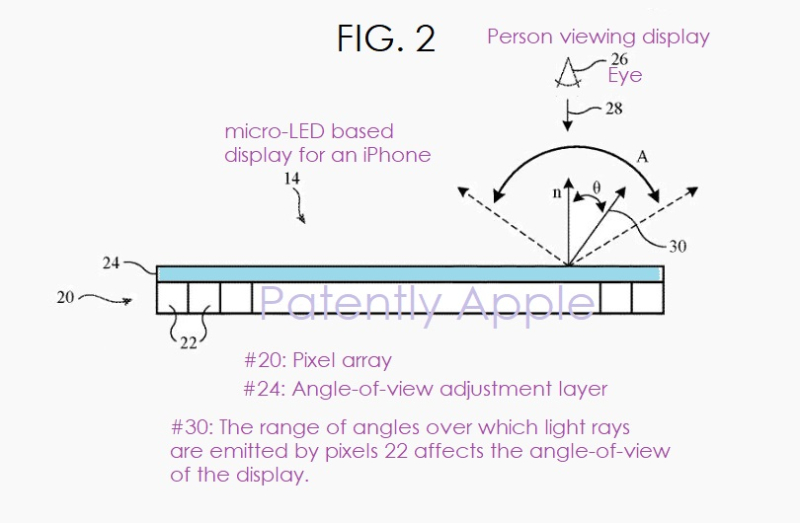 Apple provides an example below wherein component #80 of FIG. 11 includes both a light-emitting device and a light detecting device that allows component #80 to serve as a light-based proximity detector (e.g., a proximity detector in a cellular telephone that determines when an ear speaker in the telephone is adjacent to a user's ear). Holographic structure MA may overlap the light-emitting device in component #80, which is emitting light #84 outwardly through layer #68. Holographic structure #54A may serve as an input coupler that couples this light 84 from component 80 into layer 24. 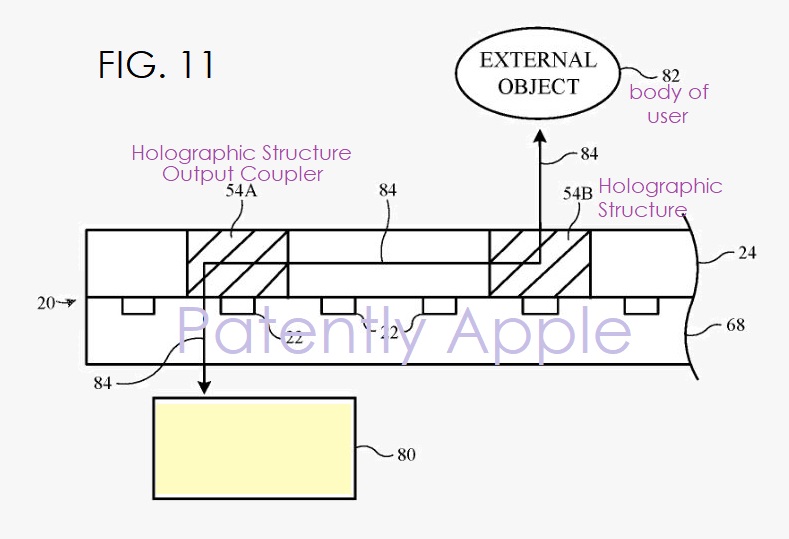 After being guided to structure 54A, which serves as an output coupler, the reflected light is directed towards the light detector in component #80. The emitted and reflected light in this scenario may be, for example, infrared light. If desired, this type of arrangement may be used for any suitable light-based component (e.g., an ambient light sensor, status indicator light, image sensor, etc.). The use of holographic structures and waveguide techniques to redirect and guide light for component #80 may facilitate the incorporation of component #80 within the housing of the device such as an iPhone.

Apple's patent application 20180321432 titled "Display with Holographic Angle-of-View Adjustment Structures," was originally filed back in Q4 2017 and published today by USPTO. Considering that this is a patent application, the timing of such a product to market is unknown at this time.

It should be noted that there's a second patent associated with the same patent figures. The second patent 20180323242 is titled "Display with Nanostructure Angle-of-View Adjustment Structures."

In the second patent Apple notes that "the viewing angle for the user is enhanced as the angular spread of the emitted light from the pixels is enhanced by the angle-of-view adjustment layer. The angle-of-view adjustment layer may be formed from holographic structures recorded by applying laser beams to a photosensitive layer or may be formed from a metasurface that is created by patterning nanostructures on the display.

Side Note: This week both Unbox Therapy (funny video) and Marques Brownlee reviewed the Red Hydrogen One smartphone that's being touted as the first smartphone that delivers a camera that could capture holographic imagery. Both reviews gave it thumbs-down overall even though they appreciated the company was trying to deliver a breakthrough camera. The company's website claims: 'The World's First Holographic 4-View Media Machine; Better than 3D without glasses.