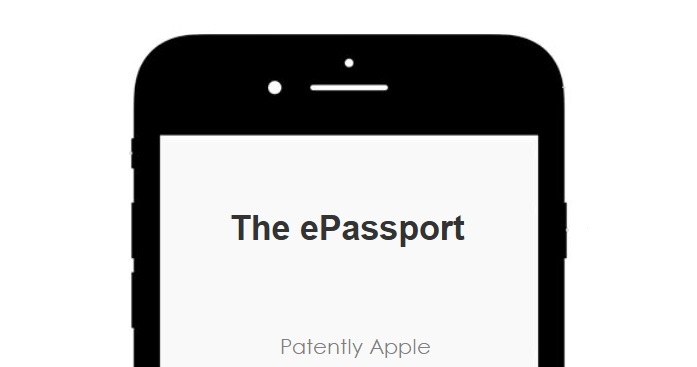 According to a new report posted today from London, "The UK government is preparing to launch a smartphone app to make it as easy as possible for EU citizens to apply to remain in the UK after Brexit - the only problem is it doesn't fully work on Apple devices just yet.

The BBC repoorts that "The app is a key part of the government's drive to get the estimated 3.5 million EU citizens in the UK to apply for "settled status".

App users answer three 'simple' questions, take a 'selfie' to be checked against Home Office records and then - if they have an Android phone - scan the chip on their passport to verify their identity. The Home Office says a decision will be made on whether they can stay in the UK within two weeks."

The report further noted that "As things stand, people with Apple devices will not be able to scan their passports and will either have to borrow an Android phone to complete their application or post their passport to the UK Visa and Immigration Service instead, meaning the process is likely to take longer.

Home Office officials knew there would be a problem with Apple devices when the app was announced early this year.

But they were hoping Apple would release an update to its operating system to allow users of the firm's devices to scan their passports in the same way that people with Android phones can.

The US tech giant has so far declined to do so, despite representations from UK government ministers, including a trip to the firm's Silicon Valley HQ by Home Secretary Sajid Javid.

It is not a technical problem. Apple devices have been fitted with Near Field Communication chips, as they are known, since 2014.

But the company has mostly limited use of the chip to Apple Pay transactions, for security and commercial reasons.

Sources say that Apple is continuing to work with the Home Office but would not be drawn on whether a solution is likely to be found before the UK leaves the EU in March.

Home Offices sources told the BBC "we are continuing to engage with Apple at the highest level."

But given how much emphasis ministers placed on the convenience and ease with which EU citizens would be able to apply by smartphone - and the sheer volume of people they need to process - the continuing issues with Apple have to be seen as a setback." For more on this story, read the full BBC report here.

If it's seen as a setback, then perhaps the UK Government should have approached Apple a little earlier. At the moment, it's likely a timing thing, as Apple likes to think of such moves soundly.

And with Cook, he's likely to investigate whether opening that door weakens their ongoing battle with governments over accessing data on Apple devices. Apple recently sent a 7 page letter to the Australian Parliament over security issues. Apple takes security very, very seriously.

Yet it must be said that in the big picture, Apple has had a team working on future e-Passport app beginning sometime between 2016 and 2017. Patently Apple posted a patent report on ePassports in August. We noted that the latest patent filing was originally filed in early 2018.

Apple noted in their patent filing that various governments are now issuing various forms of identification that are capable of storing identification information that can be used to authenticate a user.

So clearly Apple has been working on this eventuality prior to the UK's announcement and is currently working it through Apple's system which takes time. I believe that Apple is likely to have an e-Passport app in the future. Whether Apple can expedite the app in time for the UK's Brexit app for quick and easy citizenship is unknown at this time. But unlike the BBC's commentary, I don't think it's a setback just yet.