Earlier today Patently Apple posted a report titled "Apple Music set to Launch on Amazon Echo Devices before Christmas with Alexa in Command." Now we're learning that Apple is also out to grow Apple Music in another way, via iHeartMedia and terrestrial radio. The news of this first began to surface on November first.

In a followup report The Financial Times adds that Apple’s discussions about a potential deal with US radio group iHeartMedia underscore how they're looking to nurture the close relationship with the music industry that Jobs fostered.

Music executives say that after a late entrance to music streaming in 2015, the tech group has been gaining confidence and ratcheting up its efforts to grow Apple Music. The number of subscribers has grown to 56m, up from 50m in May, and Apple recently overtook Spotify to become the top music streaming service in the US, the world’s biggest music market by revenues.

Apple’s talks to invest in iHeartMedia, the bankrupt company that dominates the US radio business, demonstrate how it is looking for new ways to broaden the audience for Beats 1. 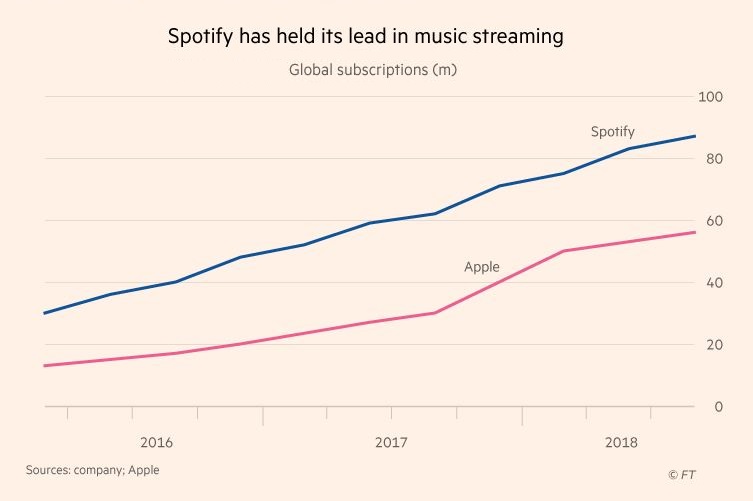 Any deal could also help Apple close the gap with Spotify, which remains the global leader in music streaming, and industry executives say has been better at attracting customers.

According to one major music label executive: "Terrestrial radio is not the force it once was, but there are millions of people listening to the radio. These radio listeners will inevitably migrate to online services, and they could be herded towards Apple."

As Apple confronts a maturing market for smartphones, music and other media services are becoming a more important component of its overall revenue growth. Mr Cook has said that by 2020 he wants revenues generated from its online services, including Apple Music, the App Store, and Apple Pay, to hit $50bn — a doubling of 2016 levels. The company’s revenues from services topped $10bn for the first time in the company’s most recent quarter."

In July Google launched their support for next-gen smart speakers with a display that includes their own Home Hub, Lenovo's Smart Display and Samsung-Harman's JB Link View. The devices have built-in support for iHeartRadio. Apple may be trying to counter and limit Google's influence in the smart speaker market.