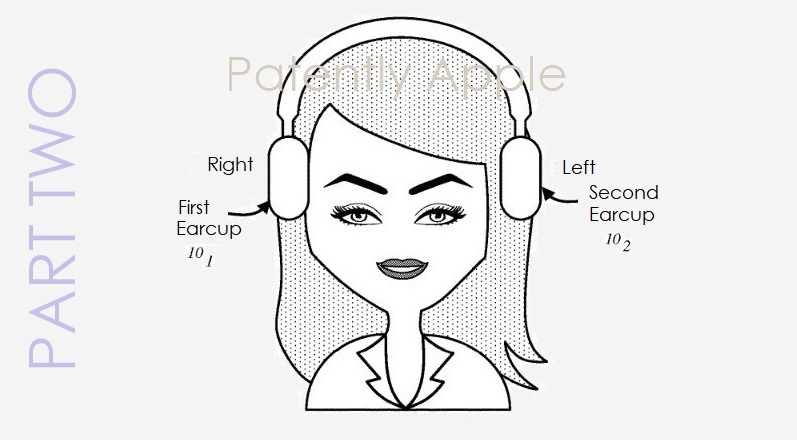 It was reported by Bloomberg in early March that Apple was working on noise-canceling, over-ear headphones that rival headsets from market leaders like Bose and even the company’s own 'Beats' by Dre brand. The timing to market wasn't known, though their sources had said that it could be towards the end of the year or sometime in 2019.

Apple notes that a common complaint with most earphone or earbud devices used with telephony is that the speech captured by the microphone port or the headset includes environmental noise such as wind noise, secondary speakers in the background or other background noises. This environmental noise often renders the user's speech unintelligible and thus, degrades the quality of the voice communication.

Apple invention is focused on delivering an over-the-ear headphone with a method of overcoming wind and noise issues.

By reducing the wind and noise in the signals captured by the microphones, the speech quality and intelligibility of the uplink signal is enhanced. Specifically, embodiments of the invention spectrally mix signals from a microphone located inside the earcup (or ear bud, or phone) that is directed towards the ear canal (e.g., error microphone) with the signals from at least one microphone located on the outside of the earcup's housing to generate a mixed signal.

Apple's patent FIG. 3 below illustrates a block diagram of a system of wind and noise reduction for a headphone. 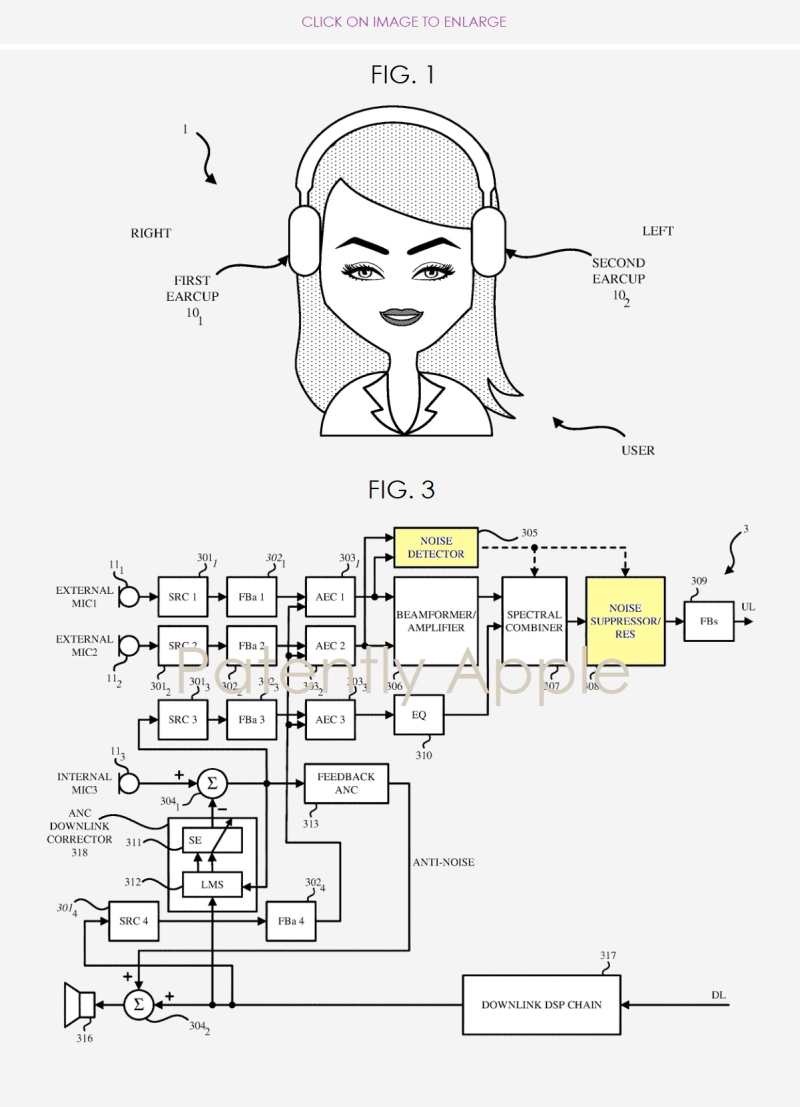 Sorin Dusan: Senior DSP Engineer, Lead; Dusan has been with Apple since 2011 coming from Dolby Laboratories where he worked in Voice/Speech Processing.

The third inventor listed is Bajic Vladan with no information about him found on LinkedIn.

While Apple fans were hoping for Apple's new over-the-ear headphones for Christmas, they were a no show. Instead Microsoft surprised the market by introducing their new Surface Headphones that are adjustable noise cancellation headphones at their fall "Surface" event.

Last week Marque Brownlee reviewed the best wireless headphones for the holidays and for him, Microsoft's headphones won over Bose and others which puts a lot of pressure on Apple to beat the new Noise Cancellation Headphone leader in town.