Xiaomi introduced their new Mi Mix 3 today beating out Apple's 6.5" display and Samsung's 6.4" with a massive 6.9" display that intelligently eliminated the Notch first started with the iPhone X last year. More specifically the display is 6.9-inch full HD+ (2160 x 1080) IPS display with a 2.5D curved glass on top of it. The battery is an insane 5500 mAh so it's suffice to say users won't be running out of juice during the day. 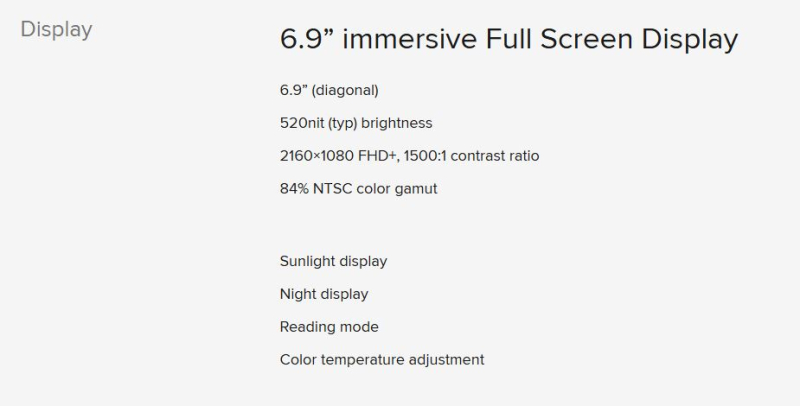 Mi Mix 3 offers Face Identification but the camera system isn't visible on the face of the display until the user quickly slides the display down thereby exposing the camera system. When not in use, the camera disappears as noted in the images below. Xiaomi uses a magnet based system for the sliding camera and it's rated to open and close 300,000 cycles before there could be a problem.

Engadget's Editor in Chief Richard Lai walks us through the new phone for a first impression. It's not meant to be a review at this time. 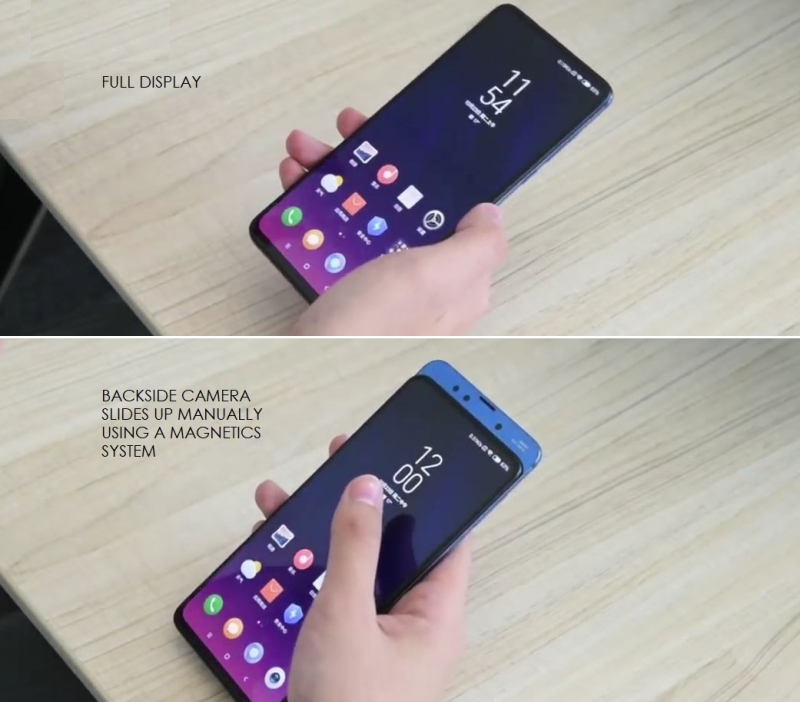 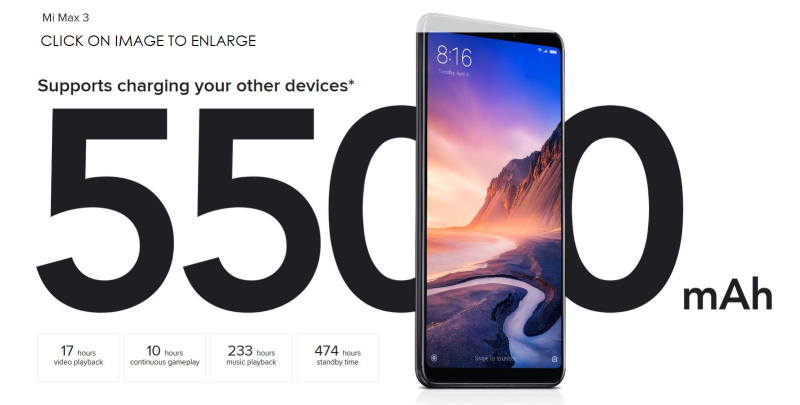 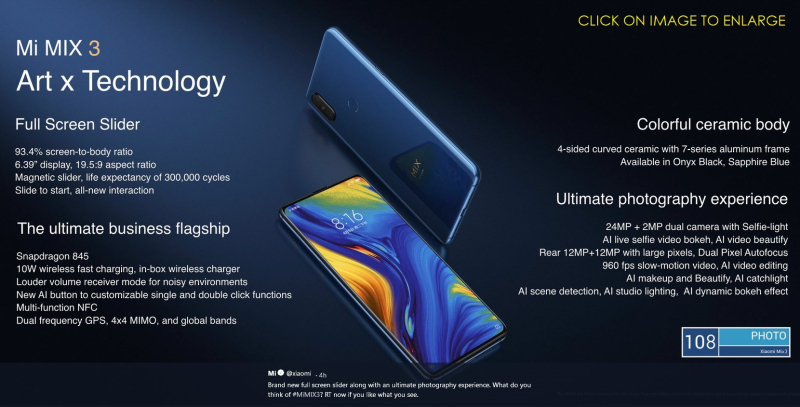 The Full specifications of the new Mi Mix 3 could be found here. Top Vloggers will be reviewing this in the future and at that time we'll do a follow-up report.

I'll take a guess here and predict that the Xiaomi Mi Mix 3 running Android will crush Samsung's Galaxy Note 9 and S9 models hands down. With its starting price being under $500 in China, it's a winner. It's high-end model offers 10GB RAM, 512GB ROM for $720.