Will Apple be an Early adopter of 5G modems for iDevices? 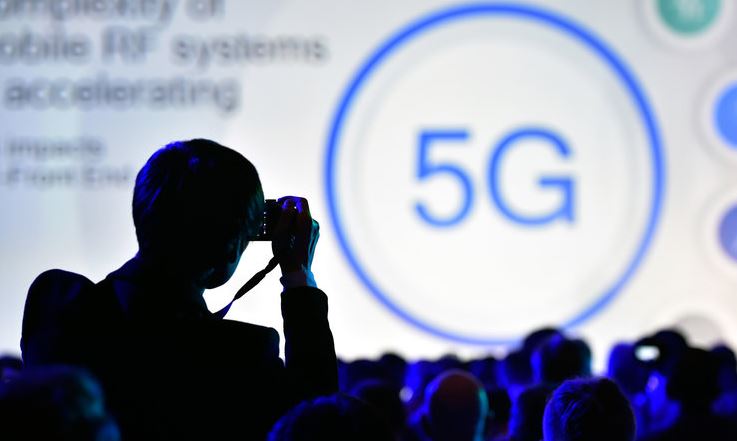 Apple's new iPhone XS Max is up to 200% faster than the LTE data speeds of the iPhone X. While that's crazy fast, Samsung's Note 9 handily beat Apple's new premium iPhones. The video report by Booredatwork was supported by many tech sites like iPhone Hacks while PCMag relied on Ookla's speed test. Even though technically the Note 9 is faster, I don't think that in the big picture it's that big a deal.

However, when smartphones from Samsung and/or Huawei offer a 5G modem next year, it is going to matter if Apple so chooses to wait to implement 5G until 2020.

While Apple's die-hard fans will support whatever Apple sells next year, there are those within the Apple community that could switch for one season just to get their hands on a smartphone with a 5G modem.

Of course it's up to Samsung and Huawei to offer a gaming or media service or something that will make 5G a killer feature. Otherwise it will be of no consequence.

There are some that believe that Apple will wait until 2020 but with Apple's TV subscription service on tap to finally come to market in the H1 2019, it's Apple who could make 5G a killer feature on iDevices, especially with a push for mobile TV – TV any time, any where. Streaming media is going to be one of 5G's earlier hot ticket features. 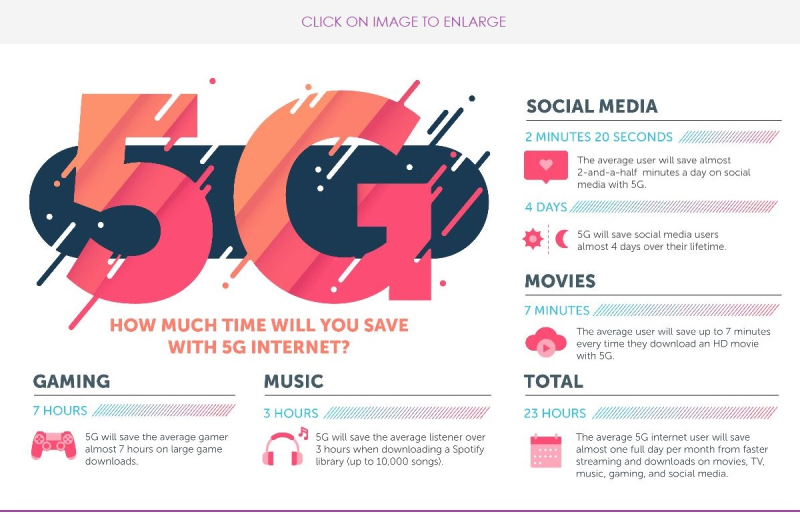 If 5G delivers on its projected speeds, a highspeed Internet.com report states that it could "revolutionize your internet experience. With 5G, you could seamlessly stream in 4K Ultra HD or download multiple gigabits of data in seconds instead of minutes.

The report further notes that it will also lead to more ISP Options. Because 5G infrastructure is less intrusive and potentially less expensive than other internet types like cable or fiber, it lowers the cost of entry into the marketplace. This means companies from other industries—like mobile phone companies, power companies, or even start-ups—could jump into the ISP business. That increased competition could drive prices down and service levels up."

According to a new supply chain report published today by Digitimes, both Qualcomm and MediaTek will be moving up their launches by one full quarter which means in the first half of 2019.

While Qualcomm will be leading the race with 5G modems, the report notes that "MediaTek has planned to start volume production of its latest 5G modem chip Helio M70 in the second quarter of 2019, utilizing TSMC's 7nm process.

The sources said that 5G equipment and terminal applications are expected to have a strong presence at the CES and MWC to be held early 2019, and 5G smartphones are expected to hit the market in the second quarter, all at least one quarter ahead of original timetables."

The Mobile World Congress (MWC) is usually when Samsung releases their latest Galaxy S smartphone and the S10 is scheduled to arrive in late February prior to the start of MWC on February 25, 2019.

T-Mobile stated earlier this year that "We’re tackling 5G with an army at our side. To advance our 5G vision, we’re working closely with 3GPP, industry standards groups, chip makers, and a range of global handset manufacturers – who are on track to deliver the first handsets in early 2019.

Since Apple's TV subscription is rumored to launch in H1 2019. Perhaps we could see Apple announce it at their World Wide Developer Conference in tune with 5G ready iPads or even Apple TV. Verizon is already pushing 5G into the home with the marketing tag line: Cut the cord. Go 5G Home. The ad shows a smart speaker. 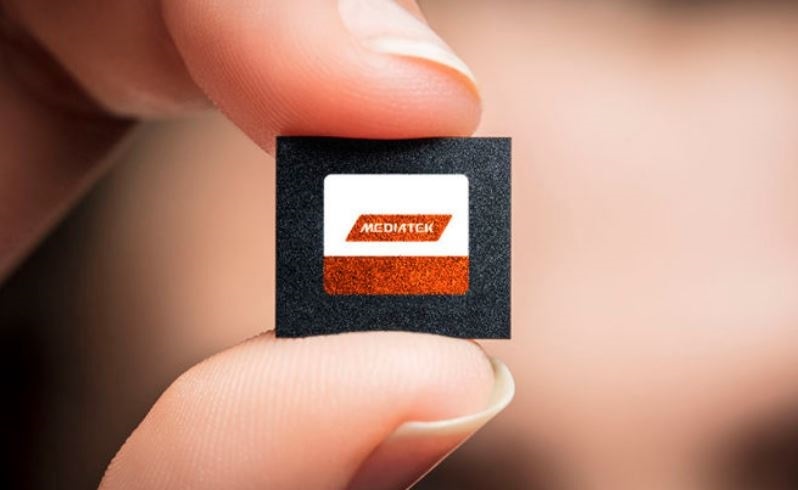 The news of MediaTek's 5G chips being ahead of schedule was first reported on by Patently Apple back on August 1st. On August 16th we posted a second report titled "Is Samsung now in the Race for Apple's 2019 iPhone 5G Modem Business?" While Samsung lost the A-Series Apple processors to TSMC, Samsung will be hungry to score Apple as 5G modem chip customer.

Samsung has touted that their 5G modems with support ultra-high resolution videos, holograms, real-time artificial intelligence (AI) and autonomous driving. Samsung's Galaxy S10 is to launch with their 5G modem in late February.

Clearly Apple has two hungry 5G modem suppliers that will flip over backwards to win an Apple order, so technically Apple could be on board with 5G modems iDevices in 2019.

Last month a report published by AT&T talked about using 5G Millimeter Wave technology in their recent test in Waco Texas. Apple was granted patents related to Millimeter Wave Antennas for iPhones in both September and October. So it's crystal clear that 5G iPhones are on the way with next-gen technology. 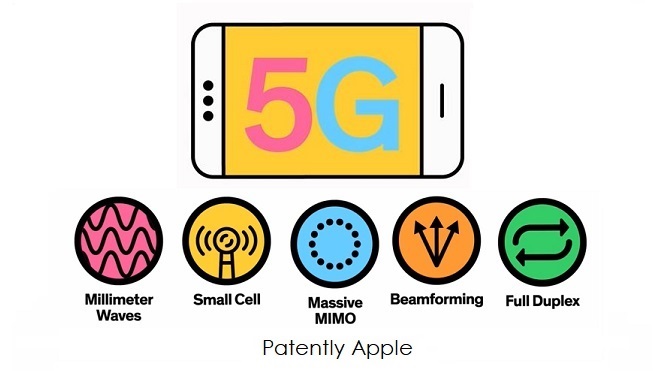 Will Apple be an early adopter of 5G and catch the next wave of the internet? I think that there are positive signs and with Android smartphones rolling it out big time in 2019 it's hard to believe that Apple will allow Google's Pixel 4 and Samsung's Galaxy S and Note series smartphones have a huge lead over the iPhone in 2019.

Apple could also choose to start slowly with 5G for the home via a next-gen Apple TV box.

One way or another I believe that Apple will want to look like a leader in this race to deliver 5G devices to market in 2019 and not a follower.

With most high profile critics with huge audiences like The Verge, iJustine, Marques Brownlee and Unboxed Therapy voting for the Pixel 3's camera over the iPhone XS this year, I don't think that Apple will want their competitors smartphones to continue to beat out the iPhone on key features – even if flippant Phil Schiller states that Apple "doesn't think too much" about the competition.