Home Archives Contact Us Subscribe Twitter Facebook MeWe Parler Patently Mobile
Samsung is aiming to use a 6.66" Display for their Note 10 in 2019 along with 5G Connectivity and more
Jony Ive Interviewed by Anna Wintour, Artistic Director of Condé Nast at Wired25 Event 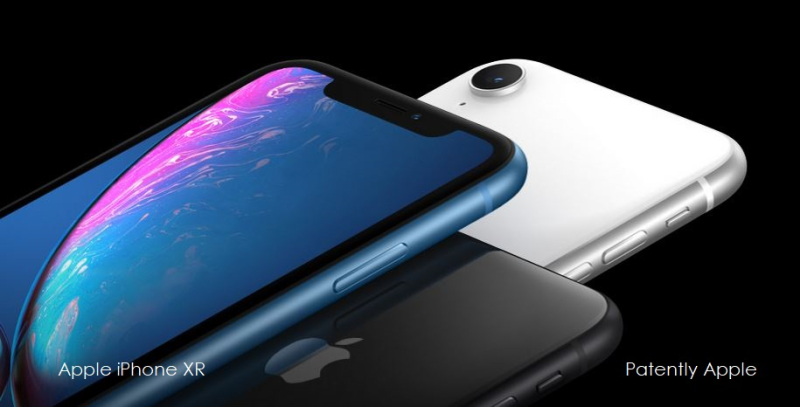 Early this morning the news broke that Goldman Sachs was seeing a rapid slowdown in iPhone demand in China. Of course that was relating to Apple's higher end iPhone XS models. To counter that negative report, a top analyst over at Hong Kong's TF International Securities Group says that Apple's iPhone XR model, the lowest priced iPhone for 2018, that starts pre-orders on Friday will be a smash hit.

CNBC reports tonight that the Apple analyst Ming-Chi Kuo claims that the iPhone XR will be the hit of the year in China. Kuo, whose known for accurate predictions that result from having close ties to manufacturers in Apple's supply chain, increased his iPhone XR shipment estimate for the calendar fourth quarter by 10 percent on Sunday. He now expects that the company will ship between 36 million and 38 million units in the period, up from a previous prediction of 33 to 35 million.

He revised his estimate for total iPhone shipments to 78 million to 83 million units from 75 to 80 million. Apple sold 77.3 million iPhones in the comparable period a year earlier, so Kuo is expecting a slight increase.

"We believe that replacement demand for XR will be better than it was for the iPhone 8 series last year because of XR's larger display, longer battery life, dual-SIM support, and new form factor design," Kuo wrote.

The iPhone XR is the most affordable of three new iPhones Apple announced in September. It goes on sale Oct. 19, and will be in stores a week later. It starts at $749, while the new iPhone XS starts at $999.