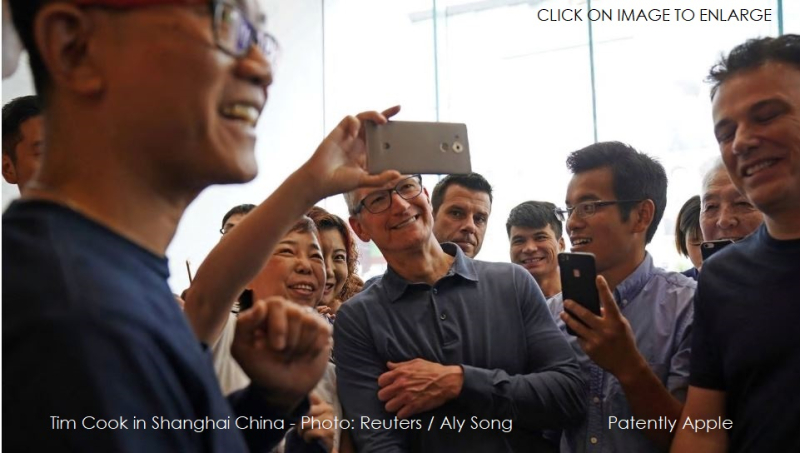 A new report today notes that Tim Cook was all smiles at the Chaoyang Future School in Beijing on Wednesday, watching high school students use Apple Pencils on iPads. Tim Cook reportedly wrote on his Weibo site that "I'm incredibly impressed by the talent and passion of your students, teachers and staff."

The Washington Post reported that Cook "regularly visits China to deal with the tech giant's business here or in his capacity on the board at Tsinghua University School of Economics and Management. Apple is also building a joint research center with Tsinghua that will focus on advanced technologies, including machine learning and computer vision. 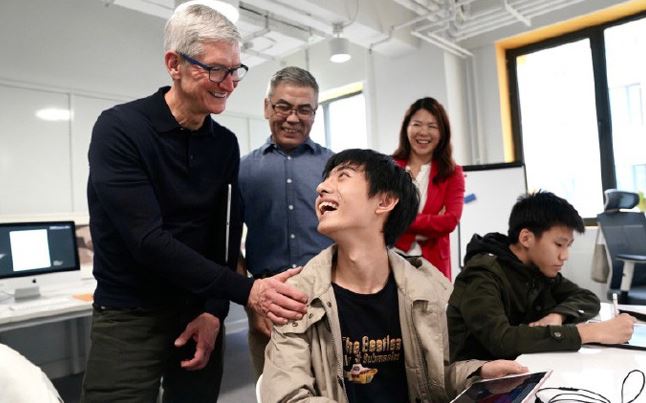 This week, he has been on a one-man charm offensive to promote Apple products, including the new iPhone XS Max, which sells for a whopping $1,850 in China. A top-end phone by local manufacturer Huawei retails for about $700. As such, sales of the new Apple phone have been disappointing, the business publication Caixin reported after interviewing authorized retailers."

Of course Caixin is a Chinese publication and so we'll wait until Apple reports for calendar Q4 (Apple's fiscal Q1) before swallowing the so-called disappointing iPhone XS sales commentary.

Of course the Chinese want Tim Cook to be their puppet in the US and talk up China's position on trade. Li Qian, secretary of the Communist Party in Shanghai, said after meeting with Cook that "We are willing to . . . find mutual benefit and win-win results, and to inject new vitality into Shanghai's development." A formal statement from Li Qian's office further added that "We are hoping that Apple will play a bigger role in promoting exchanges and cooperation between Shanghai and the United States

Apple's CEO has already bashed the Trump administration on the trade issue and with China looking for Cook to verbally continue that position in the U.S., it's likely a done deal that Cook will continue this line of rhetoric.

Unfortunately the Washington post used Cook's positive trip to Shanghai meeting with Tsinghua University School of Economics and Management as a politically charged football. There's no denying that Jeff Bezos who owns the paper uses it as a political whip against President Trump at every opportunity – even if it means crapping on Cook's business trip to advance their cause. For more on Post's political slant, click here.