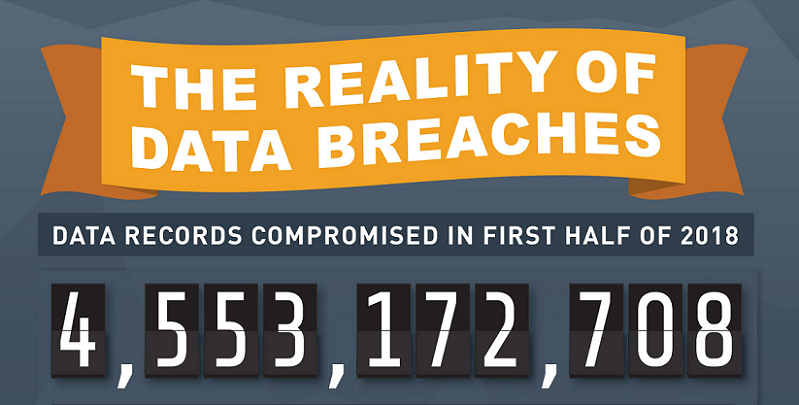 In an earlier report today we pointed out that Google tried to hide another major data breach fearing it would trigger Government regulation. Late last month Facebook revealed another massive security breach affecting 50 million or more users. It's out of control and social media is the number one source of the breaches according to Gemalto. While Google posted an announcement yesterday titled "Project Strobe: Protecting your data, improving our third-party APIs," who could ever take Google seriously on privacy or security?

Gemalto is an international digital security company out of the Netherlands that provides software applications, secure personal devices such as smart cards and tokens, and managed services. It is the world's largest manufacturer of SIM cards.

A new report tellus us that a number of important data breach trends emerged in the first half of 2018. One of the most notable of these developments was the introduction of new data protection regulations including the European Union's General Data Protection Regulation (GDPR), New York's Cybersecurity Requirements for Financial Services Companies and Australia's Notifiable Data Breach scheme.

The rationale behind passing these standards is to help organizations better protect customers' privacy and security by design. In terms of data breach sources, malicious outsiders and accidental loss were at the top of the list in the first half of 2018. Those forces accounted for some of the biggest security incidents.

Overall, the total number of records compromised in the first half of 2018 was 4,553,172,708. That figure marks an increase of 133 percent over H1 2017. Not surprisingly, the amounts of records breached every day, hour, minute and second also surpassed the totals observed a year earlier. What is remarkable is that all of these figures more than doubled between 2017 and 2018.

Surprisingly, there were just 945 security incidents reported in the first half of 2018. That's 18.7 percent fewer than the 1,162 breaches disclosed in H1 2017. Of those incidents, there were just 21 data breaches where encryption was reportedly used on the data in whole or in part, less than half the figure for the previous year.

Below is a general overview of the facts about data breaches jammed into a Gemalto Infographic to make it easier for you to digest instead of reading a massive document of dry reading.

Beyond some of the basics, it's interesting to see Gemalto's data on breaches taking place per Industry. 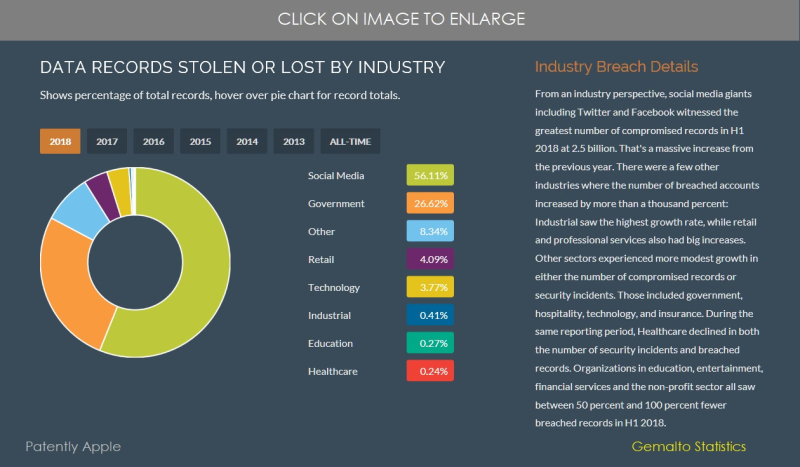 Apple was smart to be one of the first companies to bake the issues of privacy and data protection into their every product and service they have. Later this month Apple's CEO will be speaking at a European security data protection event.

The supervisor of the event stated last month that "We are delighted that Tim has agreed to speak at the International Conference of Data Protection and Privacy Commissioners. Tim has been a strong voice in the debate around privacy, as the leader of a company which has taken a clear privacy position, we look forward to hearing his perspective."

With Apple's latest macOS High Sierra update, users are able to stop third-party content providers from tracking them across websites to advertise products and services. It may sound small but it's just one measure amongst many Apple takes to protect your data and your privacy.

In that light can anyone really trust Google's new found privacy and security religion that they'll be promoting at this morning's Pixel 3 event? With Google relying on advertising revenue, it's hard to not crack a smile every time they try to tell us to trust them.