Home Archives Contact Us Subscribe Twitter Facebook MeWe Parler Patently Mobile
Adobe Announces Photoshop Creative Cloud, Project Aero for AR Creators and more is coming to iPad in 2019
Samsung is aiming to use a 6.66" Display for their Note 10 in 2019 along with 5G Connectivity and more 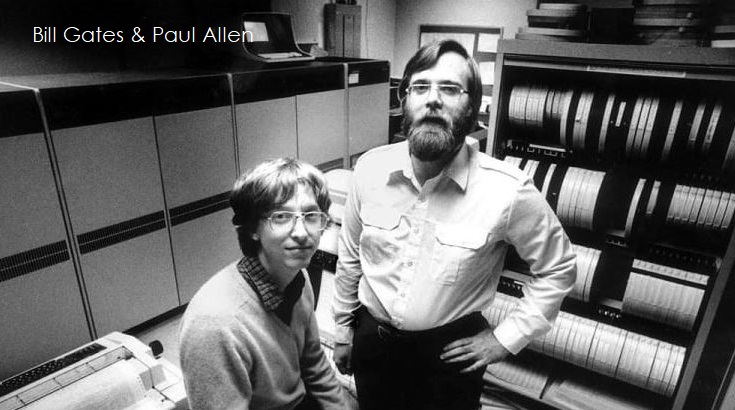 Microsoft Co-Founder Paul Allen has died from complications of non-Hodgkin's lymphoma, Vulcan Inc. said Monday on behalf of his family. Allen passed away Monday afternoon in Seattle at 65 years old, Vulcan said. His sister, Jody, said he was "a remarkable individual on every level."

Earlier this month, Allen revealed that he had started treatment for non-Hodgkin's lymphoma, the same type of cancer he overcame nine years earlier. The longtime CEO left Microsoft when he was first diagnosed with the disease. For more on this read the full CNBC report here.

Below is a statement put out by the current CEO of Microsoft, Satya Nadella. 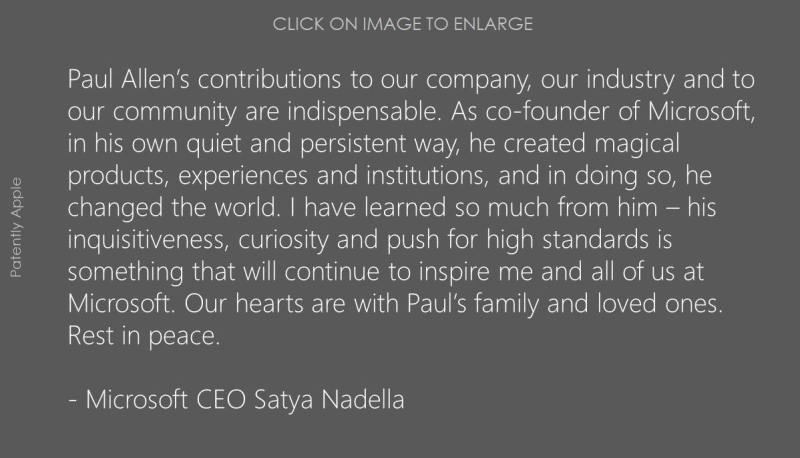 The co-founder of Microsoft Paul Allen met with Steve Wozniak Apple's co-founder for the first time in 2017. Read about that story here.