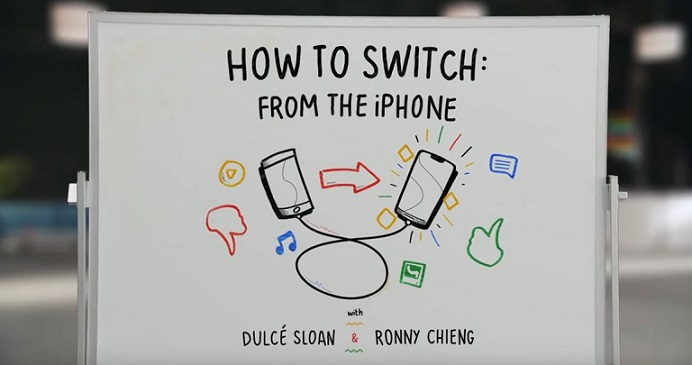 There was a time where Apple's CEO seem to talk a lot about Android switchers during Apple's quarterly financial conferences. The last time I have Cook on record during a Quarterly conference call mentioning switchers was back on July 27, 2016. Cook has noted at that time that "Overall, we added millions of first time smartphone buyers in the June quarter and switchers accounted for the highest percentage of quarterly iPhone sales we've ever measured."

I had to re-check my records this afternoon because a new report published by the Consumer Intelligence Research Partners (CIRP) was claiming that their research showed that Android smartphone fans were more loyal than iPhone fans. Their stats were clear.

CIRP found that between Android and iOS, loyalty to each has remained steady since 2016, and remains at the highest levels seen. Android has a 92% loyalty rate, compared to 89% for iOS, measured as the percentage of customers that remain with each operating system when activating a new phone over the twelve months ending September 2018. 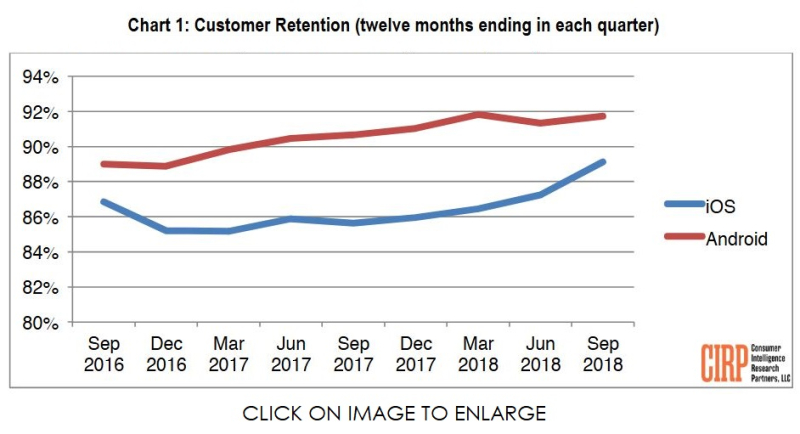 Josh Lowitz, Partner and Co-Founder of CIRP: "Over time we've seen analysis that predicts OS switching, particularly from Android to iOS, will increase going forward. That's absolutely possible, but it would represent a significant change from the long- term trend. These analyses are based asking what consumer plan or intend to do, which as we know is highly subjective and often more aspirational than realistic. The CIRP loyalty analysis is based on what consumers actually did in the most recent quarter.

Mike Levin, Partner and Co-Founder of CIRP: "In the past two years we've seen loyalty rates of iOS and Android begin to converge. While the data indicates Android has a slightly higher loyalty rate, iOS has narrowed what was a small gap to begin with, to the point that both enjoy approximately the same, very high loyalty."

Yet back in June of this year, CIPR published a report titled "What phones do Android Switchers Switch to?" In that report they claimed that "CIRP estimates 15-20% of iPhone buyers in a given quarter switch from the Google Android operating system." The context of the story is about switchers from Android to iOS.

So on one hand CIRP claims that Android fans are super loyal and more loyal than iPhone fans at 92% and on the other hand they report that 15-20% of iPhones sales in a given quarter are from Android switchers. The funny math doesn't seem to add up.

It would appear that CIRP analysts are throwing darts at a board during happy hour and going with whatever sounds salable in that quarter. They probably take the odds that no one will even bother back checking.

Can I trust CIRP's latest report about Android fans being more loyal that iOS fans? Absolutely not. Though Google believes it as they posted a "Switchers" video this week right after they introduced the new Pixel 3 in New York.