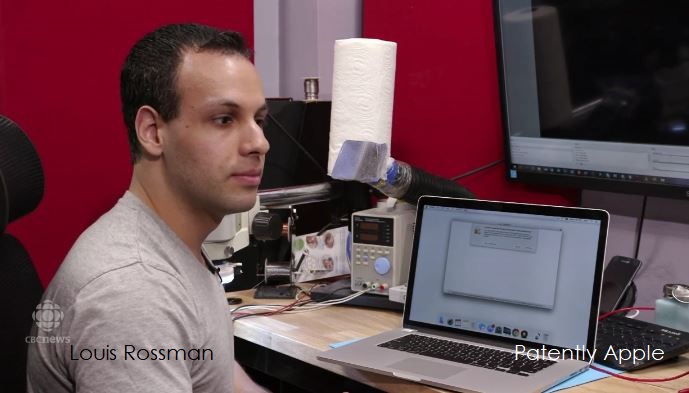 Patently Apple posted a report in early 2017 titled "Apple Set to Fight 'Right to Repair' Legislation in Nebraska." Earlier this month we posted another report on the right to repair titled "Apple has Introduced 'Software Locks' that shut out Independent Repair Shops from Fixing 2018 iMac Pro & MacBook Pro Computers." One of the loudest Apple opponents on the right to repair issue is Louis Rossman of Rossman Repair Group in New York.

The Canadian Broadcast Corporation (CBC) television channel reported on the independent Rossman repair shop that fixes Apple MacBooks at a low prices as presented below. Rossman explains how they can do simple repairs for free or at modest prices. The CBC's embed code doesn't work for us, but below is the audio of the report. For the full video go to the link above.

Rossman walks the CBC reporter through one example where he would charge up to $150 to fix a particular MacBook problem. Then with a hidden video cam, an Apple Genius Bar representative tells the CBC reporter that the same repair would be about $1,000.

A few days after the airing of the CBC segment showing Apple overcharging customers, a battery order for Rossman's shop was seized by customs stating that the parts were counterfeit. Rossman said enough is enough and took to the internet to explain his case against Apple.

After years and years of ordering batteries, days after embarrassing Apple on the the CBC segment, his normal battery delivery was seized. Rossman made it clear he's taking Apple to court to get his batteries back and expose Apple's practices of … well ... screwing their customers.

There's a debate about this on an Apple Reddit channel here. As expected, those who want the right to repair applaud Rossman while Apple fanboys and shareholders attack Rossman over everything he stands for.

Rossman has another video available where he breaks down the legal case Apple lost in Norway against an independent iPhone shop that Motherboard first reported on in April of this year.

Whether you like Rossman or not, it's another case against Apple who is lobbying hard against Right to Repair legislation. I think when a consumer buys a product from Apple and it's outside the warranty, they should have the right to go to an independent repair shop to get the product repaired, especially if Apple says it's too old and they won't fix it.

Motherboard has been covering the issue of Right to Repair from the beginning and they covered Rossman's story on Friday. You could check it out here. A simple search on Motherboard on Right to Repair comes up with 8714 articles, 26 videos. 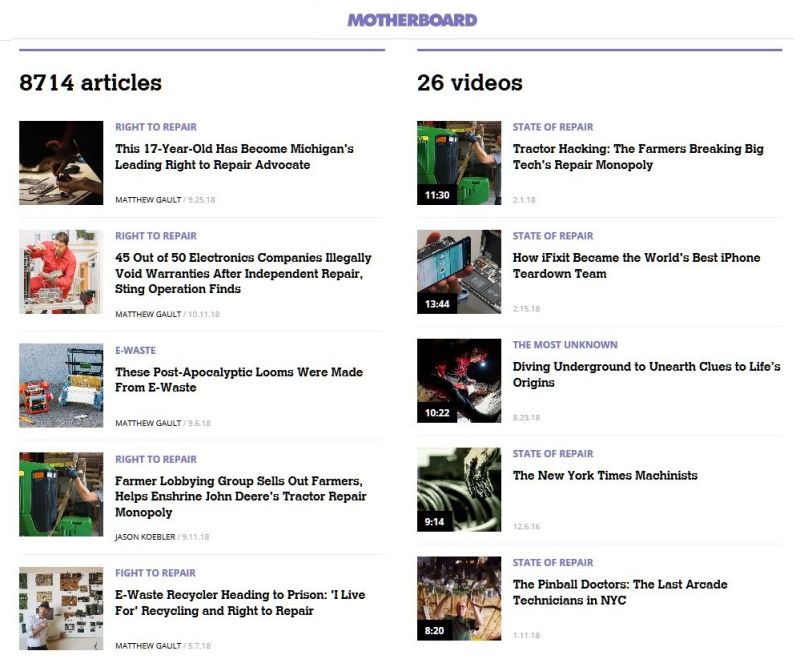