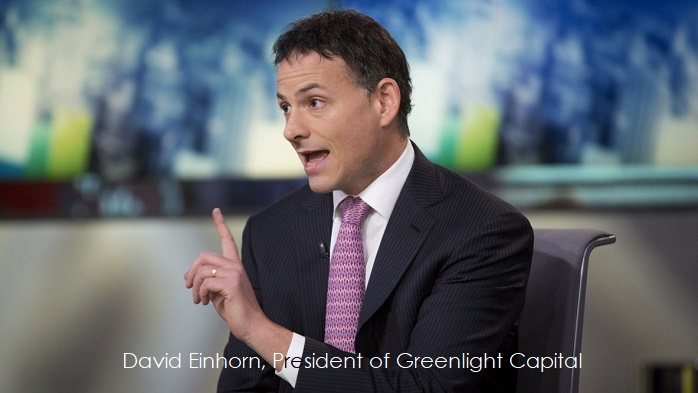 When Warren Buffet buys Apple, investors pay attention. When David Einhorn sells Apple investors pay attention and Einhorn just sounded an alarm about Apple. David M. Einhorn is the founder and president of Greenlight Capital. Einhorn was ranked 44th in the Time 100 most influential list of people in the world in 2013. According to Forbes Magazine, Einhorn has a net worth of US$1.52 billion (as of February 2018) making him the 44th youngest billionaire on the Forbes 400 and the 18th highest-earning hedge fund manager in the world.

Today, David Einhorn's Greenlight Capital sold its remaining shares of Apple due to its heightened valuation and his growing fear of Chinese retaliation in response to U.S. tariffs, according to the billionaire's third quarter letter to investors.

Einhorn stated: "We ultimately sold because our differentiated thesis from 2011 has become consensus. We are somewhat worried about Chinese retaliation against America's trade policies."

Greenlight cut its stake in Apple by 77 percent in the previous quarter, or 486,000. Einhorn's firm sold the remaining Apple stock on Aug. 31 at $228 a share, the letter said, offloading about $40 million.

Since Greenlight's first purchase of Apple in May 2010, the firm said its investment earned clients over $1 billion.

Apple shares skidded after his announcement, down 2.4 percent. It's bound to flutate until the closing bell. You could check the NASDAQ chart here for the latest summary.