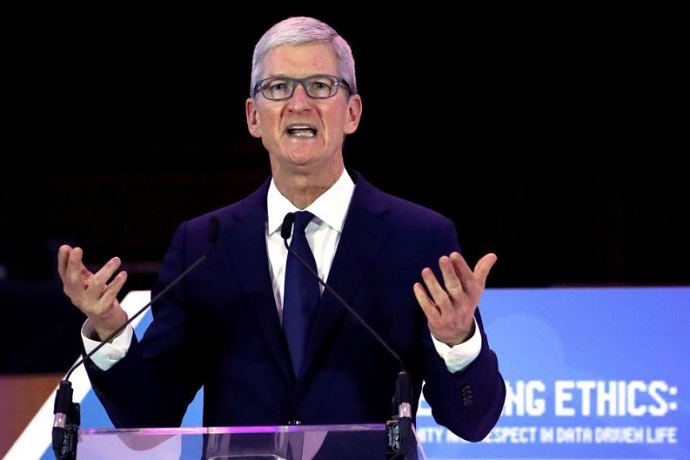 "The desire to put profits over privacy is nothing new,' Cook told a packed audience of privacy regulators, corporate executives and other participants. Then Cook's speech took a disappointing twist.

Instead of Apple's CEO staying focused on what Apple is doing for privacy, he used this European pulpit to spew his personal political views about "governments abusing users’ data and their trust, a concern for many with elections coming up in several countries worldwide. Cook added that "Rogue actors and even governments have taken advantage of user trust to deepen divisions, incite violence, and even undermine our shared sense of what is true and what is false."

I found that part of the speech noted above a little annoying if not disappointing by talking politics prior to the U.S. election in November. Though overall, when on topic, Cook delivered a notable speech that you could check out in full in the Reuters report here.

When on point, Cook's speech did get under the skin of Facebook's ex-security chief and you could check out our report on that point here.