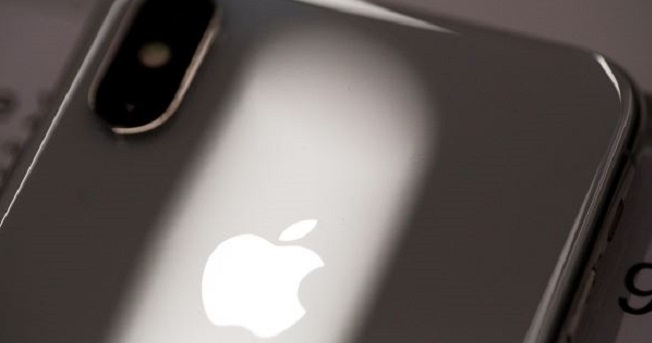 Yesterday Apple and their Contract Manufacturers filed an opposition brief / memorandum in San Diego. Florian Mueller of FOSS Patents who is covering the Qualcomm-Apple patent infringement cases extensively, especially in Germany and the U.S., reports that in simple terms, Qualcomm is trying to duck any patent-specific decisions on infringement, validity, and (especially) exhaustion. They just say they have 130,000 patents and want billions in royalties.

Mueller's commentary is supported right at the start of Apple's brief under the "introduction" segment wherein they state: "As Qualcomm's pattern of conduct should now make clear, Qualcomm is desperately seeking to make this case about the value of its "immense portfolio of patents" in the abstract while avoiding any discussion of the actual merits of any of the patents that Qualcomm claims are valuable." Based on that, "The Court should deny Qualcomm's latest attempt to avoid putting its patents to the test."

For the record, the yellow highlighting in this report is not found in Apple's filing but rather added by Patently Apple for emphasis.

Apple goes on to state in their motion that "Qualcomm's narrow covenant not to sue ("Covenant") does nothing to moot the exhaustion, invalidity, and noninfringement counts that Qualcomm seeks to dismiss.

Qualcomm's Covenant is carefully worded to promise only that Qualcomm will not sue Apple or the CMs for infringement of the nine patents-in-suit 'under the patent laws.' Yet, nothing in Qualcomm's Covenant prevents it from making claims about these patents to support its demands.

Despite the Covenant, Qualcomm contends that Apple and the CMs owe billions in royalties and that these patents assist in demonstrating the value of the Qualcomm patent portfolio being licensed. As a result, questions of whether the patents-in-suit are exhausted, invalid, or not infringed remains highly relevant and subject to the Court's jurisdiction.

The claims that Qualcomm seeks to dismiss are similarly material to the 'broader licensing dispute.' For years, Qualcomm has pursued illegal and abusive business practices aimed at extracting exorbitant royalties from companies, like Apple and the CMs, in the market for baseband processor chipsets that cellular devices use to communicate. In this case, Apple and the CMs have challenged Qualcomm's licensing of patents for which Apple and the CMs owe Qualcomm no payment because they are exhausted, invalid, and/or not infringed.

For example, patent exhaustion issues arise throughout Apple's Complaint and the CMs' Counterclaims, including in counts seeking (1) a declaration of unenforceability of patents due to exhaustion (2) declaration of unenforceability of the CMs' license agreements, (3) a determination that Apple is entitled to restitution of monies paid pursuant to the CMs' license agreements for patents that were exhausted, and (4) violations of the Unfair Competition Law including Qualcomm's seeking and obtaining license fees from Apple and others for exhausted patents.

Importantly, Apple's and the CMs' claims for exhaustion extend beyond just the nine patents-in-suit. Apple's and the CMs' pleadings raise a broader case or controversy 'regarding the exhaustion of Qualcomm's patent rights with respect to patents substantially embodied in baseband processor chipsets sold by Qualcomm to Apple's CMs.'

Qualcomm itself has put at issue in this case the exhaustion of 93 additional patents by claiming that they are essential to certain cellular standards with which Apple products comply, and by using them to support its assertions regarding the value of its portfolio.

More specifically, in response to the claims of Apple and the CMs, Qualcomm is trying to prove that Apple and the CMs owe billions in royalties based on the value of its entire portfolio. Qualcomm's Covenant as to the nine patents-in-suit does nothing to moot the broader case and controversy over the exhaustion of other patents in Qualcomm's portfolio, including the 93 declared standard-essential patents ("SEPs") that Qualcomm has now injected into the case. Because Qualcomm's Covenant does not moot the case or controversy over the exhaustion, invalidity, and noninfringement counts, the Court should deny Qualcomm's motion.

The rest of the brief covers Apple's 'Factual Background.' In the conclusion of Apple's brief they state in-part: "Apple and the CMs respectfully request that the Court deny Qualcomm's partial motion to dismiss, as to their Counts of unenforceability due to exhaustion, invalidity and noninfringement."

To read Apple's full motion before the court and Florian Mueller's broad analysis of the motion, click here.

For those deciding to review the full Apple brief on FOSS Patents, let it be known that the first 26 pages of the 103 Scribd document found in Mueller's report relate directly to Apple's brief.  Beyond that point are other documents and exhibits that are both viewable and not viewable that could confuse matters.

01: Legal Analyst Claims that Qualcomm is clearly Stumbling in their battle with Apple in Mannheim Trial due to Tech-Savvy Court

03: Qualcomm is angry over a U.S. International Trade Commission Judge Refusing to Ban iPhones in the U.S.

04: In Qualcomm's most recent case against Apple, we learn that Apple cleverly developed a Workaround in iOS 12 to defeat Infringement

05: An Expert Opinion from the Swedish Patent Office says that Qualcomm's Patent used to Sue Apple Should be Invalidated