Apple's fourth generation MacBook Pro was announced on October 27, 2016. It replaced the function keys with an interactive, multi-touch "Touch Bar" and a Touch ID sensor integrated into the Power button as noted in our cover graphic. Apple was granted their first patent for the Touch Bar in November 2017 and a second granted patent in March 2018. Today Apple was granted their third patent for this invention with major patent claims added. 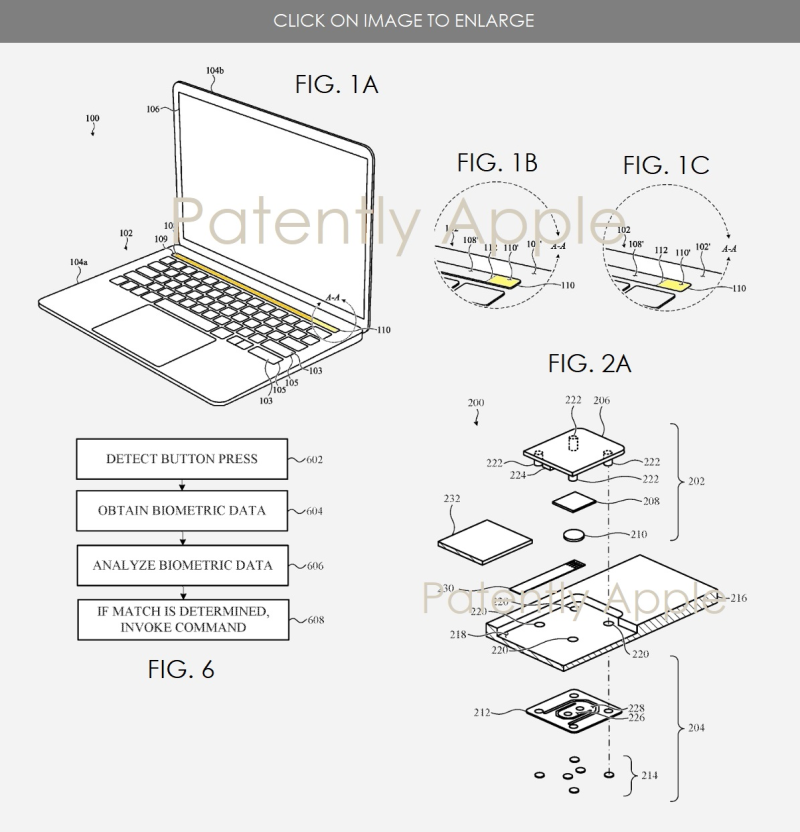 The differences between one granted patent and another always resides in differing patent claims.

Patent Claim #12: "A button assembly for a laptop computing device, the button assembly comprising: a button cap comprising: a frame; a cover attached to the frame and forming an external surface of the button cap; a bumper extending from an edge of the frame and configured to pivot against a housing of the laptop computing device in response to a button press; a spring plate coupled to an interior surface of the housing below a through-hole in the housing, the spring plate coupled to a standoff extending from the button cap through the through-hole; and a biometric sensor coupled to a bottom surface of the cover."

Apple's granted patent 10,089,512 was originally filed in Q3 2016 and published today by the US Patent and Trademark Office.