A Wave of Chinese Smartphone Vendors coming to the U.S could hurt Samsung and put Pressure on Premium Priced Phones 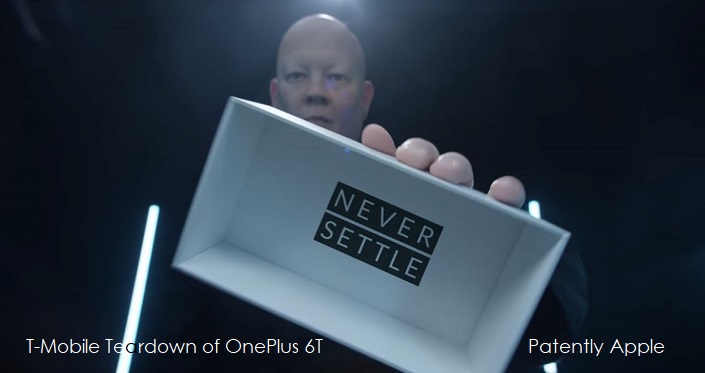 Samsung is lucky that the U.S. government shut Huawei from entering the U.S. market this year because Samsung's sales would have taken a beating during the holiday quarter. Then again, another aggressive Chinese smartphone vendor called OnePlus that is backed by Qualcomm and T-Mobile launched their first U.S smartphone this morning at an event in New York.

The OnePlus event was originally set to launch tomorrow on October 30th but they didn't want to debut their new smartphone on the same day that Apple was holding their iPad event.

Below you'll find the full OnePlus keynote for those who are interested in knowing what the competition is up to; especially a new player in the U.S. market.

The new OnePlus 6T smartphone is the first in the U.S. to deliver under the display fingerprint scanning and at an affordable price of $580.

T-Mobile has a great limited time deal for anyone interested. Try $280 broken down with $0 down and 11.67 per month for 24 months. This could really hurt Samsung sales in the U.S. for the first time. The Unboxing video below shows you some of the phone's specifications and more.

Last week we covered the new smartphone from Xiaomi which will hurt Samsung in both China and India, if not parts of Europe where the two square off. Xiaomi also sells the Pocophone for $300. So if Xiaomi comes to the U.S. in 2019, the one-two punch from OnePlus and Xiaomi could devastate Samsung's U.S. sales.

No wonder Samsung wants to be first with 5G modems and a folding smartphone. If they can't deliver something hot in 2019, they're going to get run over by new Android vendors in the U.S. that have every intention of eating their lunch.