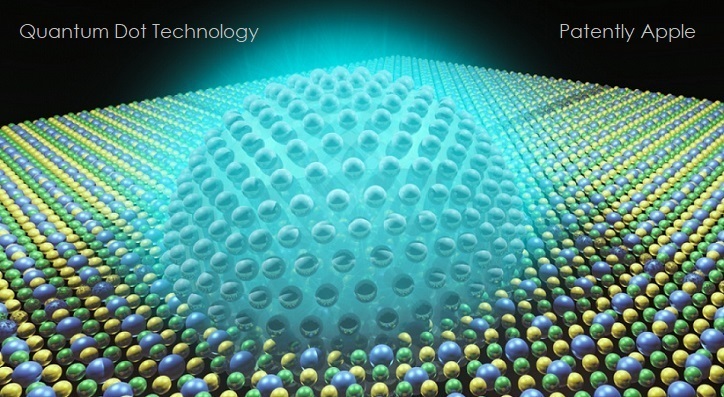 Today another of Apple's Quantum Dot patents has been published by the U.S. Patent Office titled "Displays with Collimated Light Sources and Quantum Dots." The twist to this particular quantum dot invention is that Apple is integrating a Holographic layer and element into a quantum dot display.

Further into our report we show you videos of a company well ahead of Apple on this front that will provide you with an idea of what Apple is likely working on with today's patent revelations.

If successful, Apple would be able to add a 3D mode to future iPhone and iPad displays that would be able to deliver a powerful immersive experience without users having to wear 3D glasses.

In Apple's patent background they say that electronic devices often include displays. Backlit displays such as backlit liquid crystal displays include backlight units. A backlight unit produces light that travels outwardly through an array of pixels in a display. The pixels modulate the intensity of the light from the backlight unit to create images on the display. Backlight units help ensure that displays can display images in a wide variety of ambient lighting conditions.

When exposed to pump light, the quantum dot elements may emit light for forming images on the display. A liquid crystal layer, thin-film transistor circuitry, and one or more polarizer layers may be used to form pixel structures in the display layer that modulate the light intensities of individual pixels.

At the present time we have no concrete idea what specific products that Apple is thinking of applying quantum dot display to. It's like playing pin the tail on the donkey. Apple throws every product into the mix. Apple states the following in their patent filing:

Thanks Apple, that narrows it down for us.

Unless you're an engineer specializing in display technology, you'll find the patent a difficult read. However one thing that stood out is that quantum dot displays may have an advantage with holographic imagery.

Apple points to integrating both a "holographic element" and "holographic layer" to a future quantum dot display. Though in typical Apple fashion, the patent application never really defines what the holographic elements and/or layers would bring to this next-generation display. 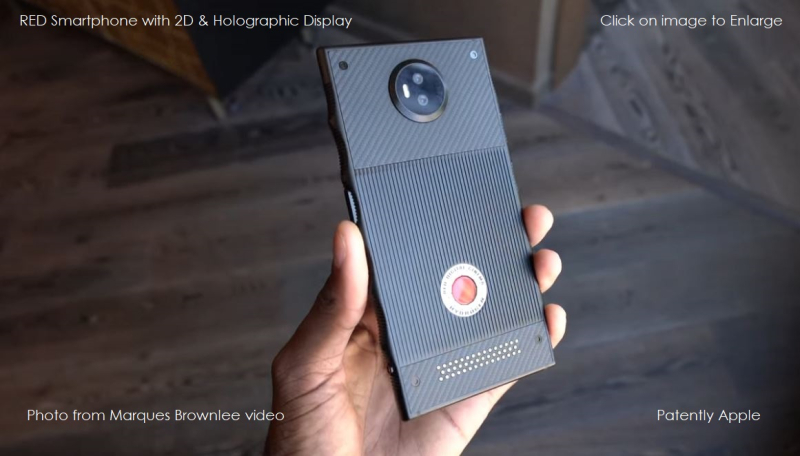 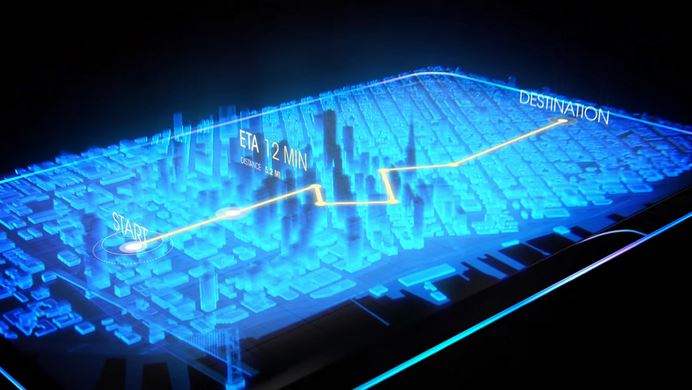 The Verge (video report), Engadget (written report) and Marques Brownlee (video report) have covered the RED smartphone and were all kind of vague about the 3D holographic display concept and exactly what it delivered.

One concept is illustrated in the image above and in the second video below of a 3D holographic map displayed on a smartphone.

What is the company aiming for? The graphic below provides you with Leia's big picture overview of where this could go and what their new display technology brings to the table. 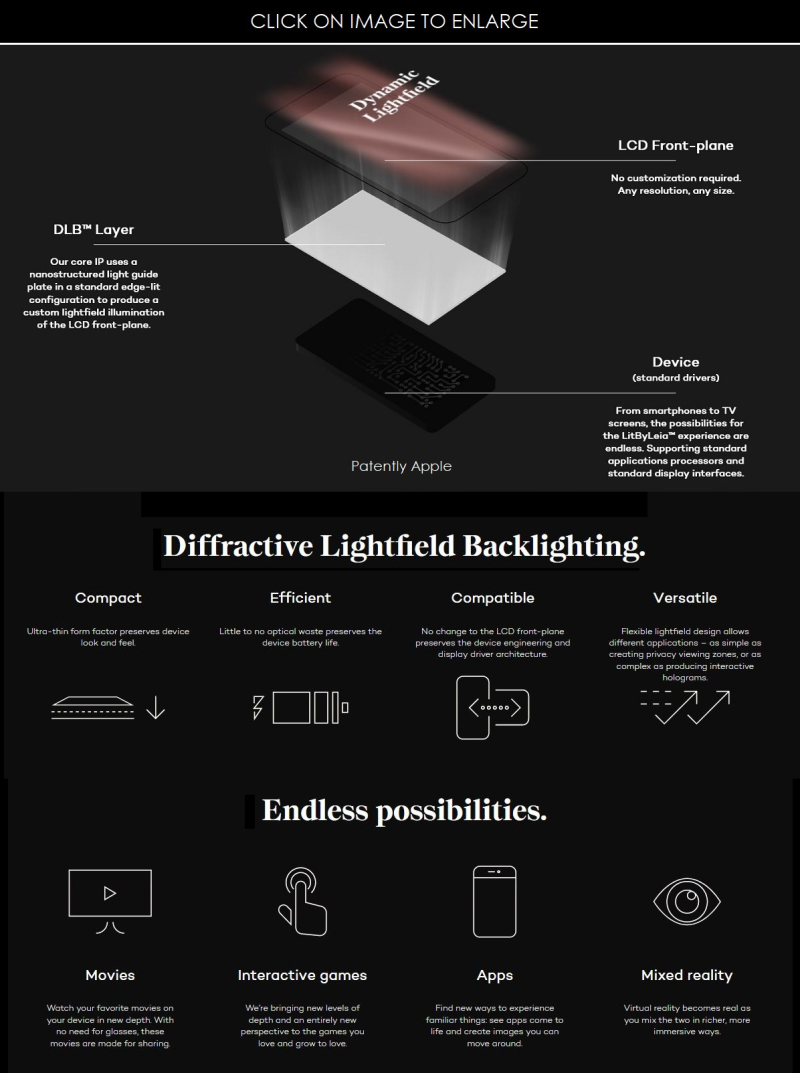 Which way is Apple going with their Quantum Dot Display that provides a holographic layer and elements? Is it to bring next-generation AR to life on iDevices like the iPhone and iPad? Is it to bring a next-generation of content for an Apple TV to compete with Sony Bravia and Samsung? Or will it be used to deliver stunning mixed reality content for a future headset and/or smartglasses?

For now all we're left with is a technical patent that doesn't provide us much to work with in terms of a specific end device the display is being designed for.

What we do know is that Apple has spent a ton of money on acquisitions such as LuxVue and InVisage to get the upper hand in delivering next generation display technology based on micro-LED and Quantum Dot. They're not spending all of that money to simply improve the Retina display marginally. Whatever they're working on will definitely be significant.

The scope that we presented in the Leia Inc. graphic would certainly be a boon for Apple who has the best brand for computers, mobile devices with their eye on expanding to add smartglasses, a headset, Project Titan and so forth.

Apple's patent FIG. 7 below is a side view of an illustrative direct-lit light source cell having a light collimation structure such as a holographic element. 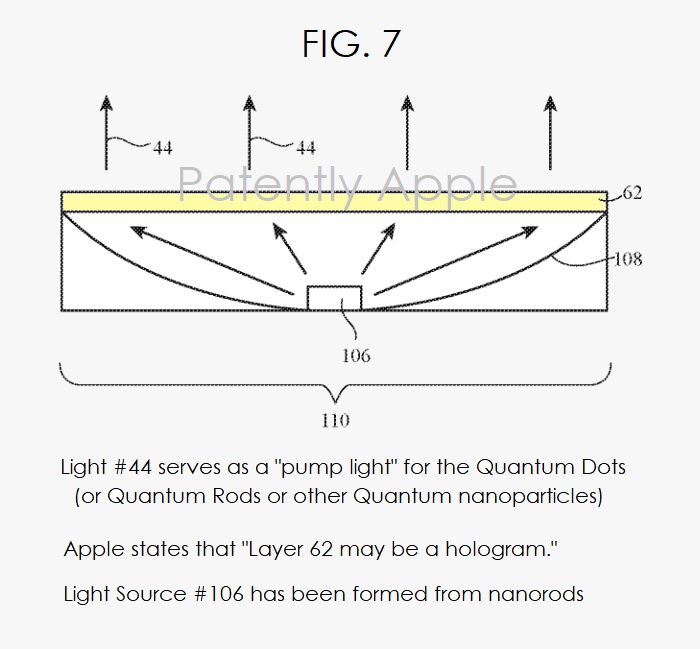 Apple's FIG. 15 noted below is a cross-sectional side view of a portion of an illustrative display with a holographic layer with an angularly dependent light transmittance. 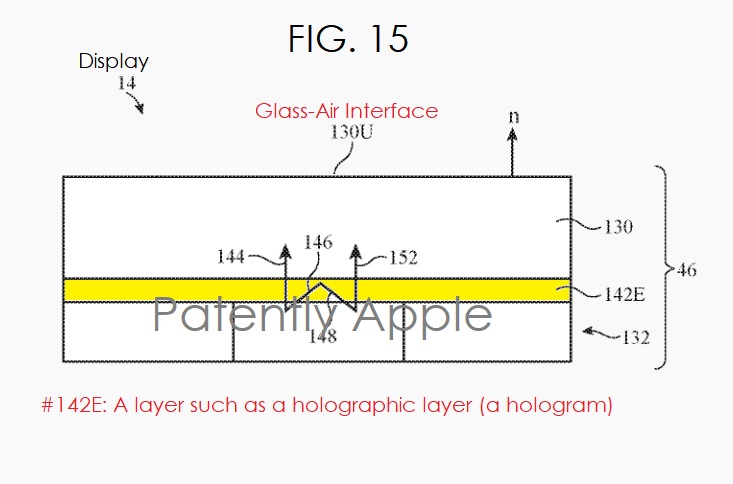 And lastly, Apple's patent FIG. 17 below is a cross-sectional side view of an illustrative display with color filter elements and quantum dot elements of different corresponding colors for forming pixels of different respective colors in a display with a non-inverted thin-film transistor layer display configuration. 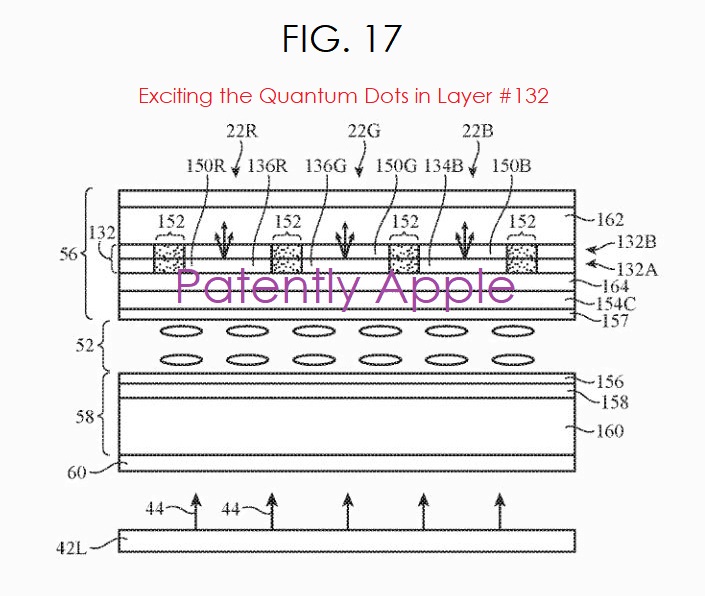 It's always interesting to see who's behind key Apple projects and the Apple engineers behind this invention are as follows:

Jean-Jacques Drolet: Senior Manager, Display Technologies. He was with Apple for a decade and left Apple in October 2017.