Home Archives Contact Us Subscribe Twitter MeWe Facebook Patently Mobile
While Samsung Sings a Confusing tale of a folding Smartphone, they're Deadly Focused on a new Mid-Tier Smartphone Strategy
A new Survey Shows that Apple Fans are excited about the new iPhone Models launching next Week

While Windows Continues to Lead in Business on the Desktop, it's Apple's iOS that dominates in the Handheld Category 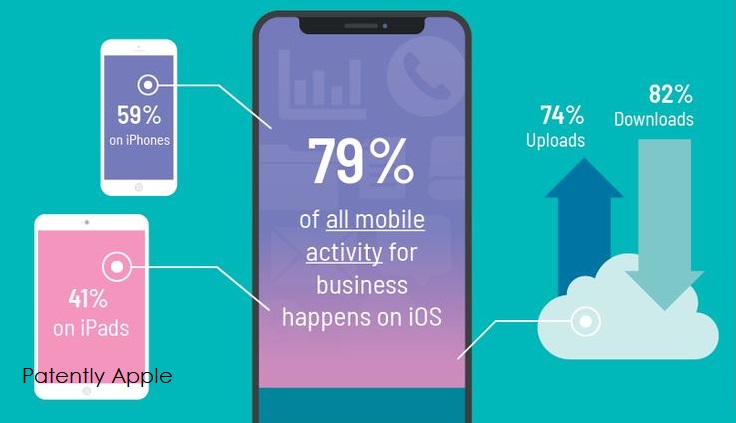 Egnyte's latest deep dive into corporate data continues to show Windows dominating the business PC world with desktops and notebooks while iPhones lead the way on handhelds. It's just another reason why Microsoft should use their patents and re-enter the handheld market. For now, Apple is gaining momentum in the enterprise sector with 79% of all mobile activity for business happening on iOS. More specifically, 59% of business conducted on an iPhone accounts for 59% while the iPad is 41% as a new study shows.

The depth of Apple's strength in business is rather surprising. The infographic below shows iOS activity growth over seven key markets from IT to Healthcare to Financial services and more. 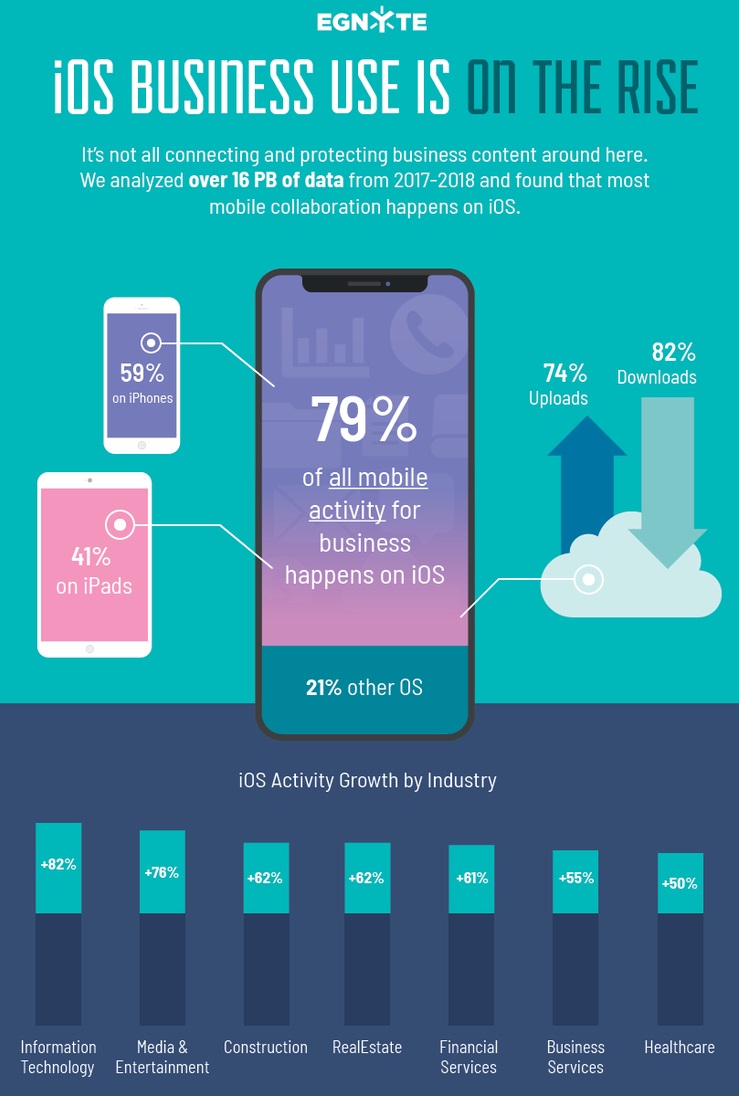 Beyond Windows, Egnyte's data found that iOS eclipses Android in the office by almost four times.

The data's breakdown also revealed that the top phone for business data use within the last year (August 2017 to August 2018) was the iPhone 7. It became Apple's flagship as of September 2016, so it's not a huge surprise the 7 was the dominant iPhone in that timeframe. iPhone X was down in 14th place, behind a bunch of other iPhone and iPad models.

On the Windows vs. Mac in the enterprise, it's no contest. Windows wins hands down. The data showed the percentage of business activity on Windows is a full 90.8 percent. And that's up from last year's look at similar data, when Egnyte saw "only" 88 percent use by Windows.

In May of this year the Egnyte platform was PCMag Editors Choice Product. You could download the free Egnyte app for iOS at the app store. Below is a basic overview (2 years old) of Egnyte on iOS.