While Apple's new iPhone Line-Up is bound to shake the Market next Week, Updates to Apple Watch and iPad Pro may Surprise 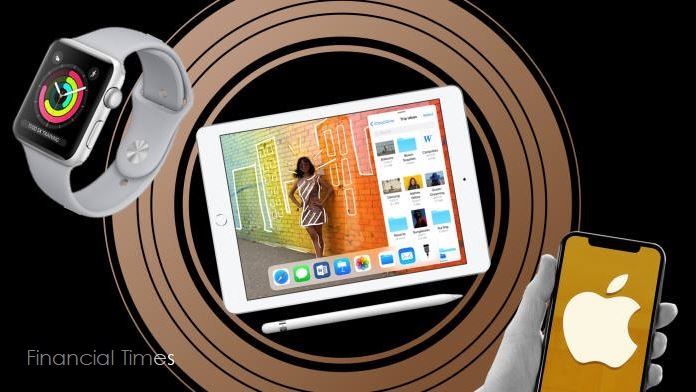 Apple's iPhone event next Wednesday will deliver a powerful new series of iPhones that will have much more market punch than last year's models as Face ID extends to three iPhones this year along with much larger displays. Apple's iPhone still holds roughly two-thirds of Apple's revenues and it will continue to get the lions share of attention from Apple in terms of pushing new innovative ideas to market year in and year out.

A new report by the Financial Times today see's Apple making a big push to advance Apple Watch and iPad during this event and for the holiday season.

Apple is expected to launch a new Apple Watch that's thinner and with a user interface update. The Financial Times is predicting that the Apple Watch will overtake the iPad in unit sales over the next year.

In July, Apple revealed that its wearables business— which includes its Beats and AirPods headphones as well as the Watch — had seen 60 per cent growth in the most recent quarter, bringing its total sales for the previous 12 months to more than $10bn. "This is a product category that essentially didn't exist three years ago," said Luca Maestri, Apple's finance chief.

At the same time, after an education-focused event in March that saw Apple upgrade its entry-level iPad, the tablet could muster only 1 per cent year-on-year unit growth, with revenues still in decline.

Carolina Milanesi, analyst at Creative Strategies told the Financial Times that although the iPad could see its biggest upgrade cycle in years it's Apple Watch that is now more important to Apple's long-term future.

The miniaturization of technology will not only advance Apple Watch but enable Apple to deliver future products like smartglasses. Apple's SVP of Industrial Design Jonathan Ive spoke with watch magazine Hodinkee on this and said that "the opportunity is phenomenal."

While Apple Watch is likely to get more attention from Apple over time, the Apple event is likely to deliver some of the most radical changes to the iPad's design since its debut with a smart thin bezel and the elimination of the Home Button. For more on this, read the full Financial Times report here.

With the new iPad Pro design, working on one would further blur the line with notebooks. With the Home Button and large bezel gone, it will simply look like a next-gen notebook design, especially if their smart keyboard gets an update with a chiclet based keyboard (option).

More importantly, if Apple allows mice to easily work with the iPad Pro, it could be the catalyst that could push general notebook users to finally consider the iPad Pro going forward. That would definitely give the iPad Pro more market appeal. The current iPad Pro is still a tablet pretending to be a notebook replacement. Apple needs to finally blur that line to get the sales needle moving in the right direction again. That's what I'm hoping for next week.

While the Financial Times may be right About Apple Watch overtaking the iPad in terms of revenue over the next year, I think it's Apple's AirPods that are distorting the growth in Apple's wearables segment of the market that grew 60% last quarter. I'm not sure that the Apple Watch alone will overtake the iPad.

Yesterday we learned that Apple's Beats by Dre signed a multi-year global partnership with the NBA. Beats will be the official supplier of headphones, wireless speakers, and other audio gear for the NBA, WNBA, NBA G League, and US national basketball team. In the big picture, that's bound to further strengthen Apple's "wearables" statistics over time.

While sports enthusiasts will be cheering on the Apple Watch next week, I'm hoping that beyond great iPhones, that the iPad Pro takes a giant leap forward. While it won't steal the show by any means, it could definitely make it more interesting to watch.

What are you looking forward to the most next week beyond iPhones? Send in your comments below.