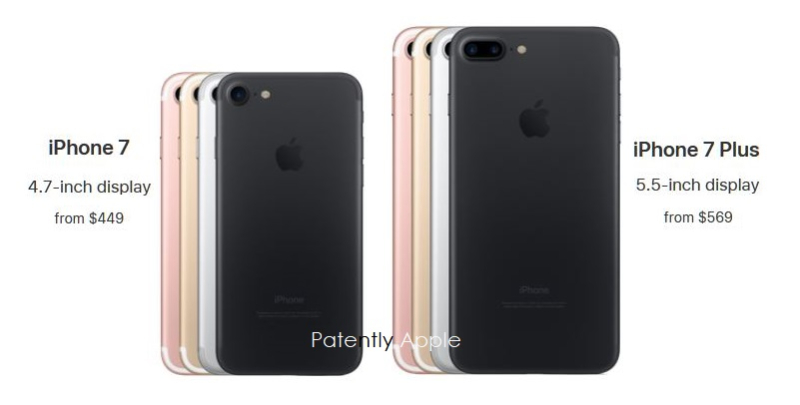 According to a new analytical report this morning, the global premium smartphone segment grew faster than the overall smartphone market. This was driven by increasing shipments from Chinese players, which have recently upgraded their flagships and are positioning them at a higher price point, at launch, compared to their previous flagship models. Though no matter what the Chinese vendors have done to date, 88% of the top end premium smartphone market is owned by Apple.

The one statistic that was a great surprise to me in this morning's report by Counterpoint was that Apple was tied for first spot in the US$400-600 smartphone segment. This clearly shows us that Apple's pricing strategy of pushing their iPhone models down the line instead of eliminating them is paying off big time.

The premium smartphone segment contributed to one fifth of the global smartphone market during Q2 2018.

Close to 40 OEMs compete in the premium segment globally, out of which the top five players account for almost 88% of the sales.

Apple owned 88% of the over US$800 price segment (see the Counterpoint Chart below).

Apple also led the global premium smartphone segment in the US$600-800 segment by capturing 44% share (see the Counterpoint chart below).

The low to mid price range segment (the $400-$600 price-band) remains the sweet spot in worldwide smarphone sales. It contributes 45% of the total smartphone sales by volume. 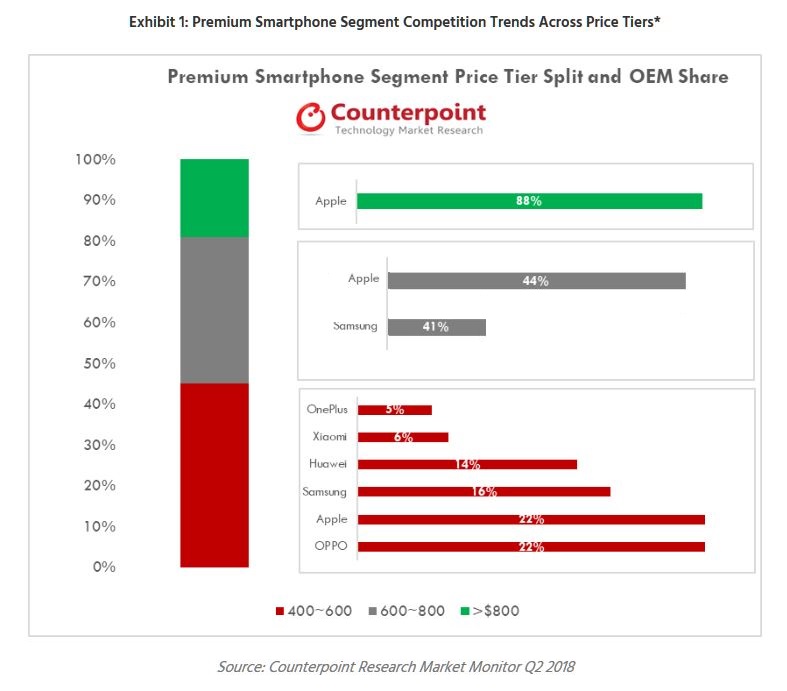 Going forward we expect that competition in the $400-$600 segment will increase as Chinese brands, with their flagship offerings, are planning to expand their presence further.

Apple and Samsung sales were driven by developed markets like USA, China, Japan, Korea and countries in Western Europe. Samsung's share in the $600-$800 segment declined due to fewer than expected sales of the Galaxy S9 series.

Below are the top five brands in the premium segment by different regions. Out of the seven smartphone market worldwide, Apple led in 5 out of 7 segments with Latin American and Central and Eastern Europe being won by Samsung.