Home Archives Contact Us Subscribe Twitter MeWe Facebook Patently Mobile
Qualcomm is angry over a U.S. International Trade Commission Judge Refusing to Ban iPhones in the U.S.
An Apple Executive was Shot and Killed today by a Police Officer in a Car Chase 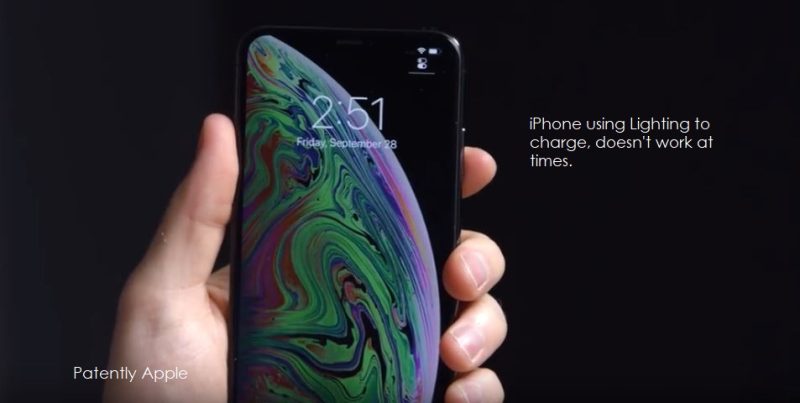 On Wednesday Patently Apple posted a report titled "Do the new iPhones have a Secret built-in 'Beauty Mode" that Artificially Smooths out Selfies?" By Friday it was being reported on by most tech sites. Lewis Hilsenteger, owner of Unbox Therapy, admitted that he was simply amplifying the news that broke on Redditt. But with over 12 million subscribers, his amplification gets a lot of eyeballs very quickly.

Well, he's doing it again this morning using an Apple Forum entry (click on image below to enlarge) as the basis of his new video report.

To be fair, angry Apple fans wrote into Lewis asking him to do the video so that it would amplify the issue and get Apple's attention and hopefully get a fix quicker. So in this case Lewis is supporting Apple fans that are experiencing this problem with their new iPhone XS phones. 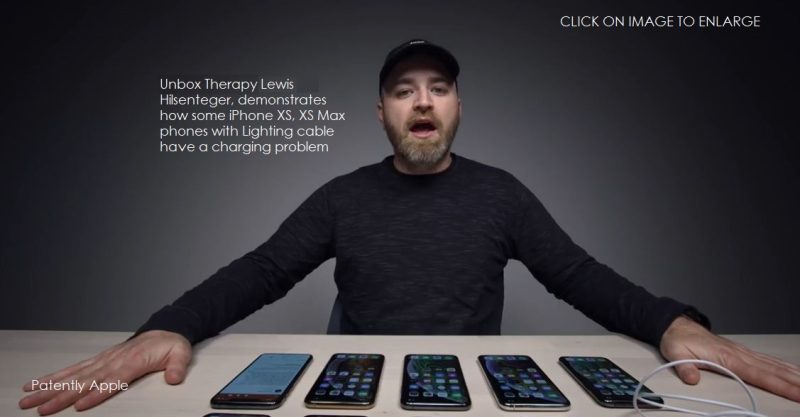 The screenshot above shows Lewis testing out a series of iPhone XS and XS Max. On most phones the problem seemed minor but on a few the problem seemed deeper. The inconsistency should be fixed and Apple is likely to be able to get it fixed rather quickly … well hopefully. If you've experiencing this issue, then send in your comment below describing the problem.