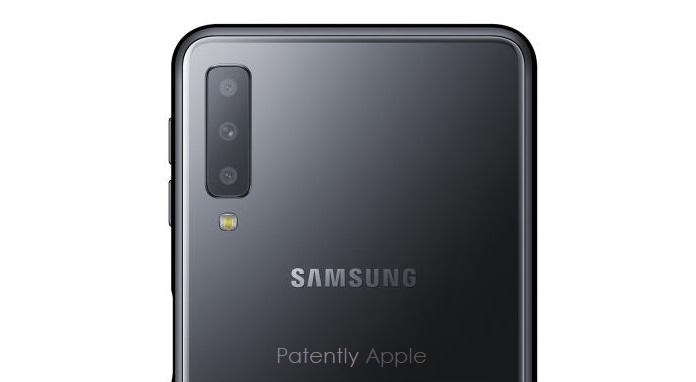 Back on August 13 Patently Apple posted a report wherein we pointed to Samsung's mobile chief talking up a folding smartphone and a new focus on mid-tier smartphones to stop Chinese vendors from continuing to take market share from them at an alarming rate.

Koh stated during Samsung's press conference after introducing the Note 9 in New York that "For the past six to seven years, I have used 70 percent of my energy on premium smartphones, but the high-end phones have less importance in emerging markets such as India, South America and Southeast Asia. Samsung's upcoming mid-range smartphones will solidify our lead in emerging markets, featuring more innovative technologies."

The likes of Xiaomi, Vivo and Oppo have been eating Samsung's lunch by focusing on delivering some high-end features to mid-level smartphones which is really appealing in China but also India and elsewhere. We surprisingly learned yesterday that Apple is actually a major player in US$400 to US$600 mid-range of the smartphone market. This is forcing Xiaomi and others to focus on the $250-399 price points.

Xiaomi has the world buzzing over their new US$300 Pocophone F1 that offers a great range of technology for a budget phone. In North America, Lewis Hilsenteger who runs the Unbox Therapy video blog raved about it recently in his review as noted below.

Marques Brownlee, a huge iPhone fan, did a review on the Pocophone F1 as well and he really, really liked what Xiaomi has done here. The thing is that Xiaomi is scheduled to finally hit the U.S. next year and getting North Americans hyped up for their smartphones is really what this new phone is aiming for in addition to grabbing more market share in emerging markets.

That's why Samsung's mobile Chief said back in August that there were going to reinvent their mid-tier smartphones to fend off aggressive Chinese vendors.

Today we're learning about their new Samsung Galaxy A7 2018 model that will launch next month which takes their budget smartphone and boosts it with modern specifications to compete with smartphones like the Pocophone F1. 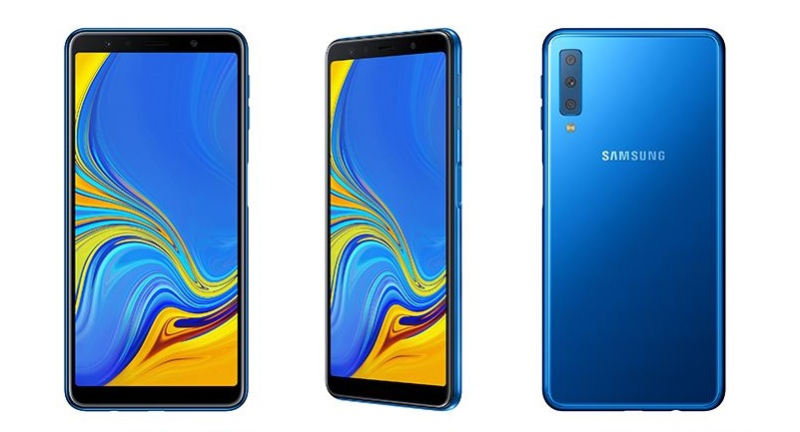 The new Galaxy A7 will introduce the first budge smartphone in world to introduce a triple-lens camera system that wasn't even available for the new Galaxy Note 9.

According to Samsung, the rear-facing camera and the high-resolution 24-megapixel selfie shooter will be some of the killer features of the phone. The Galaxy A7 model sports a 24M standard lens, a bokeh lens that alters depth of field, and a 120-degree super wide-angle lens.

For the very first time, Samsung has a clean looking smartphone back side with a set-up a little like Apple's iPhone X series. Yet the new triple-lens camera seems to be flush with the back panel, something I wish Apple will finally do someday.

In order to provide a nice clean backside design, we see that Samsung removed their back side fingerprint scanner and placed it on the phone's power button now positioned on the side frame of the phone.

Unlike Samsung's high-end Galaxy lineup, which have a fingerprint scanner on the back, the fingerprint sensor of the mid-range A7 is placed under the power button located on the right side of the smartphone frame.

And lastly, the A7 will sport a 6-inch full-HD+ Super AMOLED Infinity Display and Dolby Atmos audio technology usually associated with only premium smartphones.

"Samsung is committed to delivering meaningful innovation to all consumers across the Galaxy family, no matter who they are or where they are in the world" said Koh Dong-jin, CEO of Samsung's mobile division, in a press release.

The company plans to hold an official launch event on October 11 in Kuala Lumpur and release the new phone next month in select European and Asian markets.

Kim Dong-won, an analyst from KB Securities stated that Samsung will try to expand its market share by beefing up the hardware specifications, including the cameras. The Galaxy S10, Samsung's next flagship smartphone expected to be unveiled in late February is anticipated to feature two front camera modules and three rear camera modules.

Rumor is that the Galaxy A7 will sell for about US$400, a little more than the Pocophone but with a better display and camera. Now that the Pocophone F1 is out, we can understand why Samsung is releasing this new jazzed-up A7 at a competitive price. Unfortunately it's not aimed for the North American market this year. Should Xiaomi officially land in the U.S. in 2019, expect Samsung to unleash an Galaxy A7 next year. For Android fans, this is going to be big news and easy on the wallet. 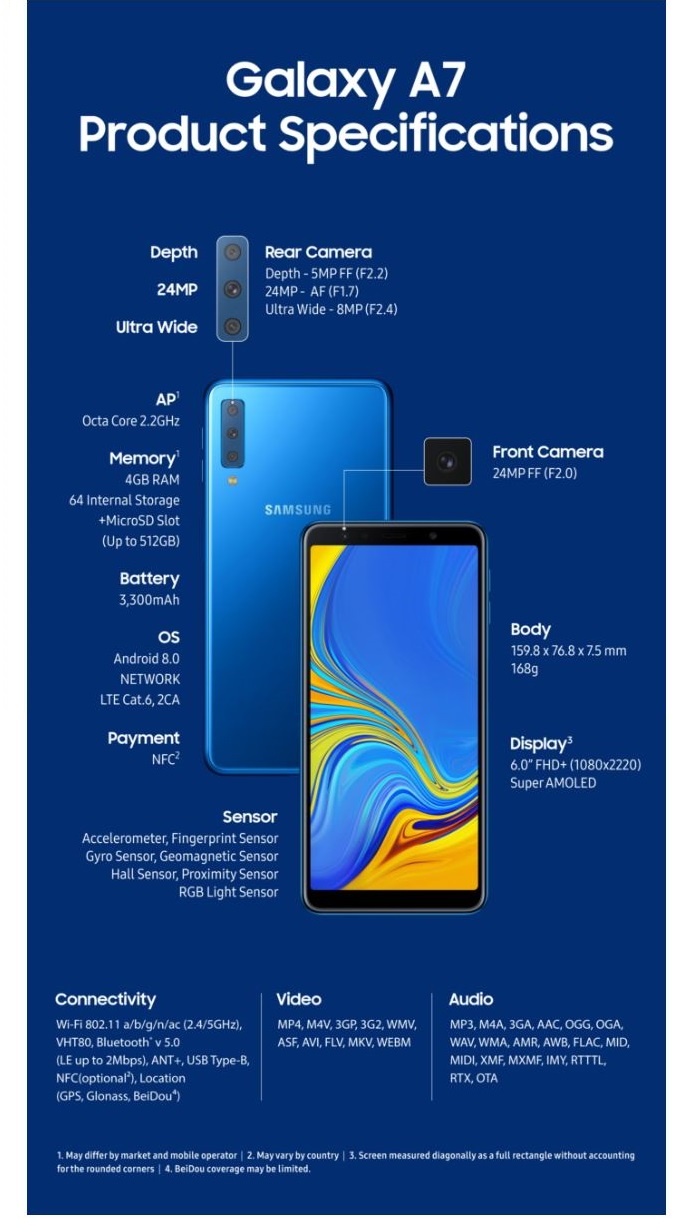