Home Archives Contact Us Subscribe Twitter Facebook Patently Mobile
Apple Files for ResPro and ClassKit Trademarks in Hong Kong & Europe
SiriusXM Set to Acquire Pandora for $3.5 Billion to boost active user base to Over 100 Million in the U.S. 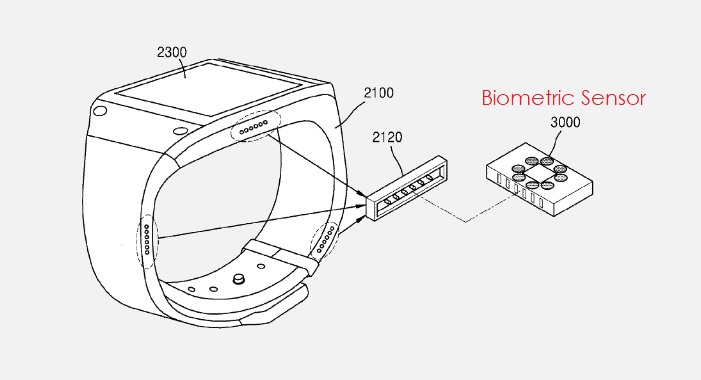 Apple just introduced their new Apple Watch 4 with an advanced built-in sensor system that connects to electrodes that support the taking of an ECG test by simply having the user touch the all-new Digital Crown as shown below.

Samsung who loves to gain worldwide glory for being first-to-market with new smartphone features just got the rug pulled from beneath them and their patent-pending biological sensor for a future Galaxy Watch. 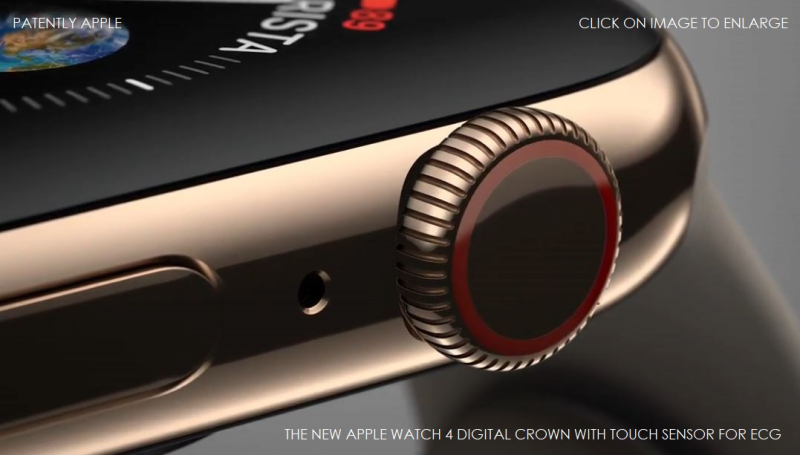 Two weeks ago the U.S. Patent & Trademark Office published a patent application from Samsung about insertable and attachable biometric sensors designed for a future Galaxy Watch and/or other Samsung wearables.

In Samsung's patent summary they note that "One or more exemplary embodiments provide a wearable device capable of having a sensor for detecting a biological signal easily attached thereto or detached therefrom, and a method of controlling the wearable device.

According to another aspect of the invention, there is provided a wearable device including a strap or band that could be configured to accommodate a detachable sensor device and receive biological signals as noted in Samsung's patent FIG. 4 below. The strap part may include a wiring configured to connect the first interface and the main body. 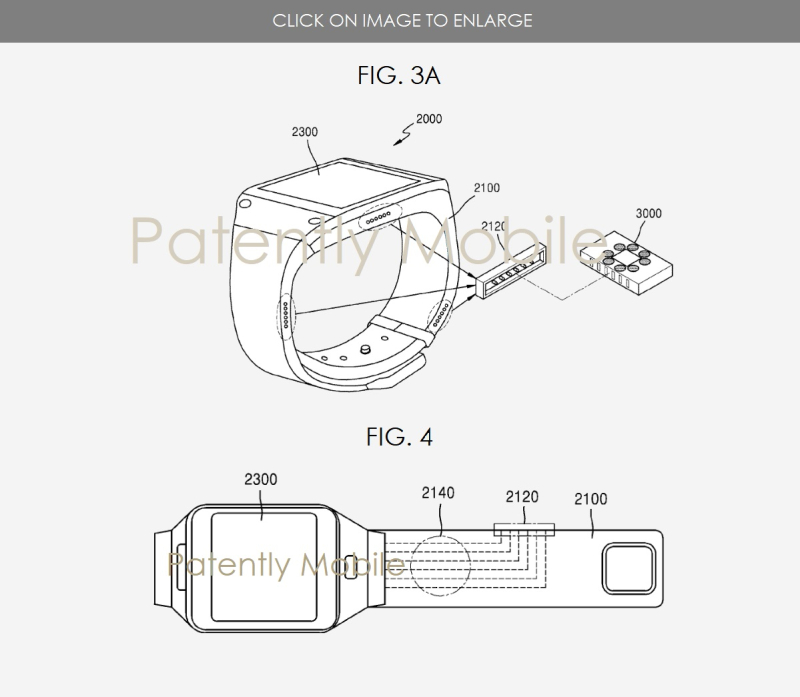 Samsung's patent FIG. 8 below illustrates an insertable biological sensor that could be placed in the Watch much like a SIM card. The bottom of the band or watch as noted below provides an area for the user to place their finger on for testing. 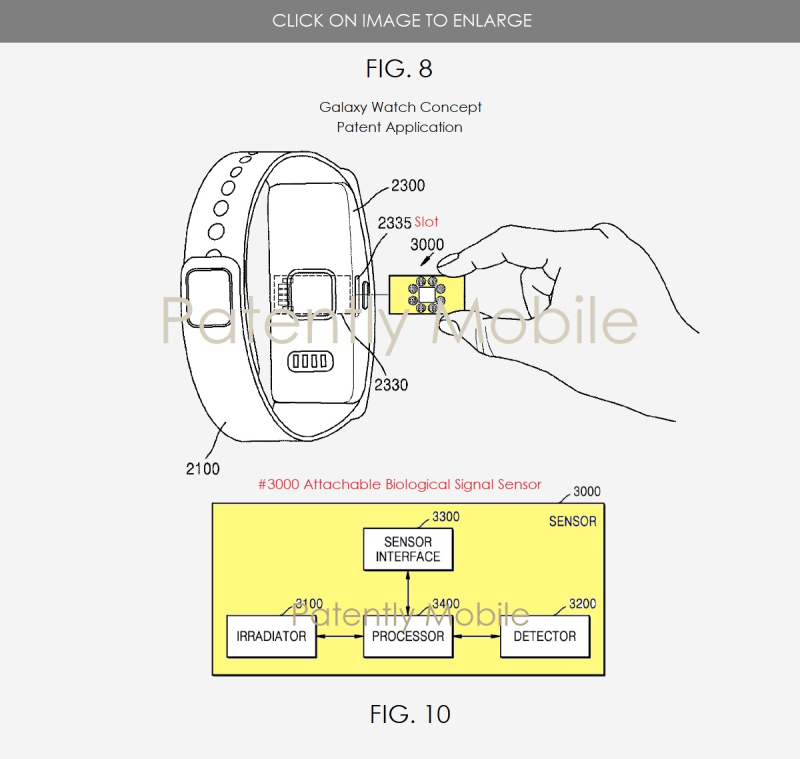 Samsung's patent FIG. 10 is a block diagram illustrating a configuration of a sensor that is attachable to or detachable from a wearable device.

The advantage of the biological sensor being attached to the watch instead of it being built-in is that it won't drain the battery.

According to the Samsung filing, an indicator on the wearable device may notify a user of biological information such as blood sugar levels, body fat levels, body temperature, sweat, and creatinine levels.

Further, the wearable device may include a communication unit that transmits the biological information to an external device such a smartphone or tablet.

Yesterday Patently Apple posted a report titled "Apple and Samsung Appear to be in a Silent Race to Deliver Advanced Sleep Monitoring Health Apps and Accessories."

Apple on the other hand has already beaten Samsung to market with their Apple Watch introducing an ECG feature and we know by patent filings from Apple that they're likewise working on ways to test blood sugar levels, take blood pressure (via an attachable cuff or other means), and offer sunscreen detection and more.